From cheerleader to owner: Mzwanele Manyi buys TNA and ANN7 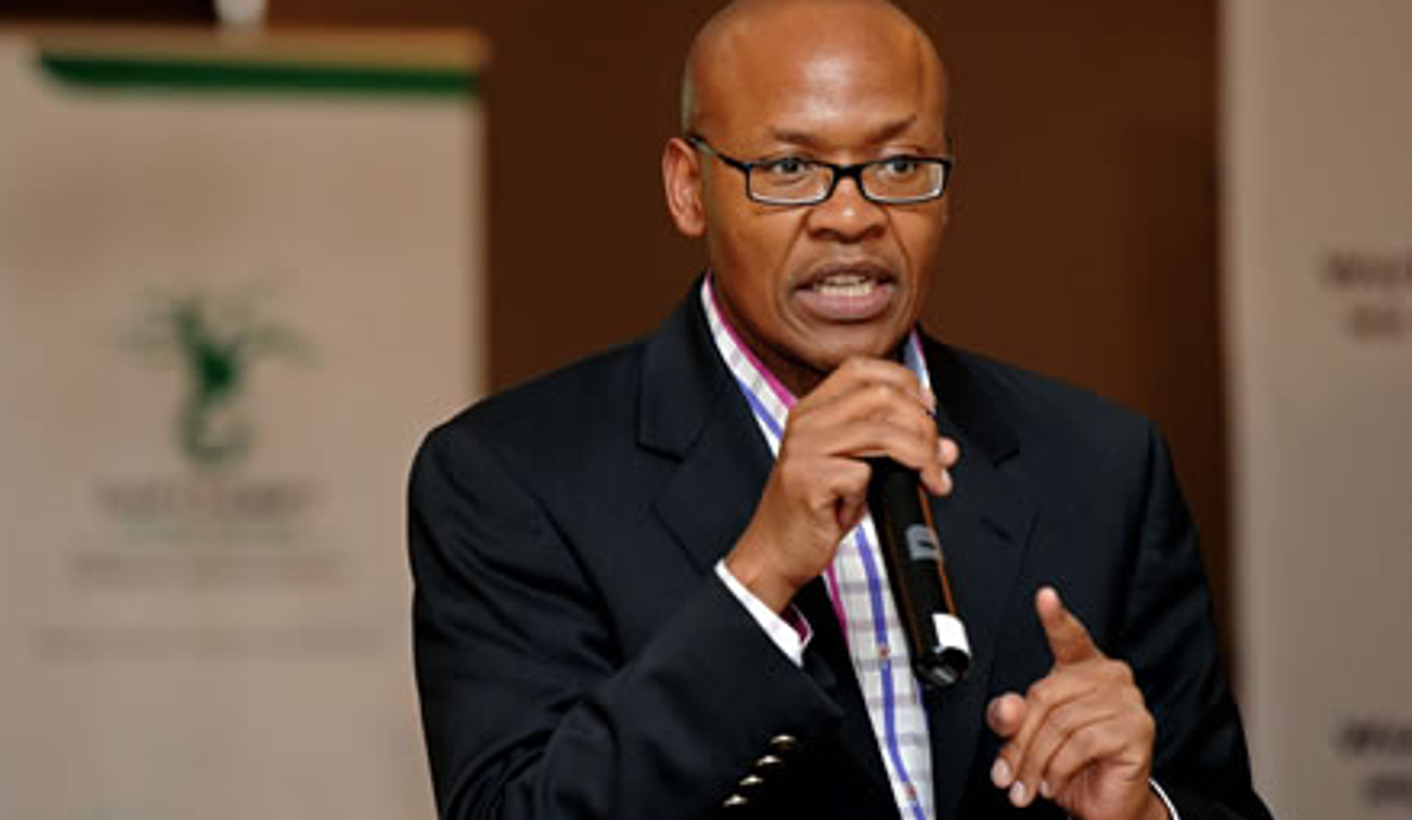 The Gupta family’s Oakbay Investments announced on Monday it had sold its media companies ANN7 and The New Age to their ally Mzwanele “Jimmy” Manyi. His history shows the outlets are likely to continue as mouthpieces for government factions. By GREG NICOLSON.

Manyi has been one of the Gupta family’s most strident defenders and his work has clearly paid off. In a statement on Monday, Oakbay said it had sold Infinity Media, which operates broadcaster ANN7, and TNA Media, which runs newspaper The New Age, to Manyi’s Lodidox and Management for R450-million.

Oakbay said the sale would provide certainty to more than 7,500 employees at the media companies and allow the Guptas to focus on defending themselves from “unfounded media allegations”. Manyi’s company is buying The New Age for R150-million and ANN7 for R300-million. The deal was sponsored by Oakbay through a vendor financing agreement, meaning the Guptas loaned Manyi the money to buy their companies.

“I am delighted to have reached an agreement with Oakbay and look forward to successfully completing the deal. These are two strong businesses which are full of potential and, under the right external circumstances, can become an increasingly important and relevant part of the South African media landscape,” said Manyi. The companies expect to complete the deal within the next few weeks, subject to regulatory requirements.

“In addition, I am particularly impressed that the shareholders of Oakbay have agreed to do a vendor financing at acceptable terms as part of their commitment to transformation and to expedite the transaction.”

Oakbay’s acting chief executive Ronica Ragavan said, “We are delighted to have reached an agreement with Lodidox and the management team; the sale of our shareholdings will secure the future of these businesses and help preserve the jobs of their employees. Both businesses are inherently sound and well positioned for growth in their respective market segments. We wish them every success in the future.”

Since their establishment, the media companies have largely been used by the Gupta family as propaganda outlets, defending both the family and President Jacob Zuma from attacks. Former employees have said their work is regularly edited to fit with the family’s agenda.

The New Age has profited off the family’s ties to government leaders, earning lucrative advertising, subscription and event deals with the state, despite its low readership. ANN7, the 24-hour news channel broadcast on DStv, is widely known for the poor quality of its production and biased debates pushing the Gupta family’s agenda.

Manyi has featured on the channel as a panellist and often advances far-fetched defences of the Guptas and Zuma. The #GuptaLeaks emails showed Manyi had sent his CV to Gupta family employees, reportedly in the hope of being appointed at a state-owned company. He was also tipped to become the director-general at the department of mineral resources but wasn’t appointed due to his lack of qualifications. He served as the head of the Government Communication Information System and was known for his abrasive style of communication.

The company Lodidox was registered in 2012, but Manyi was appointed as a director only in June this year, according to company records. Lodidox’s inactive director, Christian Gouws, resigned in the same month that Manyi joined. Manyi leads the Progressive Professionals Forum group, but earlier this year announced he had resigned from operational duties at the Black Business Council after some in the council were reportedly concerned about his public statements.

The sale of the Guptas’ media companies comes as the family is under increasing pressure. The police and National Prosecuting Authority appear reluctant to act on the mountain of evidence tying the family and their associates to state corruption, but public pressure has made it difficult for the family to continue its South African business operations.

South Africa’s top banks last year closed the Gupta family’s accounts and the Bank of Baroda announced this year it would stop doing business with the family. Without a bank to work with, operating The New Age and ANN7 would be extremely difficult and employees were reportedly warned their jobs were at risk.

The circulation of South African print publications has been rapidly declining and broadcasters like ANN7 face large operational costs. The Gupta outlets appear to have little advertising, other than from government. Manyi could attempt to continue with their business model, which is largely based on securing advertising and event deals with the state. As a former government spokesperson with close ties to some within the state and the ANC, Manyi could use the media outlets to milk the state if he uses them as a mouthpiece for political interests. DM