Zambia: Hakainde Hichilema released from jail to jubilant reception, more popular than ever 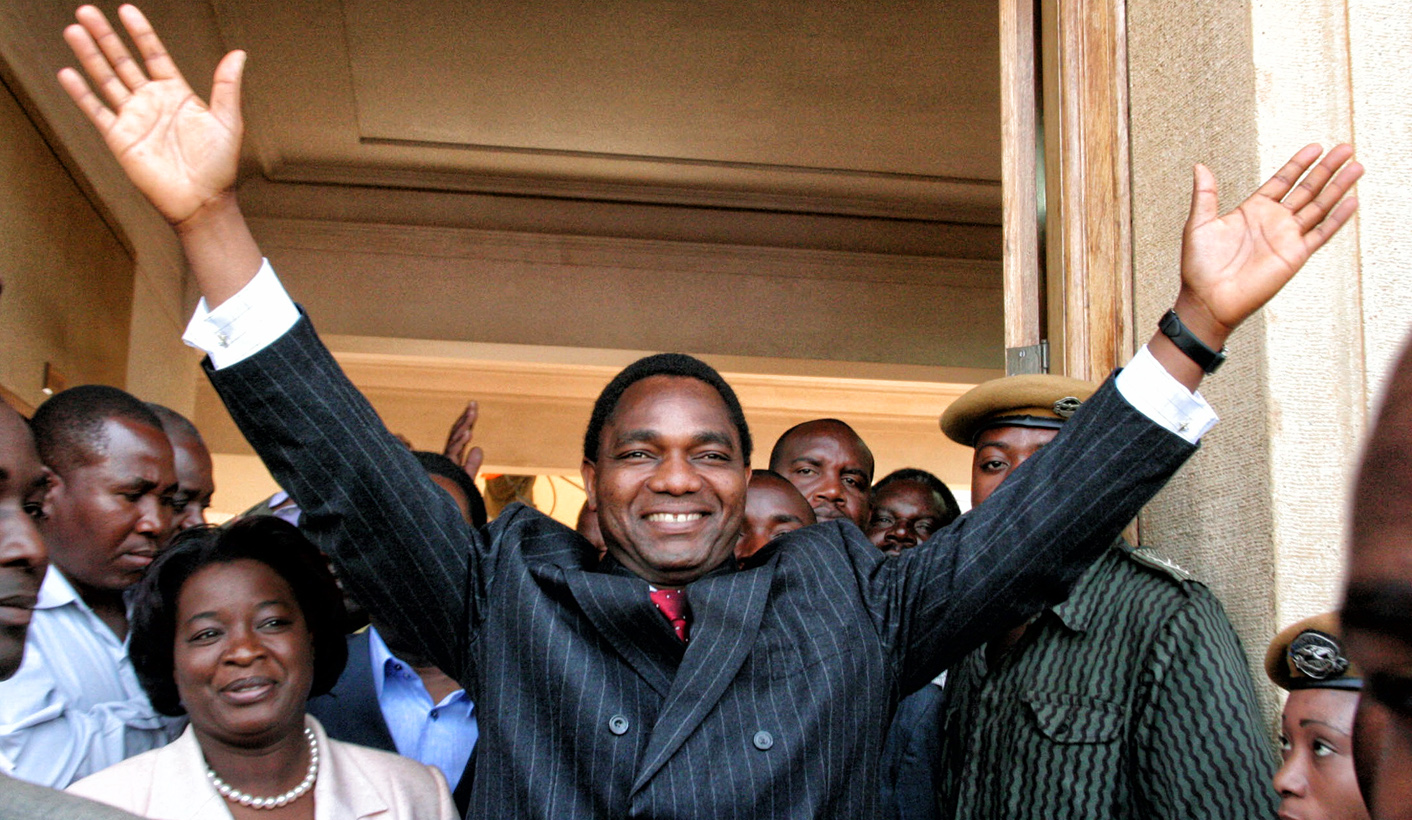 More than 120 days after his house was raided and he was arrested on charges of treason, Zambian opposition politician Hakainde Hichilema rode in a triumphant motorcade through the streets of Lusaka to the cheers of thousands. By KRISTEN VAN SCHIE.

With his red beret-wearing supporters hanging from the sides of a motorcade of cars, freshly released Zambian opposition politician Hakainde Hichilema’s progress painted a strangely similar picture to the motorcade incident that had seen him locked up in the first place.

Then, as he and President Edgar Lungu had both headed to an event in early April, his convoy had failed to give way to that of a leader whose rule he has disputed since the closely fought and sometimes violent 2016 election.

But if Lungu thought he had the upper hand then, it’s a plan that’s not ended well, with the international community praising Hichilema’s release and the president’s long-time rival seemingly more popular than ever.

“Lungu made a hero out of him,” political analyst Laura Miti told Daily Maverick. “The international community is talking about him now. Even his supporters see him in a new light — he didn’t break, he didn’t capitulate. I think it was a real mistake by the president.”

Lungu, meanwhile, has been increasingly criticised for a creeping authoritarianism, particularly after last month instituting a partial state of emergency following a string of fires he labelled as “sabotage”. In a rare and damning statement earlier this year, Zambia’s church leaders slammed his leadership and said the country qualified “to be branded a dictatorship”.

The release of Hichilema and his five co-accused came after what Reuters reported on Monday as a deal brokered by those churches and Commonwealth secretary-general Patricia Scotland, with the understanding that both leaders would “bury the past” and work towards a more stable 2021 vote.

On Wednesday, Scotland said in a statement that she was “delighted” with the day’s developments, which offered “a unique opportunity for the country to move forward in the interest of all Zambians, and to achieve political cohesion and reconciliation through dialogue”.

The European Union delegation in Zambia commended the “forward-looking approach taken by both to promote peace, stability and harmony in Zambia”.

And in South Africa, Democratic Alliance leader Mmusi Maimane, who in May was denied entry to Zambia to attend one of Hichilema’s court appearances, slammed the “trumped-up” charges against his counterpart that were “clearly motivated by a government intent on eliminating a political opponent”.

Speaking to supporters gathered at his home on Wednesday, Hichilema said he would have welcomed the opportunity the fight those charges in court.

“I was ready for trial,” he said. “I was ready and excited. I wanted to see the witnesses standing there lying, telling lies.”

He may still get the chance.

While the charges against Hichilema have been withdrawn, the judge on Wednesday morning noted that he was by no means acquitted and could still be arrested over the same incident again in the future – a way for the government to save face, while keeping a cloud hanging over Hichilema’s head, said Miti.

“It’s an abuse of process to slap citizens with charges that everybody knows don’t have a leg to stand on and then to withdraw them, having kept people in cells for months on end,” she said.

“Had the case gone to trial there was no way Hichilema would have been convicted. You don’t need to be a lawyer to know that.” DM