Makhosi Khoza: Cadre with a conscience removed as ANC discipline is the new factional stick 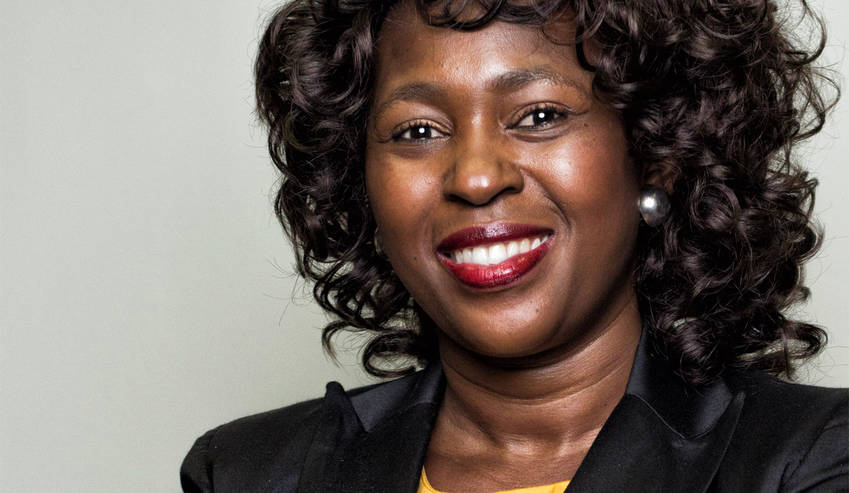 Outspoken ANC MP Makhosi Khoza was removed on Thursday as chairperson of Parliament’s public service and administration committee on the instruction of Luthuli House. This came two days after five ANC MPs boycotted the committee over objections to her being in that position. Officially, the deployment rejig in Parliament is attributed to “a breakdown of relations” and is called “re-organisation”. But the reality is that ANC factional battles, and the use of disciplinary action as a tool in the ANC kit to manage these fractures, has reached well into areas of governance and state. By MARIANNE MERTEN.

Makhosi Khoza has not minced her words in supporting a vote of conscience in the recent no confidence motion in President Jacob Zuma, nor about corruption in the governing party and speaking truth to power. For this, according to the ANC, she was counselled – and when she continued to speak out, she had the disciplinary rulebook thrown at her.

That it was the ANC in KwaZulu-Natal, her home province, which proferred charges for the hearing on 10 September, rather than the disciplinary committee of the ANC parliamentary caucus, was a directive from Luthuli House. Specifically, it was the Office of Secretary-General Gwede Mantashe from where, Daily Maverick understands, also came Thursday’s instruction to remove Khoza, alongside the five MPs objecting to her, from the committee.

“The erosion of trust in her as a chairperson has also led to acrimonious verbal exchanges between her and members of the study group in meetings and on social media,” explained ANC Chief Whip Jackson Mthembu in announcing Khoza’s removal.

Meanwhile, the five ANC MPs – their committee boycott on Tuesday was described as “gross ill-discipline” by Mthembu because they had no “authority to suspend any work they are deployed to do as ANC deployees in Parliament” – by Thursday had received their letters informing them of disciplinary proceedings by the ANC parliamentary caucus disciplinary structures.

The threat of action for gross ill-discipline earlier this month shut up ANC MP Mondli Gungubele after he publicly indicated conscience would be a guiding principle, according to News24. However, given his public statements he could well be one of the three ANC MPs – alongside ministers-turned-backbenchers Pravin Gordhan and Derek Hanekom are others – mentioned by Mantashe when on Tuesday he announced that disciplinary action would unfold against those who had publicly spoken of a vote of confidence rather than toeing the party line.

“Where MPs after the vote of no confidence – at least three of them have done that up to now – go up and confirm they voted with the opposition, we’ll have to deal with that situation… Those who just voted, we are not going to smell them out,” Mantashe told eNCA.

This came after Zuma at the weekend ANC cadres forum in Pongola, KwaZulu-Natal, indicated that party defiance must be dealt with even as it comes from those in charge of the party’s disciplinary hearings in what was a reference to Hanekom, without mentioning him by name. “The issue of what happened in Parliament is something I will discuss with the officials. My business is that as the president I will express my dissatisfaction about the conduct of some members and why,” Zuma is quoted as saying in The Times. “You hear a person saying ‘I’m following my conscience’. Please do not have your conscience, have an ANC conscience. The unity of the ANC is key and paramount to solving problems.”

It’s a veritable disciplinary cacophony in the factional fractures ahead of the ANC December national elective conference.

Much of it is directly linked to the no confidence motion earlier this month, which saw the ANC close ranks and resort to rhetoric of regime change to defeat the constitutional motion held for the first time by secret ballot. The motion came at a vulnerable moment for the ANC: the damaging revelations of the #GuptaLeaks continue to reveal a network of ties between the Gupta family, its companies and associates into senior public service ranks and to politicians, as the low-growth economy slumped into technical recession amid stubbornly high levels of unemployment, poverty and inequality – the three long-standing priorities by the ANC government whose official policies have failed to reverse them.

The numbers – the motion was defeated in a close call of 198 against, 177 for and nine abstentions – clearly show at least 35 ANC MPs defied the party line and voted for, or abstained. Despite the vote having been secret, and thus untraceable, in the factional battles the calls for “punishment” came quickly from those closely associated with Zuma, including the ANC in KwaZulu-Natal and the Free State, and the youth league. And on Sunday from Zuma himself.

Wielding of the disciplinary big stick is factional.

No action has been taken against the group of ANC MPs closely associated with the Zuma grouping who, without informing the parliamentary caucus, lodged a complaint to the Public Protector to also investigate the South African Reserve Bank, National Treasury and major financial institutions for State Capture.

Neither has the ANC taken action against ministers closely linked to Zuma, such as Faith Muthambi, who is in charge of the public service and administration portfolio, or Social Development Minister Bathabile Dlamini, who is also ANC Women’s League president, who thumb their noses at Parliament’s constitutional oversight mandate. Muthambi, Daily Maverick is reliably informed, was at Parliament on Tuesday. The public service and administration committee wanted to ask her about claims of nepotism. But the minister never pitched, and neither did the five ANC MPs.

That this is damaging to Parliament seemed not to matter. Neither do State Capture claims against the ANC’s senior public service deployees, even if an argument could be made that they are falling foul of the ANC disciplinary charge of “abuse of elected or employed office… to obtain any direct or indirect undue advantage or enrichment”.

The ANC constitution in Section 25 is a smörgåsbord of disciplinary charges. These include undermining the efficiency of and respect for the ANC, participating in organised factional activity, misappropriating ANC funds or destroying its property, and being convicted of a serious non-political offence or fraud, racketeering, corruption, or any other act of financial impropriety, and bringing the ANC into disrepute.

Yet no action was taken against Zuma even amid the public outcry over the Nkandla debacle. Or after the Constitutional Court in March 2016 ruled that the president had violated his oath of office and the National Assembly had acted “inconsistent with the Constitution” by replacing the Public Protector’s remedial action that Zuma must repay a percentage of the non-security upgrade costs with its own, that absolved him from any liability.

Nor came any action as the ANC’s electoral performance consistently declined under Zuma’s leadership. It cost the governing ANC its two-thirds majority in Parliament, and more starkly in the August 2016 local government elections, when support nationally dropped to 54% from 62%, control of Johannesburg, Tshwane and Nelson Mandela Bay Metro while elsewhere the ANC clung to council control only through coalitions like in Ekurhuleni.

Amid vocal calls from civil society, ANC stalwarts and veterans, ANC alliance partners and others for Zuma to step down, efforts in this regard have been resisted by the ANC National Executive Committee (NEC).

The ANC cannot afford to discipline its president, Jacob Zuma, because the party would fall apart. But the ANC must discipline those speaking publicly on putting a vote of conscience over the party line in the recent constitutional no confidence motion in Zuma to avoid an unravelling. Both messages were delivered by Mantashe, deadpan.

And so disciplinary action has become a factional tool with a firm view to the ANC December national elective conference as party takes precedence over state, including Parliament. DM

Photo: Outspoken ANC MP was axed from her position as chairperson of parliament’s public service and administration committee on Thursday. Photo: Wikipedia Commons