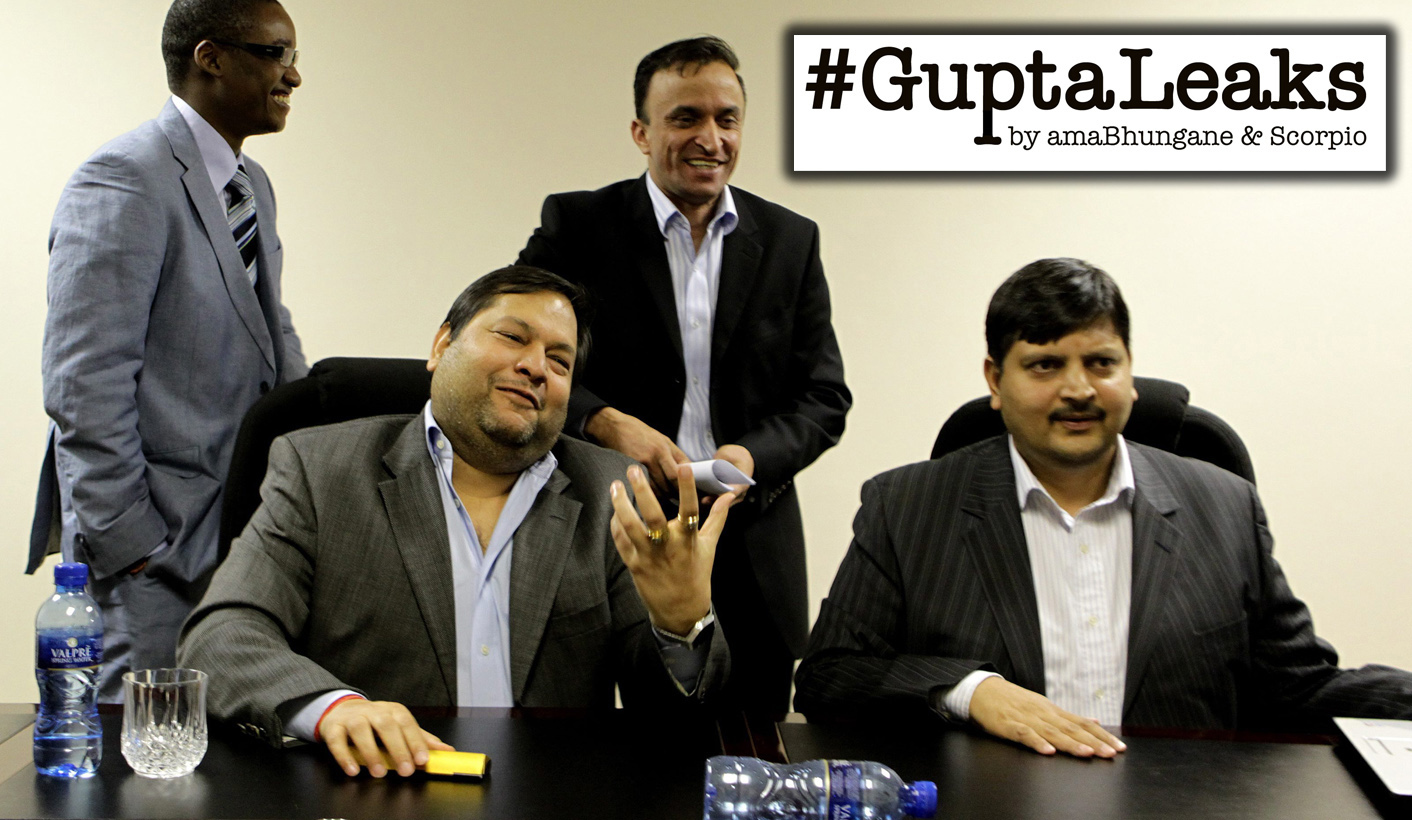 From the time of the notorious 2013 Sun City wedding, the Guptas’ activities in South Africa have attracted a great deal of negative international media attention. Indeed, the reputational damage caused by the Guptas’ state capture to the global image of South Africa is probably incalculable. But one man might be able to help calculate it: Ajay Gupta, who for a full decade – until 2016 – sat on the board of Brand South Africa. That’s the body responsible for crafting a positive image of South Africa overseas. By SCORPIO, AMABHUNGANE and NEWS24.

Brand South Africa is responsible for promoting a “South African Nation Brand identity that will advance South Africa’s long-term positive reputation and global competitiveness”, to quote its online mission statement. Its goals are lofty; in addition to making South Africa look good on the global stage, it also aims to instil “pride and patriotism among South Africans”.

The “official custodian of South Africa’s nation brand” is a government-funded entity which reports to the Minister of Communications. Established by Thabo Mbeki’s administration in 2000, it was originally known as the International Marketing Council of South Africa (IMC). Its board of trustees is appointed by the President of South Africa.

In 2006, one of those appointed to the then-International Marketing Council board was a Mr Ajay Gupta.

This was confirmed by a 2016 statement issued by the Thabo Mbeki Foundation, which read: “Mr Ajay Gupta joined the board of the then IMC by agreement of the board on the recommendation of then Minister in the Presidency, Essop Pahad, who rightly or wrongly thought that [Gupta] had the skills, knowledge and capacity to facilitate the work of the Council – not because of his alleged proximity to the President.”

On an old page of the Brand SA website, Ajay Gupta is still listed as a trustee – though his tenure on the board ended in 2016.

Investigative journalist Pieter-Louis Myburgh’s book The Republic of Gupta quotes former minister Pahad as explaining that Gupta’s “good understanding of India, also China and other parts of Asia” was what led Pahad to nominate him for the board.

The decision to nominate a man who has never been a South African citizen to the board of what is effectively the country’s PR firm seems surprising. Contacted for comment by Scorpio on whether this practice was routine, Brand SA’s Chief Financial Officer Alice Puoane would only say: “The current board of trustees of Brand South Africa does not have a non-South African.”

Asked why Ajay Gupta would be considered an appropriate board member for Brand SA, Puoane replied: “All trustees of Brand South Africa are appointed by the President.”

The appeal of the position for Ajay Gupta is clear. The #GuptaLeaks emails show that as a board member of Brand South Africa, Gupta had access to confidential strategy documents, close communication channels with the Minister of Communications, and invitations to “board strategic planning sessions” involving guests like the National Police Commissioner and CEOs of state-owned entities.

In 2014, for instance, a document was circulated to Ajay Gupta and his fellow board members regarding a “Communication Strategy to respond to the trial of Oscar Pistorius”. It included the suggestion that the Oscar Pistorius trial be presented as “a triumph of our judicial system which is one of the most important pillars of our constitutional democracy”. The document also included a note on what Cabinet’s approach to the Pistorius trial was: a directive not to comment until the trial was completed, which was advice clearly not heeded by a number of leading ANC figures.

In the same year, another memorandum circulated to the Brand SA board members informed them of “messaging in relation to the nation brand reputational issues emerging from the release of the Public Protector’s report” [on Nkandla]. The board was also circulated “draft key messages” for the BRICS summit in Brazil in July 2014.

Though Gupta may have received these communications with alacrity, there is little evidence that the businessman was a valuable addition to the board.

One of the only occasions on which Gupta may have made his voice heard on the board was before the 2010 state visit of President Jacob Zuma to India. At that time, news reports alleged, Gupta told the then-IMC board that his office – and not the IMC – would handle all matters relating to Zuma’s Indian trip.

Asked this week if the allegation was true, Puoane responded: “No such decision was ever taken by the board of trustees of Brand South Africa.”

A former Brand SA board member who spoke to Scorpio on condition of anonymity said that Gupta was extremely inactive in his role as trustee, especially after the 2013 Waterkloof scandal.

This is backed up by the #GuptaLeaks email trove. There is barely any evidence of correspondence with the Brand SA board from Ajay Gupta’s side, beyond a July 2013 email from Gupta’s personal assistant announcing that her boss had “only tentatively accepted travelling to Cape Town for the Consideration of Brand South Africa Report”.

Gupta’s inertia on the board was also confirmed by current Brand SA CFO Puoane, who said: “He was not very active.”

This itself raises questions, however. In particular: why was Ajay Gupta kept on the board for a full decade if he was contributing so little in formal terms?

Puoane confirmed that Gupta’s relationship with Brand SA is now over. “His term of office ended 12 March 2016,” she said.

Though Brand SA has not been shy to weigh in on contentious South African public affairs in the past, its website shows no trace of commentary about the scandalous revelations of the #GuptaLeaks emails over the past few months.

“The Gupta family has consistently failed to respond to questions about the #GuptaLeaks.” DM