Wayde to go: Close, but no double for Van Niekerk this time 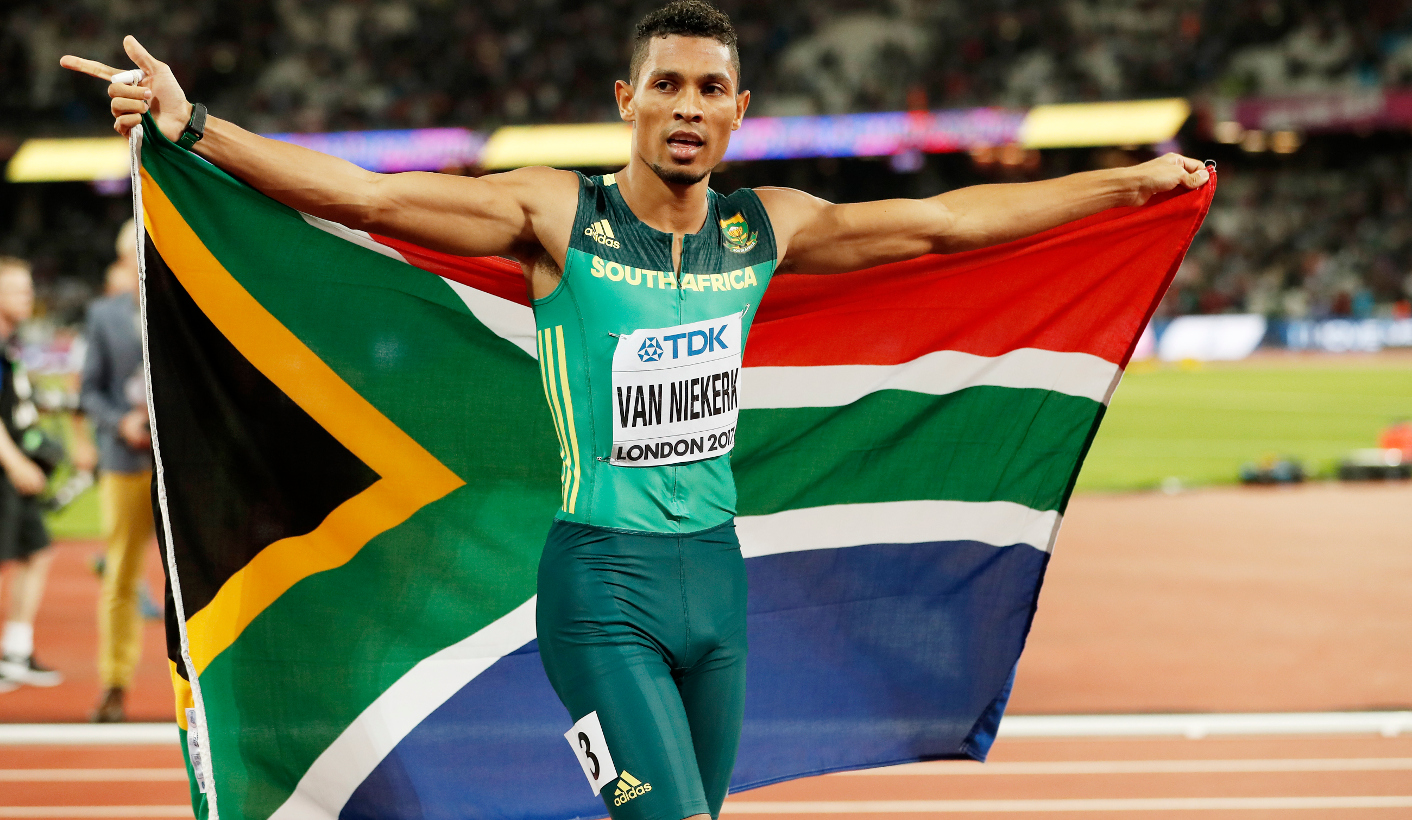 Wayde van Niekerk missed out on a gold medal in the 200m finals at the IAAF World Championships by a few fractions, but it took South Africa’s medal tally to five – their biggest ever haul at the meet. By ANTOINETTE MULLER.

“He was always fast.”

Maybe you can sing Supercalifragilisticexpialidocious. But you certainly can’t achieve greatness.

Truth is, none of us can achieve much in less than a second.

We can do absolutely nothing. But athletes can lose out on a gold medal. A gold medal that they they’d been working towards for days, months and years.

Van Niekerk lost out on doing the 200m and 400m double at the World Championships by just 0.02 seconds in London on Thursday night, finishing with a time of 20.11, just behind Turkey’s Ramil Guliyev, who clocked 20.09.

“He was always fast.”

So fast that he achieved his goal of breaking the 400m World Record a year earlier than planned. And that he was forced to move on to trying to tick the next box a whole 12 months sooner.

That next box was one only Michael Johnson had ticked before. The same Johnson whose World Record Van Niekerk smashed in Rio last year.

Winning both the 200m and 400m was never going to be easy – especially not when it required running six races in six days and even though Van Niekerk missed out on gold this time, his legacy as one of the greatest athletes South Africa has ever produced has already been cemented.

Van Niekerk had already claimed the 400m world title earlier in the week – becoming only the second South African athlete to do so. His pace was way off some of his personal bests, but that hardly mattered. Van Niekerk chases consistency, not records. And he has been nothing but consistent in 2017.

By his lofty standards, it would be a disappointment. For those of us watching from the couch, it’s a sign of what is to come.

After the semi-finals, he’d looked shattered, but managed to find some strength and led the pack for much of the 200m final. That the difference between gold and silver was fractions tells the whole story.

At 26 years old, Van Niekerk still has a lifetime of running ahead of him. And through that time, he will continue to carve out a legacy that makes him one of the best in the world, not just on the track, but off it, too.

Like most of South Africa’s track and field stars, Van Niekerk is everything we expect sports people to be – even if we have no right to claim it of them. He’s polite, humble, approachable and immensely relatable.

Yes, relatable, even if his athletic ability supersedes most of our wildest dreams. He is a South African story of fighting against the odds and persisting through the curve balls. He exudes class, even when the heat is on.

That was starkly evident with the slight controversy that surrounded the World Championships.

Isaac Makwala was bizarrely withdrawn from the 200m heats and later from the 400m final. The IAAF claimed that they had done a medical test which indicated that he was one of the 30 or so athletes who had fallen ill. His federation claimed that his medical report was “normal” and no blood tests were done.

The whole thing quickly became a he-said, she-said which saw Makwala barred from entering the stadium ahead of the 400m final and eventually being allowed to run a lone time trial prior to the 200m semi-finals.

The Botswanan did not mince his words. After qualifying for the 200m final, he said that he was upset and angry, because “400m is his race”.

Johnson, while on commentary duty with the BBC, said that people will have all sorts of “conspiracy” theories considering Van Niekerk is a “fan and IAAF” favourite.

Van Niekerk, of course, had nothing to do with whatever absurd choices the IAAF made. And while it made one of the hyped races of the championships, – the 400m, a one-sided affair, it should not have any bearing on Van Niekerk’s legacy.

Because it’s not as though Van Niekerk doesn’t want to turn out against the best in the world and push himself to the limit.

“I wish he could have run. I have so much sympathy for him. I wish I could give him my medal to be honest,” Van Niekerk said after the 400m race.

“But this is sport. We all have disappointments, we all have tough times – we just have to fight back even harder,” the sprinter added.

And sometimes in sport, disappointments come fast. So fast that, sometimes, you can do nothing but watch from the sidelines as the man who was always fast sprints his way to a new legacy.

Long may he continue to be fast. DM