McGown: ‘I did my best to see the best in the bad situations and the difficult times’ 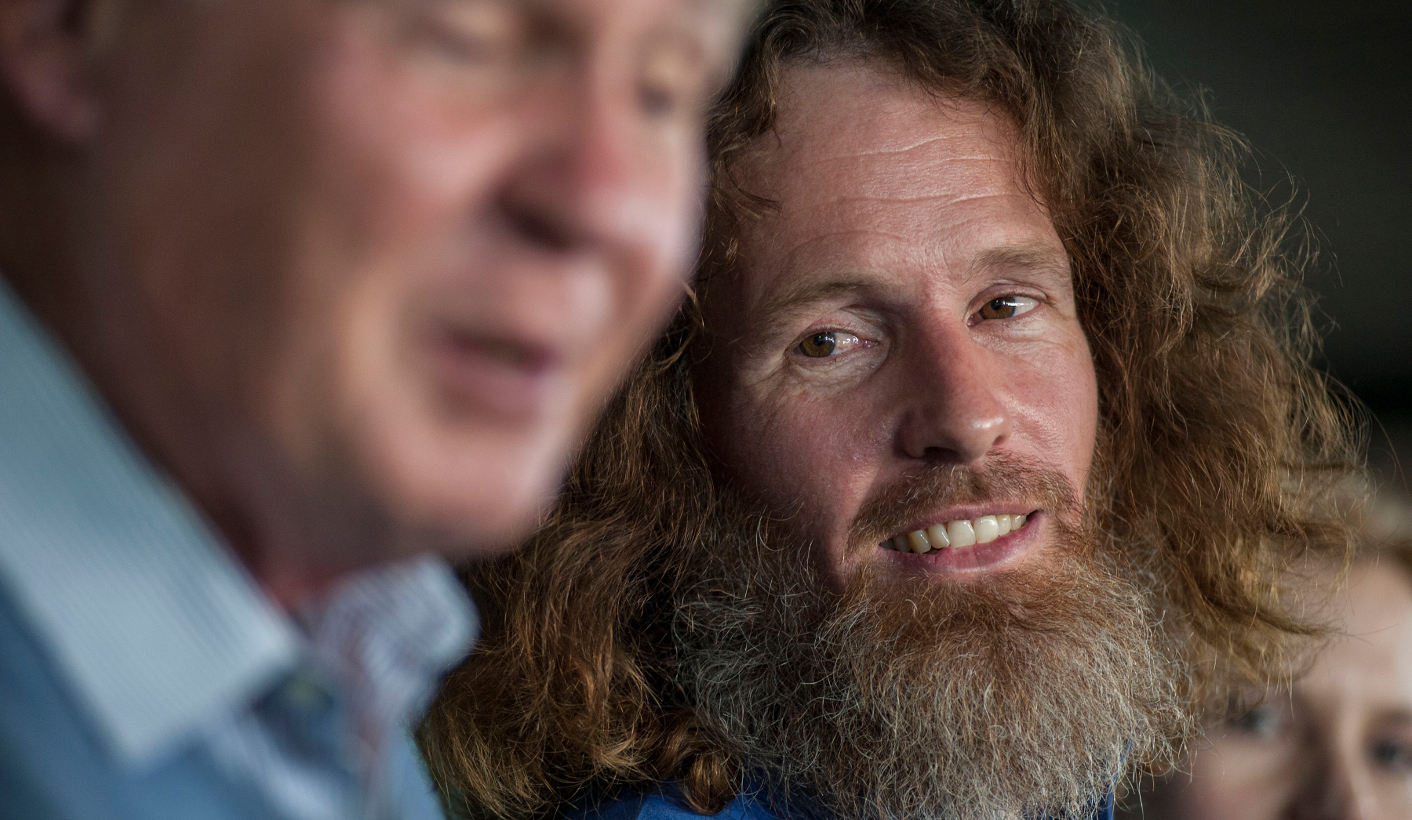 Five years and eight months into his captivity under al-Qaeda, after days travelling through the Sahara swapping cars and dodging surveillance aeroplanes, a driver turned to South African hostage Stephen McGown and said, “You are free. You can go.”

It was a moment McGown didn’t believe when it was happening, just as he hadn’t believed his captors days earlier when they had said he would be home soon and should pack his things.

“Take what’s important; take what you don’t want to leave behind,” they had said.

As the days and months and years had gone by, McGown had grown tired of believing, only to “come down with a bang”.

And yet on Thursday afternoon, there he was at his first press conference back on South African soil and facing a wall of cameras asking him about life plans and beard plans and just how it felt finding out his mother had died only two months earlier.

McGown, Dutch national, Sjaak Rijke and Swede, Johan Gustafsson were abducted on 25 November, 2011, from a backpackers in Timbuktu, Mali.

McGown’s release – the last of the three – comes after a years-long process that saw his family turn to Gift of the Givers for help after feeling stonewalled by the South African government.

Whether that release was secured with a ransom, as reported last week by the New York Times, neither the McGowns nor Gift of the Givers founder Imtiaz Sooliman would say, stressing that they had always pushed for freedom on compassionate grounds.

Sporting long hair and the heavy beard South Africans have come to know from his proof-of-life videos, McGown on Thursday cut an almost serene figure, softly spoken and calm, and apologising for his forgetfulness when answering questions.

“My mind is not quite right,” he said at one point.

His description of his almost-six year ordeal comes across as a sinister Boy Scouts adventure of enforced routine and insistent cheerfulness.

In the early days, before his conversion to Islam and riverbed recitations of the Qur’an with his captors, there were at least three occasions when he was sure his time was up, “where your brain takes you to another place and seconds are long and you go numb”.

But time passed. Years were marked by the annual swallow migration, the seasons by thunderstorms and sandstorms and freezing winter winds. Meals of spaghetti and rice and pasta. Exercise to distract the mind. When McGown wasn’t allowed to run, he did star jumps next to his self-made hut of straw and sticks instead.

“I did my best to see the best in the bad situations and the difficult times,” McGown said.

“I was looked after very well. I had clothes. I had food. When I was ill, they would bring medication… but at the same time, you always knew you were a prisoner.”

“Sometimes, you’re just absolutely miserable and you want to fight with everybody. But ultimately my reason for pushing on was I did not want to become a mess… I wanted to come home a better person with these experiences and be able to add value to my family and friends.”

And now that he was back, that’s what he planned to do: take over the family business and let his father retire, as he had originally intended six years ago.

Some things, however, were harder to be optimistic about.

At the end of May, McGown’s mother Beverly died after a long illness. And when asked if he could forgive and forget, his serene smile faltered.

“I try see the best in everything. This is the one thing I’m really unable to understand. I can’t really see much good in not seeing my mother.

“They were aware that my mother was sick. And to miss my mother by two months, I’m angry. But I must let go, this is not helping…”

His words left him, just for a moment, and he gave a small shrug.

“I will forgive. I will move on. You get one life so I don’t want to carry burdens that will just hold me back. So it’s okay. It’s all right. It’s going to be good.” DM

Photo: Former hostage Stephen McGown addresses the media for the first time after being released from captivity last week. To his left is his father, Malcolm McGown Photo: Ihsaan Haffajee