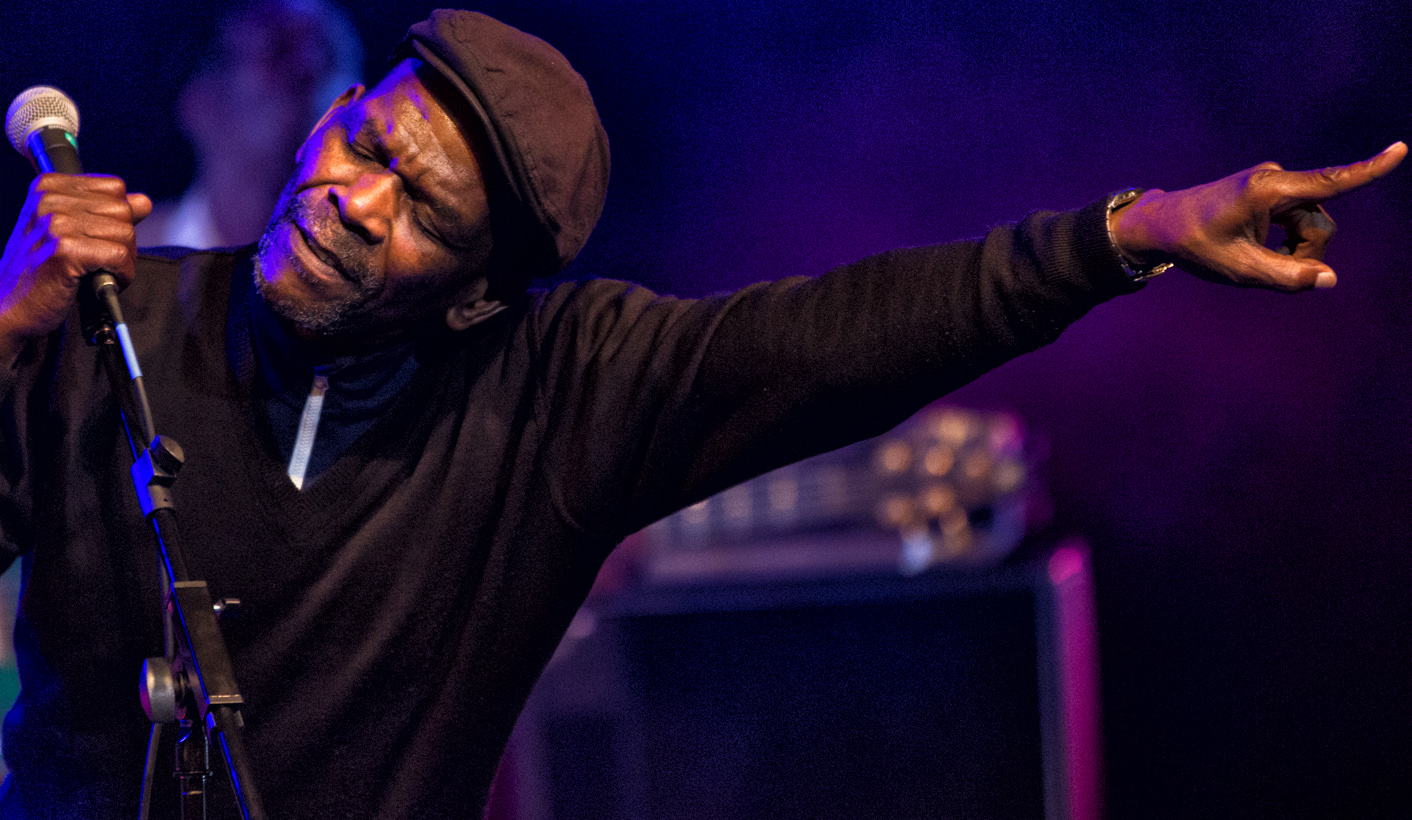 Ray Phiri’s train has rolled into its final stop. At the age of 70, the legendary South African jazz, fusion and mbaqanga musician and producer succumbed to lung cancer on Wednesday following his admittance at a Nelspruit hospital. By PUSELETSO NTHATE.

A musical giant. A great cook. A doting father. A voice for the voiceless.

These are just some of the words used to describe Ray Phiri as news of his death spread on Wednesday. Phiri, born in Mpumalanga on 23 March 1947, died at a Nelspruit hospital after being admitted there two weeks ago to undergo treatment for lung cancer.

“He had been battling for a while and his family was told that it wouldn’t be that long. He died surrounded by friends and family and looked peaceful as he passed‚” Paul Nkanyane told Times LIVE.

“He was a musical giant. This is indeed a huge loss for South Africa and the music industry as a whole. We are with his family in thoughts and prayers during this trying period. May his soul rest in peace,” President Jacob Zuma said in a statement.

Phiri, who began his career as a founding member of the Cannibals in the 1970s, was awarded the Order of Ikhamanga in Silver by Zuma in 2011 for his contribution to the South African music industry and “the successful use of arts as an instrument of social transformation”.

It was with Stimela (formed after the Cannibals disbanded) that Phiri became a household name through gold and platinum-selling albums like Fire, Passion and Ecstacy (1991), Look, Listen and Decide (1992) as well as the controversial People Don’t Talk So Let’s Talk.

Minister of Arts and Culture, Nathi Mthethwa, described Phiri as a family man and a doting father. “We thank the family for allowing him to spend the best part of his life on the musical stage and sharing his songs with us,” he said.

Phiri was a long serving member of the board of the National Arts Council of South Africa, where from the outset he pushed an agenda of transformation of the arts. He also founded the Ray Phiri Art Institution with the aim of developing talent from Mpumalanga.

“South Africa has lost one of the greatest, we all know what Ray was capable of… I cannot imagine South Africa without his music,” Mabuse said.

During his career, Phiri used his music to rally against apartheid.

He was one of key musicians in the making of Paul Simon’s seminal, Grammy award-winning Graceland album, and joined the American singer-songwriter lon the subsequent world tour, including concerts in South Africa in 1992. The album had been the Grammys’ album of the year in 1987.

Speaking to the SABC on Wednesday, Phiri’s sons Akhona and Phola spoke of a father who “taught them many things”.

Phola, holding a portrait of his father wearing a T-shirt with the legend “Free South Africa” and which was taken during apartheid, said “he taught me how to be a man and respect other people”.

“Above all, he was a great listener, he was a great bearer of information and everyone who he came across him can attest to that,” said Akhona, adding that he cannot imagine waking up and not being able to call his father.

According to Nkanyane, Phiri was a great cook who had told the family that he picked up the skill through lessons given to him by fellow musician Miriam Makeba.

“He loved anything organic and did not eat red meat,” his sons told SABC.

Tributes for the late singer came from all quarters of the country.

“Phiri was a voice for the voiceless and a legend of our time. An immensely gifted composer, vocalist and guitarist, he breathed consciousness and agitated thoughts of freedom through his music. Through Whispers in the Deep, amongst his many works, Phiri, his band Stimela and his friends, Nana Coyote, amongst others, taught us to forever remain inspired and never understand hate. They spoke of knowledge and pain, necessary preconditions to develop a single nation of love, formed from us – the ‘tributaries to the great river of of pain’,” the ANC said in statement.

The DA said Phiri’s music spoke to issues that are still affecting our people today.

“Bra Ray sowed the seeds for a vibrant South African music industry and his untimely departure has left a gap that can never be filled. We have lost a true icon of the soil,” the party said.

The National Freedom Party encouraged the younger generation to look up to Phiri, saying, “Today’s generation have duty and mandate to learn from the best who made it in the music industry.”

Marang Setshwaelo on Twitter said Phiri “was ageless”. “His appearance and outlook to life completely belied his age,” she said.

Wasanga Mehana wrote: “Your music lives on in our hearts and minds.”

Musician ProVerb paid tribute to Phiri on Facebook with this post: “When Ntate #RayPhiri brought me out to Macufe one year to perform my remake of one of his classics (Where did we go wrong). That weekend I also introduced him to my dad, Rest In Peace Ntate Ray and thank you for the music.”

Mango Groove singer Claire Johnston wrote: “You were an astonishing musical force and will be hugely missed. Siya Dabuka.”

A memorial service is being planned for Saturday. DM

Photo: Ray Phiri performs at the Guy Butler Theatre in Grahamstown on 10 June 2015 at the 2015 National Arts Festival. Phiri has received many awards. (Photo by Kate Janse van Rensburg)