Analysis: Solly Mapaila should – but won’t – be elected leader of the SACP this week 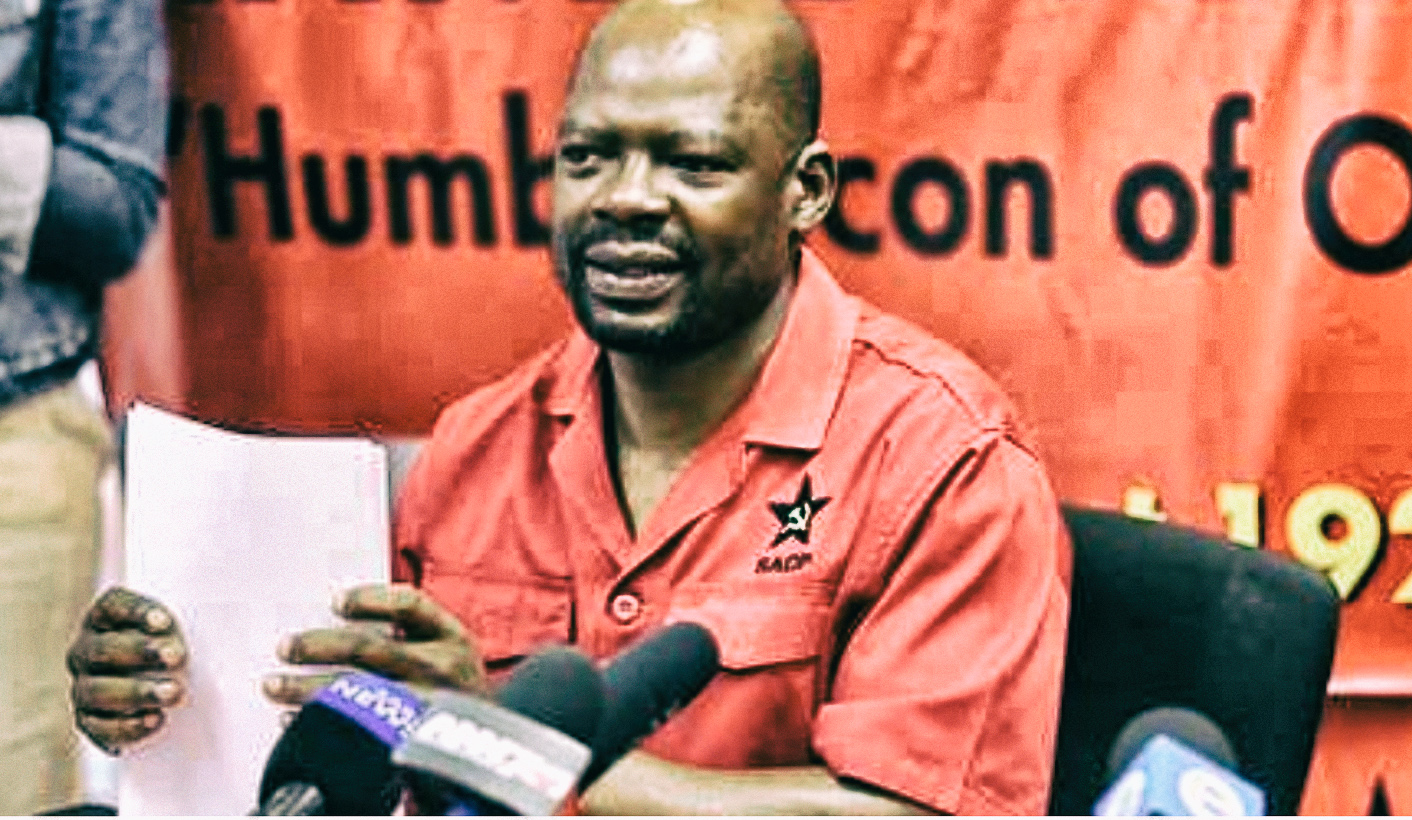 The South African Communist Party’s Solly Mapaila should be elected leader this week. But he won’t contest – and the party will continue its decline into irrelevance. By GREG NICOLSON.

The SACP would describe them as “”. In May, the MK Inkululeko foundation rallied members to protest at Solly Mapaila’s house, with an ANN7 camera crew in tow. Mapaila rushed home from a Cosatu conference, worried about his family. It wasn’t the first time he had been threatened. During a speech in April at a memorial for Chris Hani, it appeared someone waved a pistol to intimidate the SACP second deputy secretary-general.

Mapaila has come under attack for his strong stance against state capture and the Gupta family’s creation of a shadow South African state. He’s been the SACP’s point man, fearlessly highlighting issues of graft and calling the party’s alliance partner, the ANC, to order. Mapaila should – but won’t – be elected, leader of the SACP this week.

After his election in 2012, the Mail & Guardian described Mapaila as “the most powerful man in the South African Communist Party”. General secretary Blade Nzimande and his other deputy Jeremy Cronin had both taken ill-fated and repeatedly questioned cabinet posts. Mapaila was seen as the most important not in government.

The SACP begins its 14th national this week at a crucial time for the party and alliance, including the ANC and Cosatu, as well as the country. “The will the threats and weaknesses facing the development of democracy in our country and therefore our people as a whole, the majority of whom is made up by the workers and the poor,” said release on Sunday.

If the SACP still claims to be a voice for the workers and the poor, Nzimande should be replaced as leader. He supported President Jacob Zuma’s successful campaign at the 2007 ANC Polokwane conference and was rewarded with the post of minister of higher education. He was one of Zuma’s most strident defenders until two years ago when he started to nefarious practices within the ANC. As the responsible minister, Nzimande’s response to the #FeesMustFall protests highlighted the hypocrisy of the values the ANC and SACP claim to hold.

Leftist formations like the Economic Freedom Fighters (EFF) and National Union of Metalworkers SA (Numsa) have the SACP under Nzimande for failing to challenge the ANC’s liberal economics. His level of involvement in the Struggle has been questioned. He’s led the SACP since 1998 and it’s time for a change. Nzimande is so tied to the system the SACP claims to be fighting, he cannot credibly be seen as the vanguard of change.

Mapaila is the obvious replacement. He led the SACP charge against the Guptas and Zuma and enjoys more legitimacy than Nzimande because he hasn’t been tainted by the failures of the president’s Cabinet (which has scarred most top SACP leaders). Mapaila has a rare trait among the communists – he inspires trust in an otherwise discredited . He taps into the SACP of old.

This week at its national conference, the SACP is expected to discuss its role in the alliance and whether it wants to contest elections separate from the ANC. At its special national congress in 2015, the SACP said its membership was growing, but the party’s influence on the ANC and public remains marginal. While its leaders serve in Cabinet, the party’s flagship campaigns struggle to influence government policy and its Young Communist League has become irrelevant.

The SACP has made a number of positive proposals for the future of the ANC and alliance, but the ruling party has so far ignored them. The ANC recently an alliance political council meeting before the ruling party’s national policy conference. That’s how little the ANC cares about criticism from its alliance partners.

The realignment of the alliance remains a dream for the SACP and Cosatu as the ANC has no interest in ceding power to its partners. The SACP was once an intellectual leader the ANC, but it has become almost irrelevant. The ANC has ignored its advice as the communists have been co-opted in government.

The SACP is in urgent need of rejuvenation. Mapaila may not be able to arrest the decline, but he might give the party hope. Like Julius Malema and Mmusi Maimane, he’s a young leader can look to for a semblance of change.

All suggest the communists will re-elect its current leadership. The party will confirm its failures and seal its fate. The SACP won’t die when Nzimande is re-elected. But its irrelevance will be confirmed.

Mapaila’s leadership could renew the SACP, but he won’t run against his mentor. “I will never contest comrade Blade Nzimande,” he was quoted as saying by City Press on Sunday. “I don’t believe that the time has come for that strategic change. That change must come, it is important, but it must take its own pace.” The SACP leadership is expected to be re-elected, unchanged.

Ideally, Mapaila should become SACP leader, but the hope might be misplaced. The SACP needs to return to its revolutionary roots but is likely to remain as discredited and contradictory as ever. DM