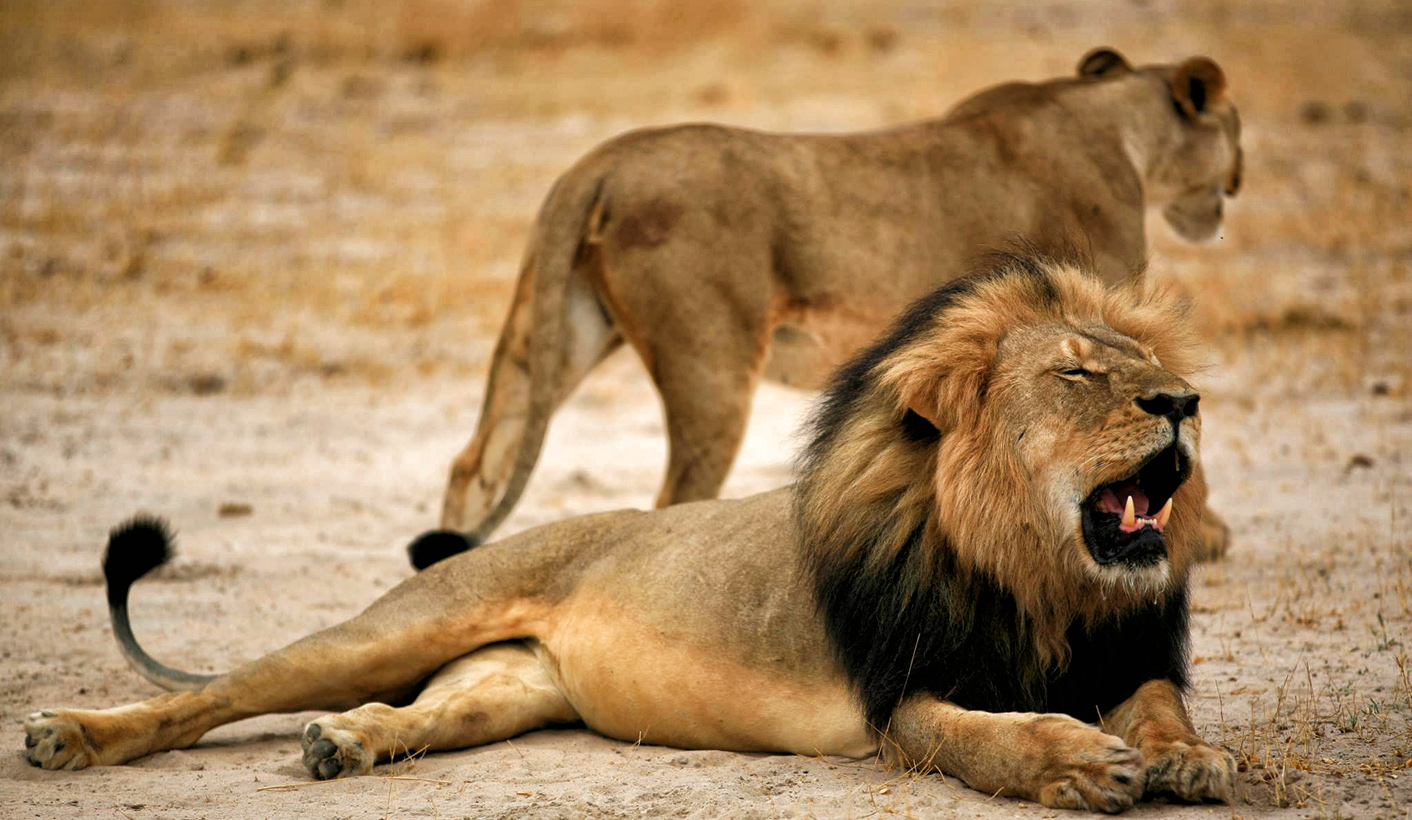 The Minister of Environmental Affairs, Edna Molewa, has permitted an annual sale of 800 skeletons of captive-bred lions. Conservation organisations say the quota has been instituted without proper scientific investigation into the potential negative impact on wild lion populations, writes ADAM CRUISE.

Minister of Environmental Affairs, Edna Molewa, announced last week that a quota of 800 skeletons of captive-bred lions has been set for 2017, allowing for the continued international trade in lion bones, which may be used as a substitute for tiger bones in Asia.

The announcement has received widespread condemnation, primarily because the quota has largely been instituted without proper scientific investigation into the potential negative impact of the trade on wild lion populations. The minister was also accused of failing to adequately consult stakeholders before moving ahead.

The Department of Environmental Affairs (DEA) believes that the sales of skeletons from captive-bred lions will reduce the Asian appetite for wild lion parts in a growing market for exotic products such as tiger-bone wine and jewellery. Lion bones have lately been sold off as substitutes for tiger bones since the latter have become extremely rare due to the increase in demand.

Molewa says the export will only be from captive-bred lions and is legal under the Convention in the Trade of Endangered Species (Cites). Lions in South Africa are listed under Appendix II which means their products can be traded internationally but only “if the trade will not be detrimental to the survival of the species in the wild”.

According to the International Union for Conservation of Nature (IUCN) Red Data list, the numbers of African free-range lions have declined by 43% over the last two decades. It is believed by many accredited conservation NGOs such as Panthera, the Endangered Wildlife Trust (EWT), the EMS Foundation and many others that the sale will further exacerbate the decline.

In the media release last week, Molewa stated: “The decision on the annual export quota was reached following an extensive stakeholder consultation process during which the department considered all variables, including scientific best practice. It cannot be said, therefore that this determination was made arbitrarily or in a non-transparent manner.”

Yet, the DEA was accused by the stakeholders of not doing any of that. The process did not follow extensive stakeholder consultation, nor do they seem to consider any variables, especially those that weren’t in favour of trade. In fact, the department initially made the decision without any public consultation in January but were forced to hold a stakeholder meeting to comply with Cites quota conditions. The meeting, publicly announced on 25 January and held just one week later, left virtually no time for public comment, submissions or intervention.

One or the primary objections from many stakeholders is that the impact of the bone trade has not been adequately determined. According to a statement put out by a group of South African conservation NGOs, lion bone trade “quotas should be evidence-driven” and not determined purely on economics without proper research into the impact the trade will have on wild lions.

The statement further said the NGOs “do not support the commercial captive breeding of carnivores because it does not contribute to the sustainable, responsible use of our wildlife resources and, in some cases, may have negative impacts on the conservation of these species in the wild”.

The DEA maintain that the quota was “determined following consideration of scientific research information” but this “research” has been labelled as weak and inadequate particularly because it conceded that our understanding of the captive lion breeding industry, and the lion bone trade in South Africa is limited and that it is not known how the proposed trade quota will affect wild lion populations The research team was also accused of being biased by the EMS Foundation, which has submitted formal recommendations against the quota. The team apparently consisted of someone from SANBI (South African National Biodiversity Institute), a person from the National Zoological Gardens, an academic and an economist known for his vociferous support for the rhino horn trade and farming of tigers.

The criticism includes whether the government has the capacity to effectively monitor and enforce trade regulations including permitting, inspections and export controls; or how the quota will be allocated by province and by breeder, and what systems will be in place to avoid corruption and bribery.

Michele Pickover, director of the EMS Foundation, says the DEA does not know how the industry operates, nor do they know who the breeders that sell bones are and how many bone traders are in operation. “Essentially,” she says, “the DEA have left it to the lion breeding industry to police itself.”

The EMS Foundation submitted a PAIA Request (Request for Access to Record of a Public Body) for access to the permits, documents and records of lion breeders and agents. They received three boxes and are currently picking through the data. “It’s a big mess,” said Pickover, who added that they have already discovered permits that were issued this year before the DEA had even set the quota.

Other concerns from EWT and EMS Foundation include whether lion bones from captive lions will be distinguished from those of wild lions and what processes need to be in place to prevent leakage from illegal sources to legal ones. Also, what are the current and predicted future dynamics of consumer markets and what impact will they will have on the future demand for, and prices of, lion bones?

The EWT says “if these questions cannot be adequately investigated and addressed, then it is evident that the practice of captive breeding for lion bone trade should not be considered a viable component of South Africa’s wildlife economy”. DM

Photo: An undated handout photo provided by the Zimbabwe Parks and Wildlife Management Authority on 28 July 2015 shows Cecil, one of Zimbabwe’s most famous lions. (EPA)