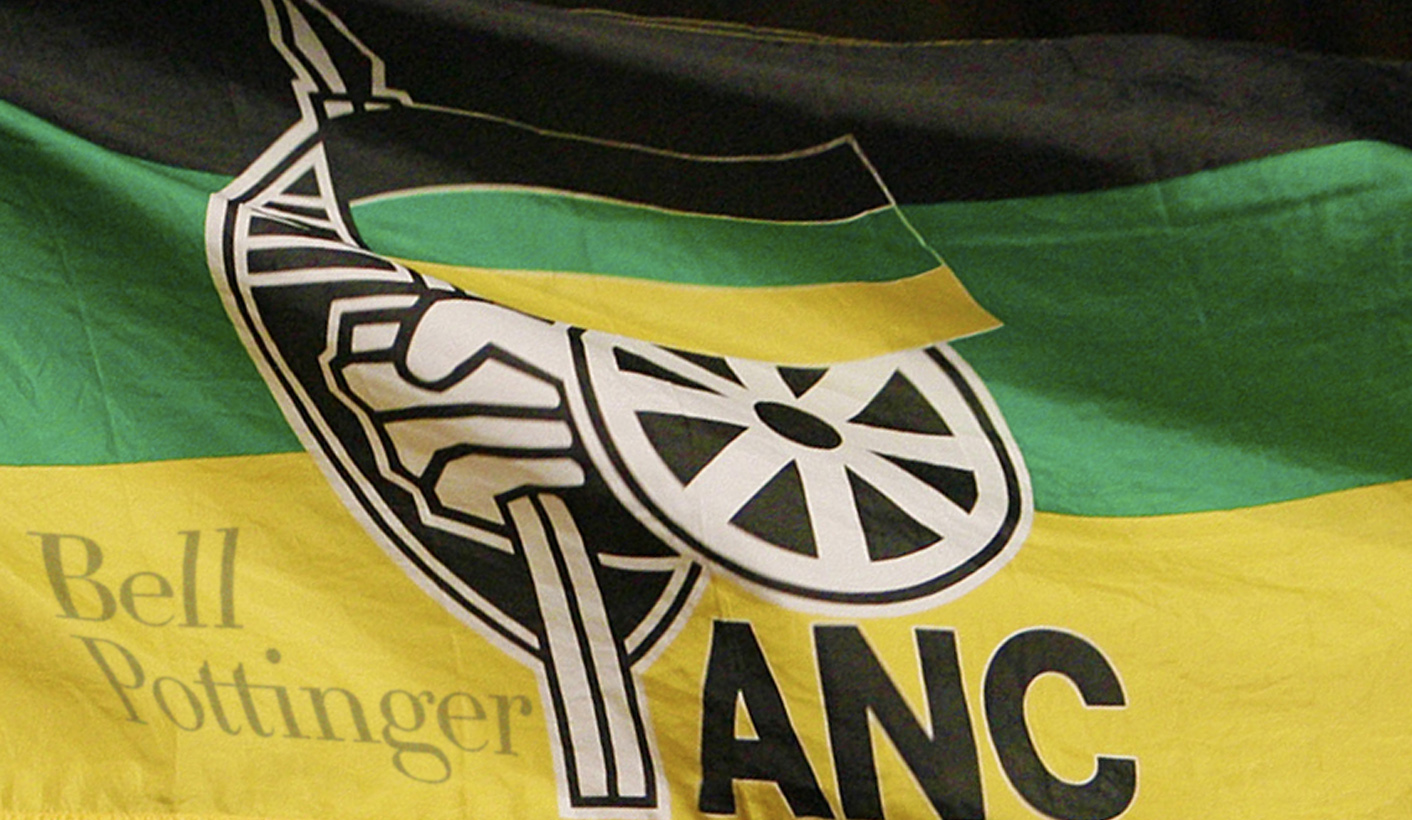 While the Democratic Alliance’s lodging of a formal complaint against UK-based PR firm Bell Pottinger with that country’s PR and communication industry bodies is a good start, Bell Pottinger’s skills set extends way beyond mere PR, spin and reputation management. From Nigeria to Malawi, from Tanzania to South Africa, Bell Pottinger appears to have had a hand in undermining sovereign democracies. However, there appears at present to be no international legal mechanism to deal with this breed of 21st century economic mercenary. By MARIANNE THAMM.

The tragedy, of course, is that the ANC’s own internal disarray and lack of a coherent communications vision and strategy is what allowed UK-based PR firm Bell Pottinger seamlessly to glide from being contracted by the Gupta family and their various businesses in South Africa, to articulating what purported to be the ruling party’s socio-economic policy.

And all this through unelected individuals including President Jacob Zuma’s son Duduzane (a man kept almost entirely by the Gupta family), the ANC Youth League, MKVA as well as various social media sock-puppets and paid Twitter trolls.

Over and above this, Bell Pottinger, clearly hoping to exploit a wound that has not yet healed in South Africa in spite of our national consensus, gladly stoked existing racial divisions in the country.

And as we became distracted by this, Bell Pottinger’s clients, the Gupta business empire and their proxies exploited the weaknesses of our elected leaders and deployed government officials, exacting favours and, it has now become clear thanks to the #GuptLeaks, siphoning off billions in public funds.

The ANC’s inability to control its own message (does it even know what this is?) is partly due to incompetence but also because those departments and spokespeople tasked with helping government “tell a good story” are often hostile to the media, unprofessional or simply ignore phone calls and emails. There is currently no containing image of the ANC and no one narrative that holds what it represents.

And that’s how bottom feeders slip through and usurp the narrative for their own ends.

The ANC “war room black ops” scandal that surfaced in January this year, when Sihle Bolani claimed R2.3-million from the ANC in the South Gauteng High court for “services” rendered during the August 2016 local government elections, is one such example.

Spin doctors and political lobbyists are part of the political landscape in the United States and the UK. In the US it was Richard Nixon’s ruthless point man and later strategist, lobbyist and consultant Roger Stone who has been credited with being the brains behind Donald Trump’s rise to the US presidency.

In the UK, political consultants are part of the furniture – Lord Tim Bell, the founder of Bell Pottinger, is credited with assisting Margaret Thatcher’s election victory. Modern political parties in these older democracies rush to mine the apparent unique expertise and understanding these private spin doctors have of a local political landscape and how the citizenry can be influenced by fair means or foul.

While in the UK and the US it is the political parties who employ firms like Bell Pottinger to manage their message and who no doubt heed some of their advice, something different appears to have occurred outside of the UK where Bell Pottinger has operated (while raking in eye-watering profits).

In April this year, Bell Pottinger announced it was cutting ties with Oakbay. The firm was hired in 2016 at the height of allegations of State Capture by the Gupta family but it is clear that its mandate extended beyond this to advising Duduzane Zuma as well as writing speeches and statements for the ANCYL and MKVA.

Bell Pottinger’s exit from the South African playing field came shorty after the release by the SACP of a 21-page research report titled “Bell Pottinger – PR Support for the Gupta Family” and dated 24 January 2017. While the author/s of the report have not been made known, the veracity of information in the document has not been challenged and can be easily cross-checked against media reports and other existing documents.

It is this report that outlined Bell Pottinger’s “deflection” campaign using social media. It stated that “using a series of underhanded tactics, Bell Pottinger have sought to divert the public outcry over the Guptas and refocus the attention upon other examples of state interference and capture, notably by ‘white capital’”.

At the time Bell Pottinger CEO, James Henderson, told PRWeek that the various allegations were “completely untrue” and that the firm had decided to “step back” because it had “become the story so much so that it had become impossible to effectively represent that client”.

The January research report also showed that Bell Pottinger “were no strangers to working within African politics. In recent years they are known to have provided electoral campaign support in Zambia, Kenya, Nigeria and Malawi”.

The firm’s work, said the report, was often funded by the party or candidate that they were working for “but often by a commercial third party”.

In other words, a British company is, by all accounts, interfering directly in the political and electoral processes of sovereign democratic countries on the African continent.

In other words, they are modern-day economic mercenaries, collecting massive fees for their “expertise”.

During the 2011 Zambian election the Movement for Multi-party Democracy (MMD) hired five “image-building” consultants including Bell Pottinger (Luke Chauveau) to assist its candidate, Vice-President Rupiah Banda. But in the end Bell Pottinger had essentially run the entire campaign.

Said one MMD leader of Banda’s ultimately unsuccessful bid, “We knew there were so many resources available, and yet we hardly saw any of these in the party. This anger boiled over on a number of occasions and the rift between the party and Rupiah’s sons and advisers became quickly irreparable.”

So while the DA might have lodged a formal complaint with the UK-based Public Relations and Communications Association as well as the Chartered Institute of Public Relations about Bell Pottinger’s “promotion of racial hatred in South Africa”, there appears to be no international legal mechanism to hold the company to account for its political interference on the continent.

Bell Pottinger has itself said that it has hired an unnamed legal firm to “audit” the work conducted by its representative Victoria Geoghegan for the Gupta family.

It was Geoghegan who, after meeting with Duduzane in January 2016, wrote to him later that Bell Pottinger would embark on a campaign to market a “narrative that grabs the attention of the grassroots population who must identify with it, connect with it and feel united by it”.

Bell Pottinger reportedly told PRWeek that it believed it had been axed “based on political reasons, following the gross misrepresentation of our work for former client Oakbay”.

In 2011, the Independent UK published an “undercover” exposé of Bell Pottinger executives, boasting that it had access to the heart of the British government and that it used the “dark arts” to “bury bad coverage and influence public opinion”.

An editorial in the same edition stated that Bell Pottinger’s creation of parallel political power structures cheapened “the entire British political establishment” and was “unforgivable”.

“Perhaps more alarming still is the promotion of techniques to clean up the public images of vicious regimes. Negative references to human rights abuses can be pushed out of the top pages of Google search results. Compliant writers can be found to set up ‘friendly’ blogs. Amenable academics can be cultivated to add authority to supportive analysis. Even critical Wikipedia entries can be ‘dealt with’. Before he became Prime Minister, David Cameron warned that lobbying would be ‘the next big scandal’. In Government, his promised crackdown has been repeatedly delayed. There can be no more excuses.”

Bell Pottinger’s brand of global reputation laundering, often drawing in commercial and business interests into the politics of sovereign countries through the backing of a compliant candidate, is a new mode of economic mercenary activity and the subversion of democracy.

And yet, the firm cannot operate in an environment where political parties are transparent and have a firm grip on policy, leaders, and the history, ethos and message these would like to reflect to supporters and potential voters.

The ANC and other political parties are welcome to hire advertising agencies and other private PR firms or consultancies to assist with campaigns and messaging, but there is something deeply troubling about foreign private interests who stand to make millions out of political turmoil and who have no personal investment in the outcome.

While Bell Pottinger may face sanction from industry bodies in the UK, it will most certainly escape international political scrutiny until some form of legal mechanism to deal with this specific form of political sorcery is put into place. DM