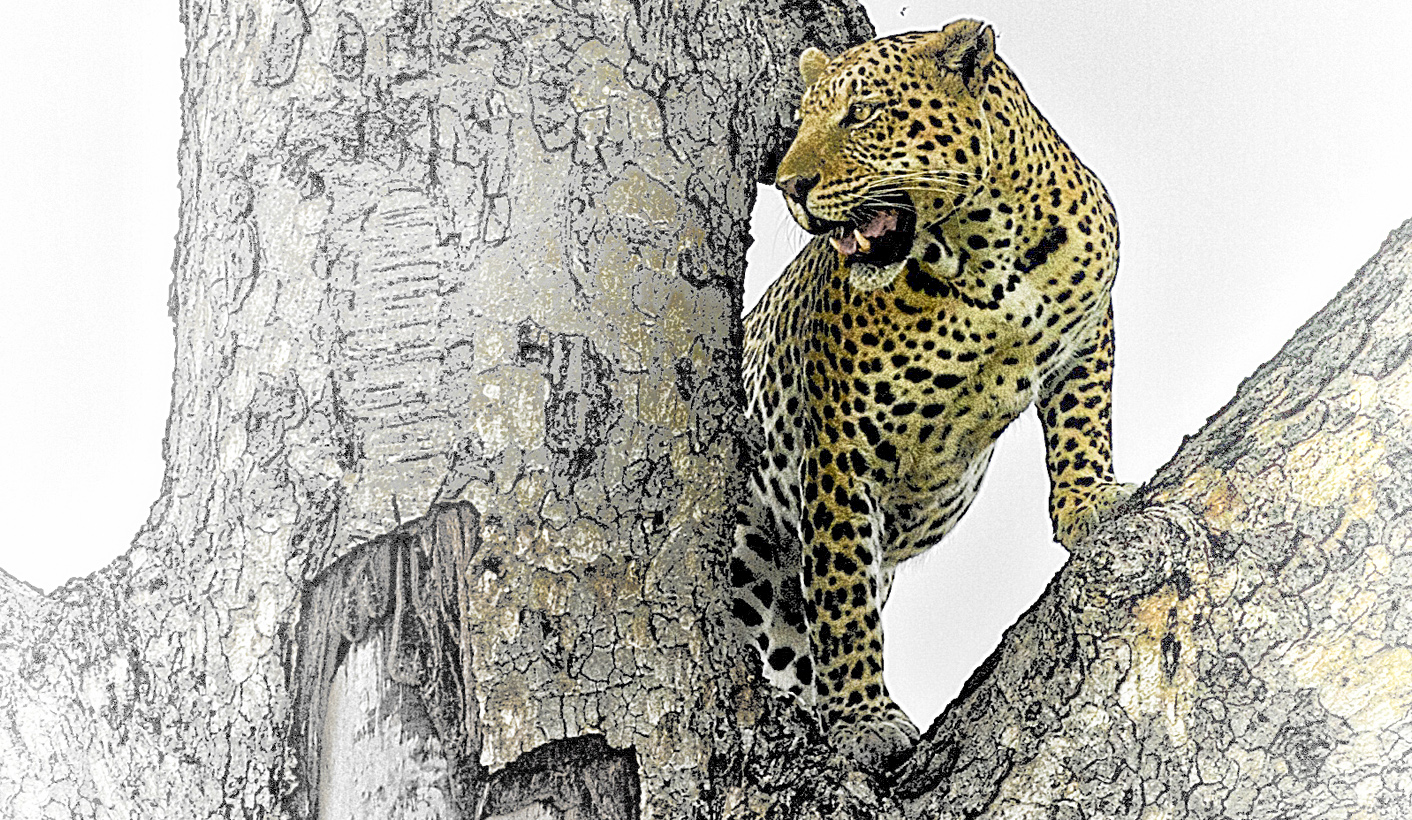 What is the purpose of national parks in modern South Africa and where will the money come from to protect and sustain them? asks TONY CARNIE.

All photos by Don Pinnock.

What will South Africa’s national parks and game reserves look like ten or 50 years hence? The last bastions of wilderness sheltering remnant animal populations or crowded and overexploited tourist destinations?

Should they be financed mainly by the taxpayer, or increasingly compelled to “pay for their own keep”? Is their purpose to protect and provide living space for wild, non-human forms of life in the ever-expanding ocean of development – or should these parks be farmed and “radically transformed” to supply meat, other natural resources and further economic development.

Quite simply, what is the purpose of national parks in modern South Africa and where will the money come from to protect and sustain them?

Over the past two months tough questions have emerged during a series of nationwide “stakeholder meetings” organised by SA National Parks (SANParks). The purpose was to solicit public comment as officials review management plans for the Kruger National Park for the next 10 years at least.

Covering nearly 2 million hectares, Kruger is one of the largest and most popular wildlife parks globally. Yet, measured on a national level, formally-protected conservation areas cover just 8% of South Africa’s land surface – way short of the 17% target recommended by signatories to the Convention on Biological Diversity.

Edward O Wilson, one of America’s most prominent conservation biologists, thinks this target is far too low. In a hard-hitting article earlier this year he argued that 50% of the Earth’s surface should set aside for conservation.

“Only by committing half of the planet’s surface to nature can we hope to save the immensity of life-forms that compose it. …The Half-Earth proposal offers a first, emergency solution commensurate with the magnitude of the problem: By setting aside half the planet in reserve, we can save the living part of the environment and achieve the stabilisation required for our own survival,” he wrote in the Sierra Club magazine.

“The surviving wildlands of the world are not art museums,” he argued. “They are not gardens to be arranged and tended for our delectation. They are not recreation centres or reservoirs of natural resources or sanatoriums or undeveloped sites of business opportunities.”

But in an equally strong response, Dutch-based sociology researchers Bram Buscher and Robert Fletcher said: “Turning half of the Earth into a series of nature parks is a grand utopian vision for conservation, perhaps even a hyperbolic one, yet Wilson seems deadly serious about it. Some environmental thinkers have been arguing the exact opposite, namely that conservation should give up its infatuation with parks and focus on ‘mixing’ people and nature in mutually conducive ways.”

Closer to home, there are some equally polarised views.

Earlier this year, KwaZulu-Natal’s Finance MEC Belinda Scott argued that the Ezemvelo KZN Wildlife conservation agency was almost entirely reliant on government funding because there are “too many greenies and too few economists”.

“Everything is about biodiversity and nothing about eco-tourism,” she told the Weekend Witness newspaper recently, noting that Ezemvelo was competing for funding against other “vital social delivery services in a very constrained fiscal environment”.

But the Animal Interest Alliance, sees things quite differently. Responding to previous pressure on Ezemvelo to become self-funding, the alliance described such calls as “nonsensical”.

“Burdening it with the obligation to be hospitality and tourism operators to justify its existence is plain stupid… To suggest that nature conservation management has to make a profit is as absurd as asking the Department of Social Welfare to make a profit out of the management of its orphanages.”

Back at Kruger National Park, however, there are close to 2 million people living along the boundary lines of this 350 km long park – and several communities have also lodged land claims to regain title to land occupied by their ancestors.

Roughly 70% of people living within 20km of the park boundaries have also never visited Kruger, says Reuben Ngwenya, regional manager for the northern section of the park.

He says there is “enormous pressure” to ensure financial sustainability, not just for Kruger – but other national parks currently subsidised by Kruger and other flagship reserves.

At a recent meeting in Durban, SANParks official Andre Spies said only 17% of the organisation’s budget came from government, with most of the remainder “self-funded” from tourism receipts.

This increasing pressure to generate its own revenue is just one example of the many rocks and hard places through which SANParks has to navigate a path.

The recent refurbishment of an abattoir and animal processing facility in Kruger has also alarmed several stakeholders who believe that selling or donating buffalo and other game meat to neighbouring communities is the “thin edge of the wedge”.

Responding to reports that Kruger managers planned to shoot and process up to 500 buffalo this year, SANParks ecologist Dr Izak Smit said he was not certain about exact game offtake figures. But he noted that there were now about 48 000 buffalo in the park.

“The offtake numbers are very low and are determined using information on how this can be done sustainably, so that you don’t erode our conservation mandate. This is not a feeding scheme. There are two million people living on the park borderline. So the idea is not to provide meat to everyone, but rather to engage with the communities.”

On whether Kruger officials believed there was a need to resume elephant culling at some point in the future, Smit said there were no immediate plans to cull, and that decisions would be guided by the park’s elephant management plan.

Elephant culling in Kruger ended in 1997, however until then 14 629  elephants were killed over three decades to maintain the total park population at around 7 000. In 2015 ( the latest date for which statistics are available)the population was estimated at just over 17 000. There is likely to have been a subsequent decline in elephant numbers during the 2016 drought.

Ngwenya noted that the number of park visitors had increased from just four carloads in 1926 to nearly 1.8 million tourists last year.

“Some people are starting to ask: ‘Isn’t 1.8 million people enough?’. But there are others who worry that visitor numbers to Kruger will start to stagnate unless new tourism models are developed.”

Seven years ago, proposals to develop two new upmarket hotels at Malelane and Skukuza sparked heated debates around what level of development can be sustained without eroding Sanparks’ primary conservation mandate.

Reacting to this debate in 2011, former SANParks CEO David Mabunda said: “It will be an unforgivable mistake if we were to accept the sickening tendency by a handful of ‘old?school’ conservationists appointing themselves as agents of positive societal change. They continue to campaign for the retention of past policies and privileges as they were over the last 100 years. That campaign will not succeed in a democratic society. As society changes, we too must change. …It has been said by those resisting change in form or thinking that products like hotels have no place in a national park environment. This is a point that fails to recognise that the tastes and profiles of our visitors are changing. A new society is being born,” said Mabunda.

“If SANParks, in fact, now regard national parks as hubs of economic development it would reflect a clear deviation from the core interests and values of national parks. … Indications are that the current developments will only be the beginning of a much larger programme … SANParks owes it to the people of South Africa to preserve the intrinsic values of our national parks in their unblemished state for the benefit of this and future generations.”

But in a political environment where spending on education, health or housing will continue to take precedence for many decades to come, state budgets for natural heritage protection are likely to languish near the bottom of the list.

In the absence of increased government funding and political support, it seems that SANParks will be pressured into hiking visitor tariffs, concession fees and service charges even further, building more camps, extracting more value from natural resources or an increased reliance on donor funding.

In the broader context, the tough challenges ahead create an opportunity for the wildlife preservation and sustainable-use camps to work together to find innovative solutions – or to drift further apart. DM