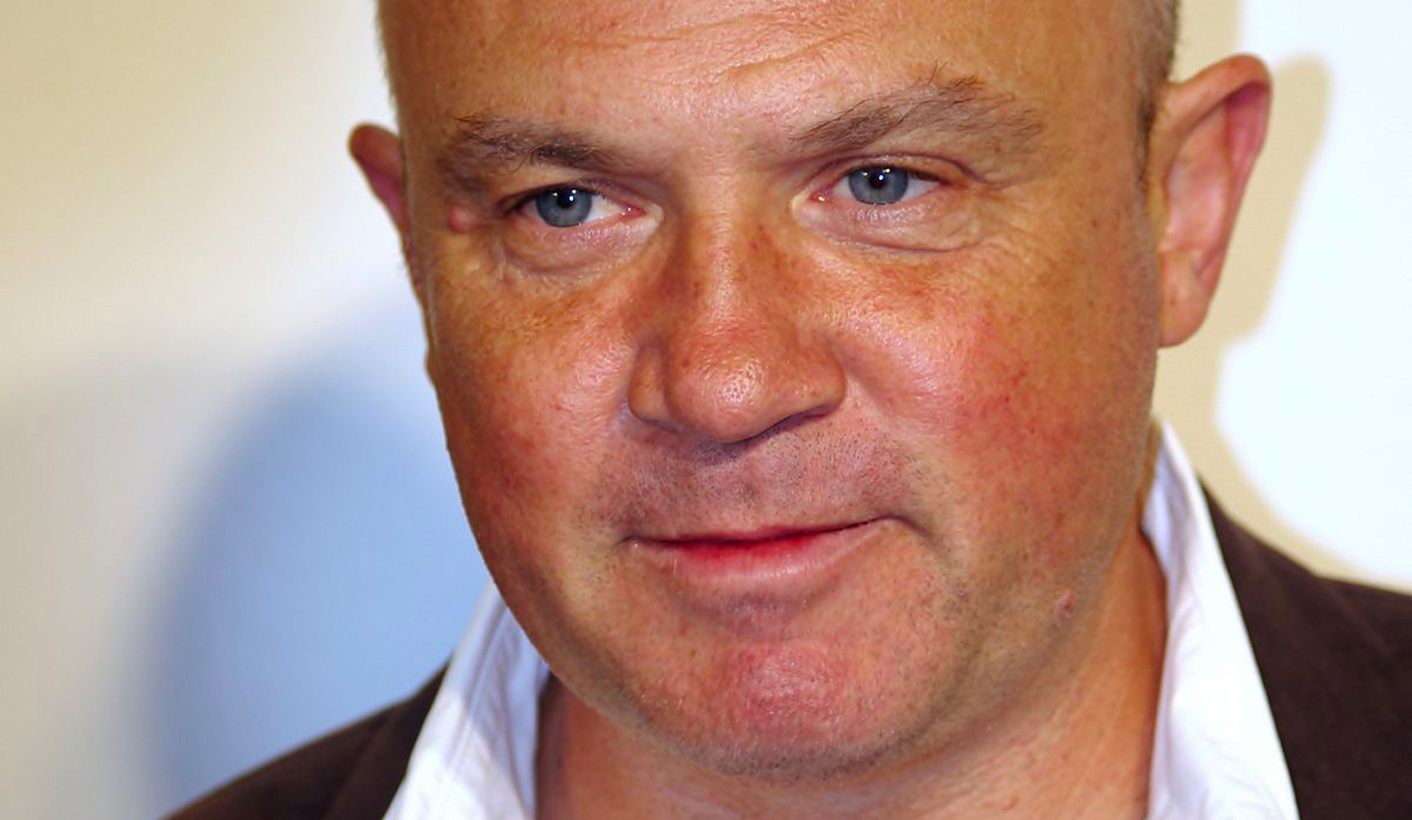 In the days after the massacre, Marinovich arrived in Marikana before first light. His Daily Maverick colleague Mandy de Waal had written about University of Johannesburg academic Peter Alexander and his team’s research suggesting there was another killing site, apart from the shootings caught on camera. Marinovich went with Alexander, journalist Sipho Hlongwane and researcher Thapelo Lekgowa, who later worked for Daily Maverick and partnered Marinovich in many of his stories, to check for himself.

“I’ve seen enough of these massacres, these murder scenes,” said the Pulitzer-winning photojournalist, renowned for covering the violence during the transition towards democracy and later working in conflict zones around the world. At what was later called the “small koppie” or “scene two”, he saw police markings identifying fatalities, blood and bullet marks. It dawned on everyone there that there was more to the story. There had been extrajudicial killings.

Murder at Small Koppie: The Real Story of the Marikana Massacre is about conflicting narratives. There’s Marikana, where the police hid details of the killings to support their claim that officers acted in self-defence. Then there’s South Africa, where inequality and violence thrives, in contrary to the hope embedded in ideas of the miracle nation and Nelson Mandela’s rainbow-ism. Marinovich’s book exposes these contradictions.

“Murder at Small Koppie is a damning, gripping book about a turning point in our democracy, which speaks eloquently about where we are as a nation,” said the judges for the Alan Paton Award. “It is one of the most important books this year. So far, the most definitive account of the Marikana massacre.”

Marinovich knew something had happened at the small koppie, but the story took weeks to write. He went back and forth with the Daily Maverick editor. He tried to get eyewitness accounts, only to realise that any of the striking mineworkers who saw what happened were either dead, injured or arrested. Later he would write about how those who were arrested were tortured while in custody. The dominant narrative was that the mineworkers were muti-crazed, hell-bent on violence The police needed to defend themselves. When Marinovich finally published, on 30 August 2012, his definitive story, the police were exposed.

He was one of the few journalists who not only stuck with the story but was determined to uncover why the miners were murdered and how the SAPS and the state tried to hide their complicity. I worked with him on a number of those stories and saw the level of commitment and resources he devoted to the issue, which, at least in my career, was unparalleled.

After debunking the SAPS’s story, Marinovich asked further questions. Why did they hunt down and kill over a dozen miners and why did they cover it up? Were the police seeking revenge for the miners killing two SAPS officers on 13 August? What did police management, Lonmin, unionists and politicians know, endorse or order?

Murder at Small Koppie is the culmination of his work on Marikana. The book charts the history of Lonmin and South Africa’s mining industry. It delves into the daily realities of mineworkers and the surrounding communities while also providing an in-depth view of the massacre, drawing on information made available during the commission of inquiry, but, more importantly, from accounts from mineworkers, who are often excluded from their own story.

Marinovich’s book is the most detailed account of the massacre to date, although Luke Sinwell and Siphwe Mbatha’s The Spirit of Marikana provides an important view on the workers’ movements involved. However, it doesn’t take an in-depth account to know that crimes were committed and people must be held to account. There still hasn’t been justice for Marikana. Not a single police officer has faced charges. Compensation for those who were injured or arrested and the relatives of the victims is still being negotiated.

“Marikana has just been washed away in the sewage from the presidency,” said Marinovich. He spoke of the lawyers involved in the commission and other players who have tried to hold the guilty to account. “You do everything right. You nail the buggers and it means nothing.” National politics has dominated the news and the massacre has become a side issue. He added, “This is the great injustice of where power lies.” The poor are always screwed; there’s a web of power that ensures it.

In his book, Marinovich tried to represent the views of the majority of people involved in mining – workers and communities. He said he tried to represent them without being patronising and tried to convey their agency in the Marikana strikes. The story is about nuances. “Nothing’s 100% clean or pure and that’s what I hope the book reflected.” There are no simple answers.

Marinovich’s first book The Bang Bang Club, co-authored with his friend and fellow legendary South African photojournalist, Joao Silva, focused on the experiences and relationships between a group of photographers during the violence in South Africa in the early 1990s.

“I get very, very, very depressed,” said Marinovich about Marikana. He realises his privileged position in society and said despite the exposure to tragedy it’s not a sacrifice to do a job he’s paid for, which he’s passionate about, and to try to highlight the nuances of our society’s most difficult issues.

“I think Marikana is so significant for us. It’s such a point of no return,” he said, “The bar was lifted on what they can get away with publicly.” If the state can get away with murdering 34 people in a day, and publicly lie about it, it’s no surprise leaders haven’t taken accountability for the exposures of the Gupta email leaks.

Marinovich is now based in the United States after receiving a Neiman Fellowship at Harvard. He also received a Taco Kuiper grant to assist his writing on Marikana. He currently leads a photojournalism unit at Boston University and is working on his next book. He’s doubtful Marikana’s victims will ever achieve the justice they seek, but he hopes his work might help to at least expose their truths. DM