Reporter’s Notebook: Journalism in the time of lies 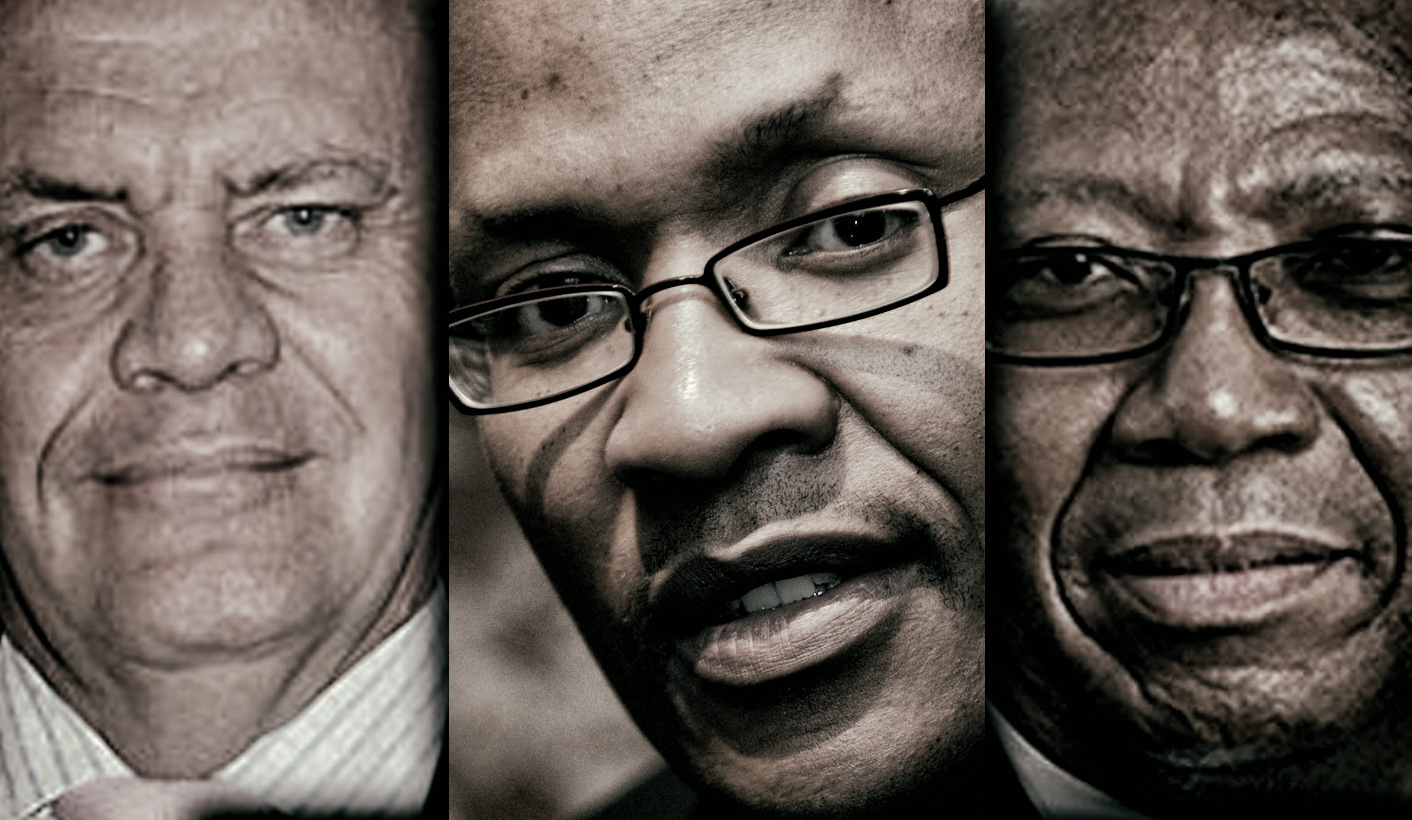 If you live in a democracy, have any access to independent media and are over the age of about 12, you probably know by now that politicians habitually stretch the truth, spin, and lie. But in recent times this has become even more devious, our Republic of nations being one of the world’s epicentres of this. Our current political age is marked by brutal and extreme language, with varying degrees of loose association with reality, or sanity. Some people, more equal than others through the virtue of their membership of a particular faction, can do whatever they want. Others still cannot. In this age, it is hard for journalists to deal with liars – those who bend the truth until it finally breaks. By STEPHEN GROOTES.

The other day I was asked to look through the work of a gifted, but younger, colleague. He was reporting on a press conference where Carl Niehaus, a former ANC spokesperson and now member of the Umkhonto we Sizwe Military Veterans Association’s National Executive Committee, had tried to defend his credibility. He’d written the line, “Niehaus reportedly lied and defrauded people several years ago”. I suggested that he could take out the “reportedly”. He was shocked. How could I say that? The answer, of course, is that I remember Niehaus admitting to lying and defrauding people. Which means it is now a fact, and is no longer “reportedly”.

Just for the record, I would like to make a statement of fact. Carl Niehaus is a liar. And so, surely, by extension, is anyone who has him on their leadership body.

And just in case you think I’m being mean-spirited, allow me to sit in the same corner as Derek Hanekom;

Carl Niehaus is a liar and a con artist. https://t.co/GeIE5pXEP2

But how do we, as journalists, report on what Niehaus says?

For a start, as a host of a current affairs radio programme, I have several options. I can put him on the radio and preface any interview with the comment, sorry factual assertion, that Niehaus is a liar. But surely I also have a duty not to place a liar in front of my audience. And a member of that audience would be correct to ask why am I putting a man on air while clearly having doubts about his credibility.

And then there is the problem of what could happen if Niehaus simply denies that he said he had lied. Which I’m sure he will at some point. What then? Then, perhaps, if I have enough time, memory and energy, I will be able to interrogate the lie, and prove it, on air.

But what if I can’t, for whatever reason, in that very moment? I will have allowed someone who I know to be a liar to get away with it on air.

It is pretty simple to use the example of Niehaus. He is a disgraced former spokesperson for the ANC, a person who lied about the death of a relative, money and various other things.

But there are other, more complicated examples. The leader of the MKMVA is Kebby Maphatsoe. He accused Ronnie Kasrils of instigating the rape charges against President Jacob Zuma. Kasrils sued for defamation. Just as Maphatsoe was about to step into the witness box to face cross-examination (by Advocate Dali Mpofu… who else?), he agreed to settle. In other words, Maphatsoe too has admitted to lying. And of course, there’s plenty more. He seems to lie about other things too, particularly his role and his relationship with the Gupta family.

But he is also the elected – if controversially – leader of a grouping within the ANC. It would surely be difficult to say that he cannot come on the current affairs programme. Of course, he can be interrogated, and his stance on various issues can be made clear each time he is referred to, but that can take up the most precious of journalistic resources: time. Imagine a radio report about Maphatsoe where a journalist decided to mention the facts that his election was disputed, he had settled a defamation action and had lied, apparently, about his role in the Struggle. It would take up half of the allotted 30 seconds for the piece.

To make it even more difficult, there is the case of Mosebenzi Zwane. Our Minister of Mineral Resources lied about a Cabinet decision to instigate an inquiry into our main banks. He was found to have lied, the President himself said he had lied and he faced questions about it in Parliament. But he is also a Cabinet minister, he is in charge of an important ministry, and is surely playing a political (and factional) role with his new Mining Charter. We can mention his lie each time we mention him. But what if, just to suspend reality for a moment, he suddenly stopped lying and started to fly right. What then? Do we always mention the lie?

And then there are other difficult examples. Mzwanele Manyi is the president of the Progressive Professionals Forum. But his real role, from what I can see, is to defend Zuma and the Guptas at every turn, regardless of the issue or their real role. Certainly, that’s all he does on Twitter, and all he does when there are microphones around. He has certainly worked for the Guptas, there was that show on ANN7 that he hosted, with the tagline, “Where no comment is not an option”. This means he has taken money from them at some point. I believe, strongly, that he is taking money from them now. But I have no proof of that. So what then?

Andile Mngxitama, the leader of the Black First Land First party (which provided bodies to guard the premises of the Guptas’ compound during the anti-Zuma protests) is similar. He says things that only make sense if you consider that he is working for the Guptas. Again, I have no proof to present to you of this.

People like Manyi, I feel, are wearing masks. They are hiding behind something, the figment of an organisation, or the claim that they are their own people, when they simply cannot be. The trick is to force them to remove the mask. But even on live radio, that’s hard to do. Manyi is very good at this, he would not be where he is if he were not.

The questions that we face as journalists have become harder with the revelations of the #GuptaLeaks. It is surely common for political personalities and organisations with the same interests to co-ordinate their public statements to an extent; it makes their voices stronger and is simply part of the game. But these emails have shown that this is not normal co-ordination, it is in fact orchestration by a bunch of international mercenaries, who have somehow colonised the communication machinery of people like Collen Maine and the ANC Youth League. This means that we can see where the talking points are coming from. But to bring it up is to simply get the claim that the emails are not authentic. (We know that they are authentic, of course. They have been confirmed as such by other people in the ANC – including Communications Minister Ayanda Dlodlo and President Jacob Zuma’s personal assistant Lakela Kaunda). But to engage any of these people on that simply ends up in a “he said, she said” argument.

In the end, if the role of a journalist in the social media age is to contextualise and interrogate facts that we all have access to, it falls to us to explain the histories and relationships of people in the public domain. The problem often boils down to space or time. To contextualise properly, say the Public Protector’s Absa Bank findings of this week, takes about 2,000 words. How many people will read all of that?

But in the meantime, what gives this particular scribe cause for optimism is that, more and more, our hunches are being proven to be true. Bell Pottinger did co-ordinate the communication of the Gupta-aligned “ANC” factions – the #GuptaLeaks are true. And we are seeing those who had access to independent media over the last decade actually hardening their attitudes against those who have been shown to have lied. Perhaps more important, as we get closer and closer to the #DecemberEndGame, people now have knowledge. Which has allowed them to make up their minds about people like Maphatsoe, Manyi and Niehaus. And so they know already where they are telling the truth, or stretching the truth, spinning or just plain lying. DM