TRAINSPOTTER: The ANC Youth League, and a re-upped xenophobia campaign 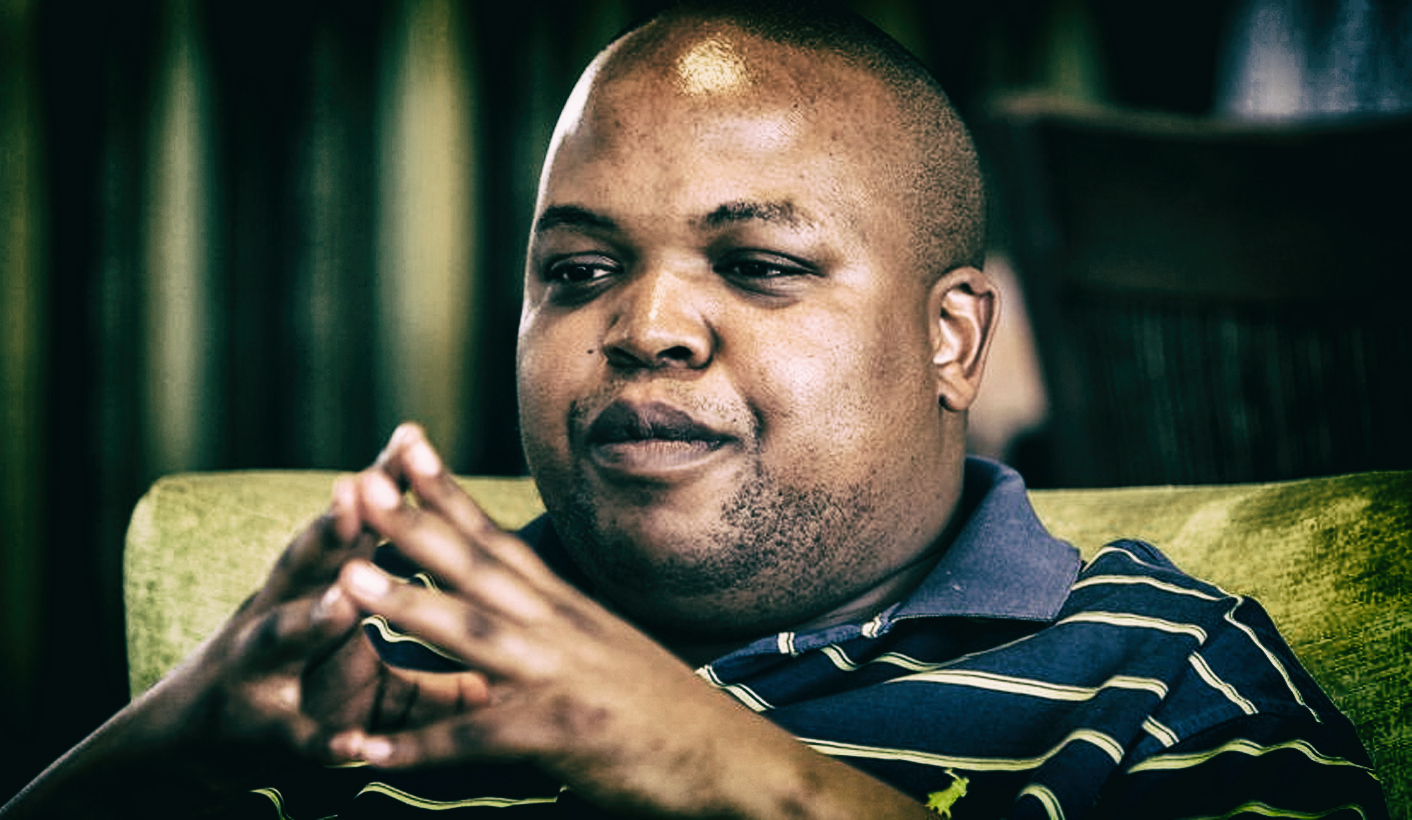 In its latest press release, the Youth League has pointed to foreign nationals as being “mainly” to blame for drug crime. Add this to a barrage of xenophobic statements made by new Police Minister Fikile Mbalula, and South Africans could be forgiven for thinking that a campaign is taking shape. By RICHARD POPLAK.

I’ve long argued that the South African press release, political or otherwise, serves as the country’s most significant contribution to global post-colonial literature. Others have taken up the (metaphorical) sword, and a comparative press-release pedagogy is in its nascency.

This is a fact to be celebrated by anyone with an interest in literature, pedagogy, pedagogical literature, or literary pedagogy.

To this growing body of analysis, I add a press release from the ANC Youth League, dated 6 June, 2017, and entitled “Youth Month.” (It is, apparently, Youth Month.) The Youth Leagues’ president, Collen Maine, who is neither young nor in the same league as anyone with a functioning brain cell, exposed himself recently on Justice Malala’s “Justice Factor” as arguably the bluntest political mind in South Africa.

He rubbished evidence uncovered long before the so-called GuptaLeaks, which points to a tight association between himself and the Gupta clan, particularly with regard to the financing secured for his R5.4 million home. And he denied being groomed by former Oakbay chairperson, Nazeem Howa, in association with the London-based PR firm Bell Pottinger. This is more an indictment of Howa and Bell Pottinger than of  Maine, given that the Youth League leader ended off the interview by saying, “the ANC that we’re a product of is led by President Zuma. Unfortunately.”

Not a great way to ingratiate yourself with the boss.

But just because Maine is dumb, doesn’t mean he’s benign. In the aforementioned press release, the ANCYL had this to say about South Africa’s drug epidemic:

“The ANCYL is greatly worried by the high level of drugs and substance abuse which has captured young people. These drugs are mainly distributed through out the country by foreigners in areas that are known to the public. The Youth Month should be used to promote the establishment of public rehabilitation centres to accommodate families that can not afford to send young addicts to private rehabilitation center’s. The Youth League will use the youth month to interact with young people through out the country in their hang out areas and report suspected drug distributors who must be dealt with heavily, and if foreign must be deported to their countries.” [sic]

To the youngish cadres in the YL, the drug problem is not a drug problem, but a foreigner problem. The bigger question was whether this little missive was signed off by  Maine’s masters on the upper floors of Luthuli House? And are we about to engage in another tacitly approved run on foreign nationals in this country?

I called Youth League HQ, and got in touch with truculent spokes-hack Mlondi Mkhize, who was in full fighting form. When I asked him how the league could defend the claim that drugs are “mainly” traded by foreigners in areas “that are known to the public”, he barked, “Go check Stats SA, and there’s a press release issued by minister of police.”

Do I need to say that the Stats SA data doesn’t back this up? I don’t think I do. But Mkhize and the YL appeared to be basing their assertions off statements made by disgraced former police minister Nathi Nhleko, who in 2015 observed that, “[the] influx of undocumented foreign nationals remains a serious issue, [and we note] a spike in certain crimes in the areas where there is a large number of these individuals.”

Now that’s some serious sleuthing for a guy who had trouble finding his own asshole. However, it seems achingly obvious that high levels of “certain crimes” would be prevalent in areas where the poorest migrants reside alongside the poorest South Africans, an observation that others made at the time.

Regardless, was the league not concerned that they could be approving, if not actually inciting, violence against foreign nationals with statements like this one?

“If there is someone to be blamed for this, it is the minister of police,” snapped Spicer Mkhize.

When I asked him whether the Youth League took the view that the majority of young foreigners in this country were drug abusers, he went all Socrates on me, and asked where I got the information that they weren’t drug-abusers.

After which he said, “You’re senseless,” and hung up the phone.

Happy Youth Month to you, too.

Anyway, there’s much to be gleaned from this little tactical feint. After his surprise appointment as Police Minister during April’s cabinet reshuffle, Nhleko’s replacement, Fikile Mbalula, also had much to say on the nexus between foreigners and crime. Shortly after he took his new office, he went on a Trump-like dialectical assessment of Good Zimbabweans vs. Bad Zimbabweans:

“There are people who come from Zimbabwe and cross the line here. They run away from the military in Zimbabwe and they come and promote criminality here in South Africa. That is the truth, where should I tell that truth?”

Not to worry, though. “It’s not xenophobia!” he avowed. “Zimbabweans are working for us in this country, very good Zimbabweans. They are working in our kitchens, they are everything and so on. Highly educated people. If there’s anything President [Robert] Mugabe did is to educate his people. The people who are working in your kitchens are doctors. They are more educated than you, from Zimbabwe.”

These are tough times for South Africa. The choices President Zuma has made over the course of the past several years are beginning to bite — the country is now in a technical recession, and the resulting inflationary pressure will be felt first, and most keenly, by the poor. In many townships and informal settlements, the downturn has already settled in, which is why large swathes of Gauteng are ungovernable on any given day.

But instead of turning on the government, perhaps it would be better if these communities turned on each other. Hundreds have died in xenophobic attacks since 2008, and yet the ANC still governs. From the perspective of some in Luthuli House, this starts to look like sound policy.

Was it not Clastres who said, “For, in its severity, the law is at the same time writing. Writing is on the side of the law; the law lives in writing.”

Ergo, write it in a South African press release — our singular and sui generis literary genre — and it becomes law. DM