Gordhan: Glorification of globalisation has masked its considerable downsides 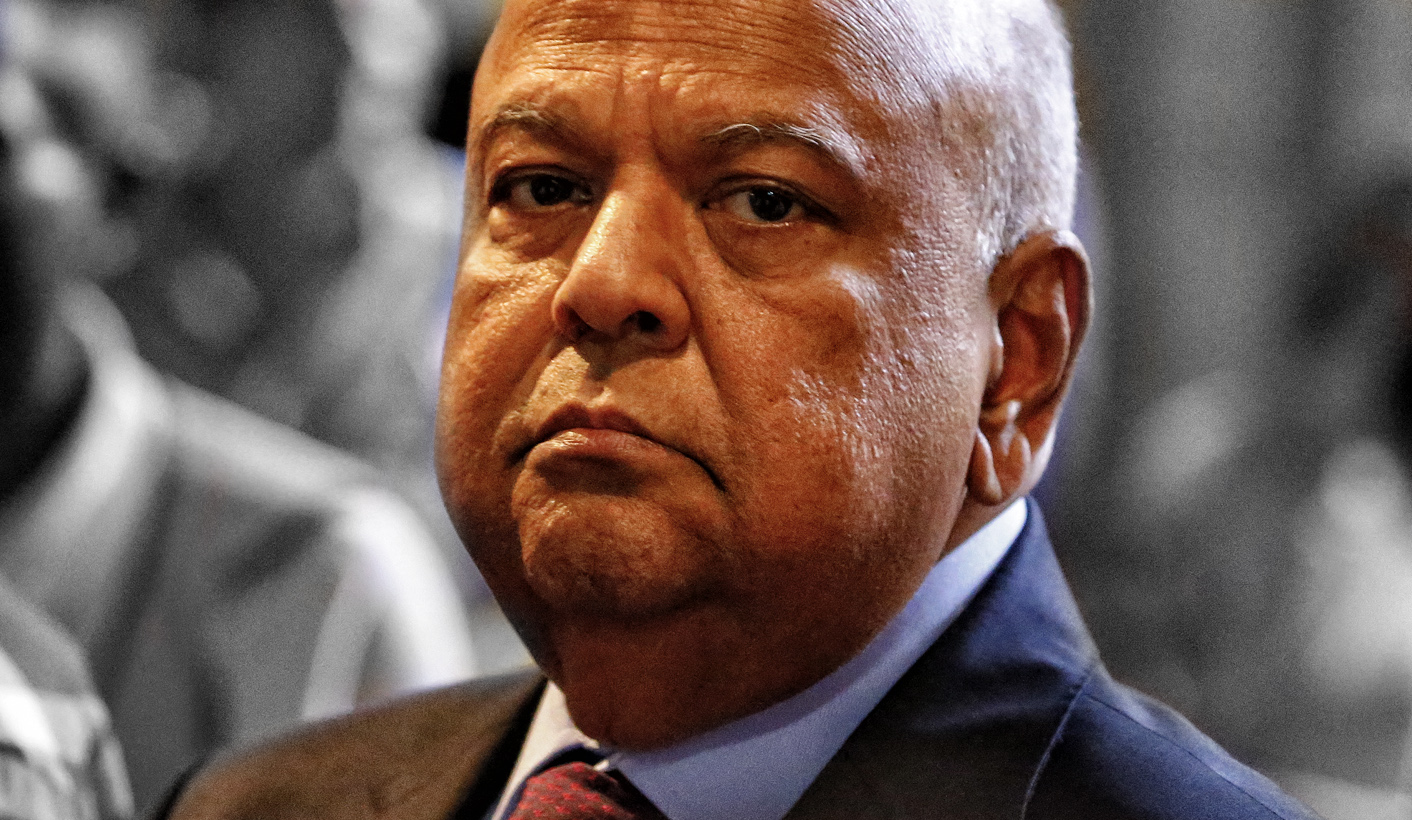 Former Finance Minister Pravin Gordhan delivered a keynote address at the University of Johannesburg on Monday sketching a new global economy in which millions of people who were able, willing, educated and trained will never find a job. This, said Gordhan, was one of the downsides of globalisation, which had divided the world into winners and losers and which has created an instability and unpredictability that has forced “sheer misery” on millions across the globe who march barefooted from one country to another while at the same time becoming victims of xenophobia and other forms of attack. All future global policy frameworks should include how to solve this inequality. By MARIANNE THAMM.

Closer to home, Gordhan touched on the matter of State Capture and how this had deprived the country of the ability to reduce poverty and inequality as state resources were siphoned off. And while much had been achieved in the last 20 years, future economic transformation, said Gordhan, should benefit all of the 50-million people in South Africa and not just a small elite.

Gordhan, who delivered his keynote address at the inaugural University of Johannesburg Convocation Leadership Seminar titled “Change Management: Leading in a Shifting World”, said South Africans still needed to connect the dots, not as isolated fragments, but so that the “phenomenon of State Capture” could be understood in its entirety.

“Let us all tune our minds and ask what does it mean, how does it operate, what are we being deprived of and where is this money going?” said Gordhan.

He said South Africa had to find a “new moral authority” and point out to those engaged in corruption that there would be consequences. At present, he added, there are very few consequences.

“We are a great country. It is time we said ‘look, this is my country. It does not belong to one family. No one is above the law’.”

South Africa, said Gordhan, had not only earned our political sovereignty – “meaning we are our own country with our own Constitution where no one can dictate to us, at least in a transparent way” – but also earned fiscal sovereignty.

“By fiscal sovereignty I mean what we have collected in taxes up to now. We are in a unique situation that those public resources, if they are properly utilised, can play a significant role, as they have over last 20 years, in making sure that South Africans live in decent conditions.”

The culture of corruption, said Gordhan, involved both the private and public sector and understanding the role each side played whether in procurement or other processes was paramount.

“Three or four years ago if someone got a benefit of R10-million tender it was a big thing. Today we don’t talk about R10-million, we don’t even talk about R100-million. Now we talk about a R1,000-million – that is R1-billion – and yet it just passes us by. Those are the resources that should be made available to reduce poverty but more importantly educate and train our people so that they become agents of their handiwork. So that they become drivers of the kinds of changes that we want to see both in their lives and in the life of the country as a whole as well.”

And while the numbers showed clearly that government had done a “tremendous job” over the past 20 years in halving poverty in South Africa, raising four to five million out of poverty and growing a middle class, this could all have been accelerated “a lot more than we currently have had we not put ourselves into the difficulties we have”.

He said the topic of “illicit flows” had become popular and that these flowed from illicit extraction.

“Illicit extraction arises from the ability, through politicians, to gain control over or significant influence over key institutions, be they enforcement institutions within the state or state-owned entities within the state or other enterprises as well, from which you and I have no participation by virtue of law or anything else or rights as citizens, but you can have this little clique continuing to benefit.”

Speaking to the current and future global economic and political landscape Gordhan said that while globalisation had been “glorified” over the past 20 years and had brought with it many benefits, the downsides were beginning to become evident.

The lessons that had been learnt in the past five to 10 years of developments globally and the patterns that had been identified needed to be interpreted in terms of the challenges South Africa would face in the future.

Among the benefits of globalisation had been the development of technology, communication and the openness of trade.

“But the flip-side that has come to the fore is that globalisation has divided the world into winners and losers. We need to take greater note of who are the winners and what percentage of the population they constitute and who are the losers.”

Examples of losers and what happens when they realise they are losing out was the outcome of elections in the US, France and Brexit.

“Watch Hungary when the next election takes place and also other parts of Europe. The losers have seen their incomes become static for many years while the one or 10 percent have been accumulating more of the national and global income.”

This resulted, said Gordhan, in the middle classes in the US and other developed countries succumbing to static incomes.

He added that while open trade had been “a good phenomenon” and that the WTO had established global norms, elected leaders have emerged who have wanted to “change the rules”.

This is evidenced by US President Donald Trump seeking to renegotiate the North American Free Trade Association between Canada the US and Mexico.

“Trump has said ‘I want to renegotiate these terms and I want a different set of rules and those rules must start benefiting America and, less so, my two neighbours’,” said Gordhan.

And while trade had played an important role in lifting many countries and their populations economically speaking, “it has not necessarily delivered the development dividend that many thought that it might”.

Gordhan said perhaps the most serious consequence of globalisation had been the pursuit of greater productivity and competitiveness facilitated by technology and moving across production in the globe, resulting in serious job losses. Many traditional jobs were already made redundant by technology and this would become a “multiplying” phenomenon in the future.

“This means we have to recontextualise what a social safety net means. We have to put in place, as societies as economies, new kinds of social safety nets which will ensure that people who are not just poor but who are able, willing, educated, trained, but can’t get a job, can still receive an income. The question is, if rich people and big companies are evading or aggressively avoiding tax, or live in multiple jurisdictions as a result of which they pay pay tax nowhere at the end of the day, where is the fiscal capacity going to come from into the future?”

This also meant that new future economic models would have to be taught in five to 10 years time, models that would be very different from what is taught today.

Gordhan said Trump’s first overseas visit provided glimpses of the “leanings and biases that are beginning to emerge in the geopolitical” realm where narrow interests were being pursued.

“At one stage we thought we were living in a bipolar world, we now live in a multipolar world, but we are going back to the days where some form of duality in power, military strength and political influence is beginning to reappear on a global scale.”

The significance of the instability and uncertainty that were the downsides of globalisation was that when people found themselves in a “hopeless” situation and did not view themselves as beneficiaries, “they see migrants coming across the border as ‘taking our jobs’. We then see the population turning against the migrant and looking for quick answers. And then you can generate all the wrong emotions, which are negative to that society. We see new forms of organisations that reproduce some of the old tendencies in Europe. There are more neo-Nazi parties in Europe today than 20 years ago.

“In our our situation you can have the whipping up of emotions in the guise of what are radical sounding slogans and at the end of the day the reality does not match the actual delivery that will take place.” DM