Sascoc’s looming lottery funding crisis: A nightmare or a gravy train running out of steam? 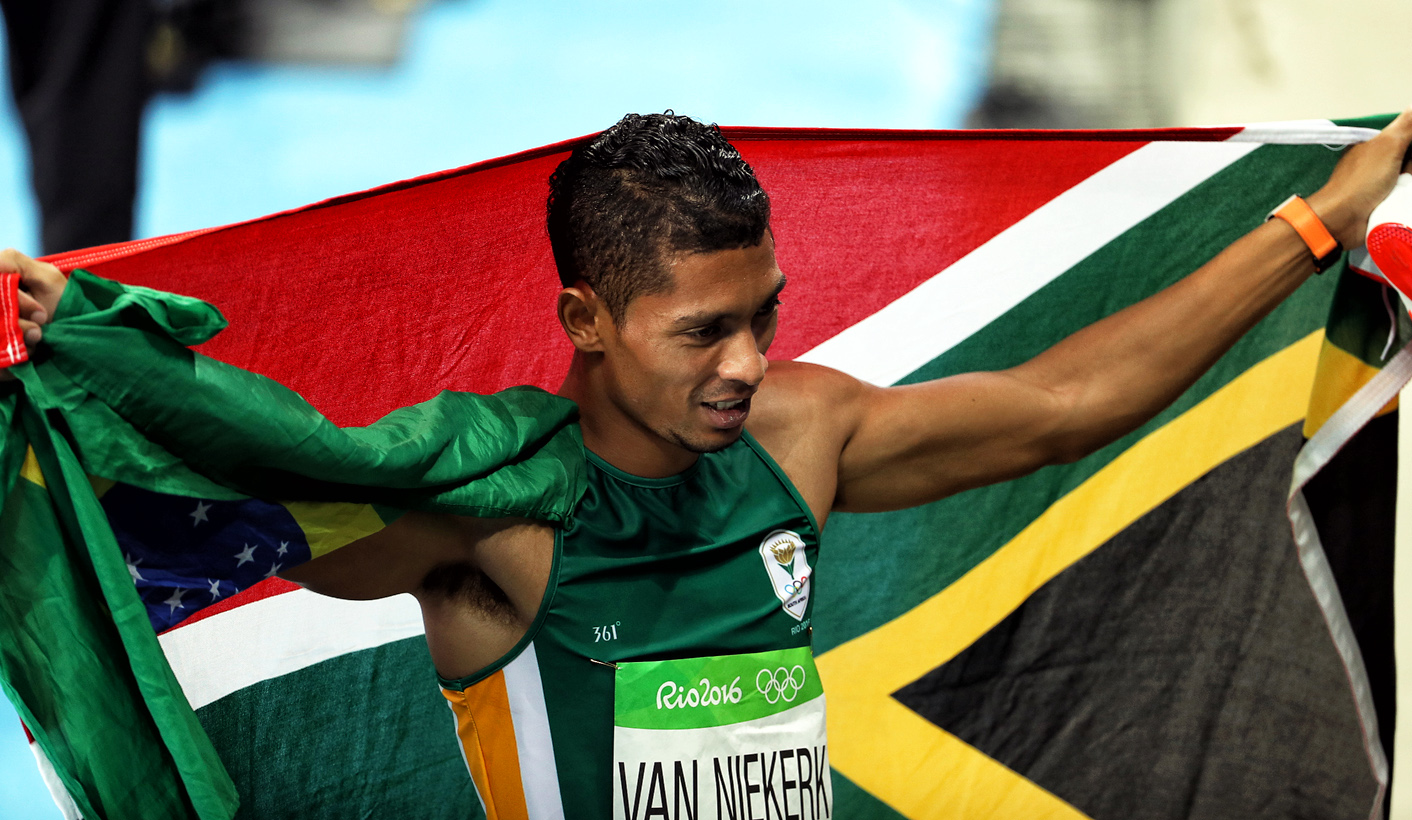 The South African Sports Confederation and Olympic Committee (Sascoc) was up in arms last week following the news that there will be some changes to how lottery funding is allocated. The National Lottery Commission denied some of Sascoc’s claims, but is it a case of fighting for the country’s athletes or being sour after being asked to disembark the gravy train? By ANTOINETTE MULLER.

Funding professional, successful sport takes buckets of money. At the 2016 Rio Olympics, each medal won by Team Great Britain cost £4.1m or R69-million. It’s enough to make your eyes water. The United States spends almost R700-million on its Olympic endeavours each year and the Australians almost R800-million per annum. By these economic margins, South Africa’s ability to produce medallists – and some of the best athletes in the world – is beyond compare.

It’s no surprise then that there was a big hullabaloo last week when news emerged that Sascoc might not be getting wads of cash from the National Lottery Commission any more.

Sascoc has been the beneficiary of more than R300-million from the lottery since 2000 and it – as well as many of its athletes – rely heavily on this funding to compete.

Local media reported last week that Sascoc chief executive Tubby Reddy said that two changes – one which introduced a 12-month “cooling off” period between grants – and another which apparently “downgraded” Sascoc to an umbrella body, putting a cap of R5-million on its funding, would be put into place.

A good old “he said, she said” followed with the National Lottery Commission denying the latter while Reddy insisted that he had been told exactly that in a meeting with officials. The commission also called concerns from Sascoc “unwarranted and premature”.

What the National Lottery Commission did confirm was that funding cannot be applied for to be used for “activities outside the borders of SA”.

This curious decision is the one change that could potentially be felt immediately.

It is not that unusual for the country’s athletes to have to pay out of their own pockets to compete at championships – South Africa’s young swimmers, for example, had to fork out for a R3,000 shortfall to compete at the World Championships last year. And there are countless other stories of athletes – Olympians – having to stump up for global events.

If Sascoc cannot support its blossoming talent with dollops of cash, how soon before it shrugs its shoulders and says it can do nothing for aspiring athletes, now that the funds for events outside the country’s borders look set to be cut?

And it’s not just an issue that will affect aspirant athletes. Those who are already established benefit from the Operation Excellence (Opex) programme. This programme allocates funding to athletes to help them compete and qualify for events at the highest level. Part of these funds come from government and a chunk comes from Lotto money.

The most immediate impact, it seems, will be on international competition. And should Reddy be correct in his suggestion that Sascoc has been “downgraded”, the effects could be felt even further, especially when it comes to funding the “smaller” sports.

Rowing is one of the codes that could be crippled if funding is cut. The country’s rowers have achieved some fantastic highs over recent years. At the 2016 Olympics, despite operating on a minuscule budget of just under R6-million a year, all the teams sent to Rio made it to their finals and while there was just one medal for the rowers this year, it’s worth considering that they were competing against countries like Great Britain, with a R140-million budget for its rowing team.

The transparency surrounding the issue is lacking. Lotto is yet to give a reason for not allowing funds to be used for overseas competition and there is no clarification as to whether it might mean that federations such as rowing are now likely to get a bigger share of the pie through their own applications, instead of sucking on the hind teat Sascoc hands them.

But there is another side to this saga worth considering. Sascoc itself isn’t exactly the poster body for integrity. The National Lottery Commission requires that all grants are reported on and it is still waiting for Sascoc’s report on the R70-million it received in June last year.

Last year, there were serious questions as to how exactly the money was spent. Sascoc’s generous medal bonuses for its athletes were largely paid for by an R8-million Telkom sponsorship.

There have been plenty of murmurs, for several years now, that Sascoc officials enjoy business class travel while athletes – including the country’s Paralympic athletes – have to slum it in economy. The officials have been exposed for their navel gazing countless of times, but never seem to learn from their mistakes or show any inkling of transparency for how they operate.

Prior to this year’s Olympics, Sascoc reportedly offered a number of the country’s MPs an all-expenses-paid 10-day jamboree to provide “oversight” – even before it got the massive cash injection from Lotto. A number of athletes also came forward and said they were made to pay for tailoring of their over-sized ninja turtle tracksuits themselves. So where did all that money actually go?

The Opex contracts are also so ham-fisted in their wording and take a “give us something and we’ll give you little” approach. As Kevin McCallum wrote in a column for The Star last year: “… 38 paragraphs or points detail what is expected from the athletes, there are just four on what is expected of Sascoc in return”.

So, while the funding will be a big blow, the question we have to ask is this: Is it the disembarkation of the gravy train or the impact on the country’s athletes that’s really getting under Sascoc’s skin? Considering the lack of transparency, the cynic in you will be screaming the latter while the optimist might even add the harmonies. DM