Op-Ed: Why your #NotAllMen misses the point 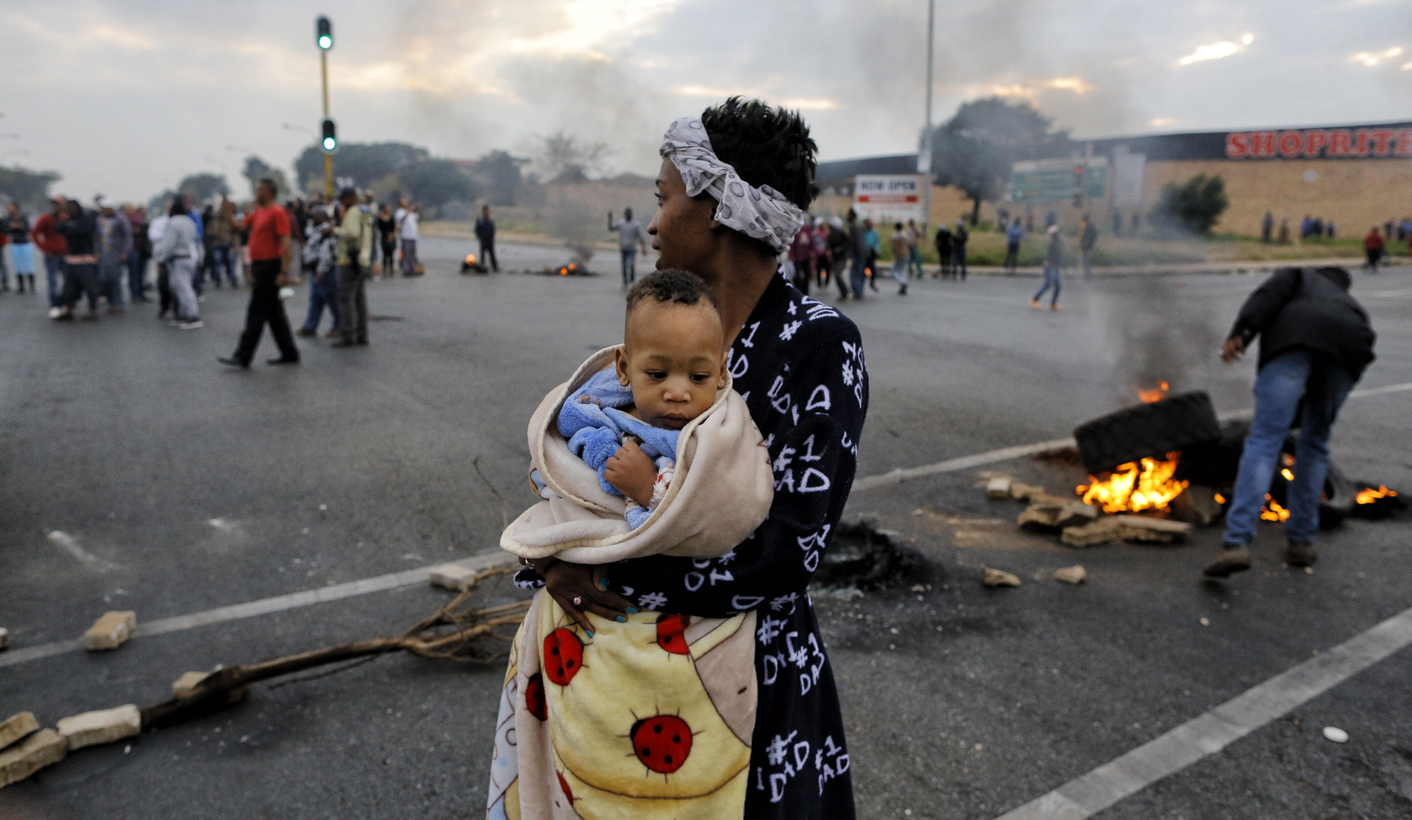 When we say “not all men” in response to conversations on Gender Based Violence it shifts the discussion from the oppression of womxn and mis-recognises the toxic consequences of the socialisation of males under patriarchy. By Eleanor Du Plooy and Danielle Hoffmeester for IJR.

Over the past two months, South Africa was confronted by the news of 1) the rape and compounded traumatisation on multiple levels of a 22-year-old UWC student; 2) the brutal murder of 22-year-old Karabo Mokoena by her boyfriend; 3) the murder of three-year-old Courtney Peters whose body was dumped in a shallow grave in Epping II; 4) the rape and molestation of boys at Parktown Boys’ High School; 5) the brutal rape and stabbing of a lesbian womxn in Potchefstroom; and 6) the alleged harassment of female students at the University of Cape Town (UCT) by an unknown man who allegedly films them during the interaction.

It’s a depressing account; these six cases that made their way into mainstream media in April-May 2017. But there are numerous others that have been published only on the margins of media (or not at all) in favour of more popular political narratives.

When womxns’ bodies continue to be sites of violence evidenced by the epidemic proportions of Sexual and Gender Based Violence (SGBV) in South Africa, it counters the narrative that we live in a post-conflict society. Throughout the world, but particularly in South Africa, womxn’s bodies are vulnerable to a range of violent assaults that include domestic violence, rape by acquaintances or trusted loved ones, rape by strangers, trafficking and forced prostitution. From birth, girls – and children who are told they are girls – are socialised to embrace misogyny as the norm. They are taught to adjust and curb their attitudes and behaviours to suit the patriarchal script that polices their bodies and shapes their existence. As such, all womxn, to greater and lesser degrees, move through the world with a constant and persistent threat of violence and, consequently, fear. This fear, in turn, is a form of psychological violence which shapes our engagements and lived experiences.

South Africa is commonly known as one of the murder capitals of the world, as well as the rape capital of the world – in itself a problematic phraseology that serves to glorify the violence more than it explicitly condemns it – and the underlying reasons have less to do with lack of education and employment than lack of moral conscience which so often feeds into toxic masculinities. Whether or not South Africa statistically deserves this strong association with murder and rape, the association remains, and is strongly reinforced each day with news of brutal killings, rapes, hijackings, and other forms of robbery.

Sexual violence, gender inequality and discrimination against womxn are deeply embedded in our society. Repeatedly harmful norms and stereotypes about womxn, and impunity for SGBV render womxn vulnerable. In the same way, harmful social constructions about the characteristics and roles of men reproduce toxic and violent masculinities. Often, social scripts that inform types of masculinities requires that some males suppress those emotions that resemble and relate to the feminine, in pursuit of “being a man”. What makes this kind of masculinity particularly toxic in the South African context is that this brand of “manhood” is fragile and advertised to men as one steeped in violence and aggression, toughness and social dominance. When we say “not all men” in response to conversations on GBV it shifts the discussion from the oppression of womxn and mis-recognises the toxic consequences of the socialisation of males under patriarchy. Ironically manhood is not universal and as such manliness is a nebulous concept and an ever-changing compilation of beliefs and actions.

The norms and stereotypes entrenched in social scripts of femininity and masculinity is compounded by the numerous gendered micro-aggressions that frequently lead to the rape and death of womxn, children, and feminine-posing men (these three groups remain the most vulnerable). Sexist jokes and homophobic language often lays the groundwork for a normalisation of a particular culture of violence which seeks to objectify womxn and LGBTQI+, removing the humanity that is the privilege reserved for a cisgender and heterosexual (often white) man. This normalisation of harassment contributes to the further degradation of vulnerable persons which often leads to sexual assault, to rape, and ultimately, murder. These incidents are not isolated and exist within a spectrum of violence. Sexual violence exists within a pyramid and it is imperative that we begin to realise how even a simple statement, like “ladies don’t dress like this or that” is foundational of rape culture, and makes victim-blaming acceptable.

Unsurprisingly womxn often internalise their oppression and express feelings of inferiority and inadequacy through policing and shaming other womxn who demonstrate autonomy and sexual agency. This demonstrates again how womxns’ bodies don’t belong to womxn and instead becomes a public entity others are entitled to judge and inhibit. This internalised misogyny manifests itself in a myriad of ways, including the outright aggressive body shaming, slut-shaming and victim-blaming.

Ultimately the attitudes that we have determines our actions which in turn shape our societies. We can therefore not afford to be ambivalent to the everyday gender injustices which we often are complicit in. It is only through the transformation of these conditions that create fertile ground for SGBV that we can start to prevent the cycle of violence.

There is a need for an examination across society – from media to our places of work – of how accepted gender norms negatively shape and inform our collective experiences. More so, it is imperative that we all confront our own gender biases; instead of encouraging womxn to protect themselves against different forms of abuse, this narrative must shift to speak to (potential) abusers, which every cisgendered male is, owing to their socialisation under patriarchy. South Africa – and the world – needs more emphasis on, and action that will create positive masculinities, thereby shifting gender- justice issues as the responsibility of womxn to the responsibility of all. Gender-justice is not a female issue. It is a humanitarian concern, and if we are to move into a truly post-conflict era, it is necessary that gender be prioritised and used as a lens through which we view and navigate the world. DM

Photo: A women carries her baby as she stands by burning tires as protestors close a major road during an early morning violent protest in Eldorado Park, Johannesburg, South Africa, 08 May 2017. EPA/KIM LUDBROOK