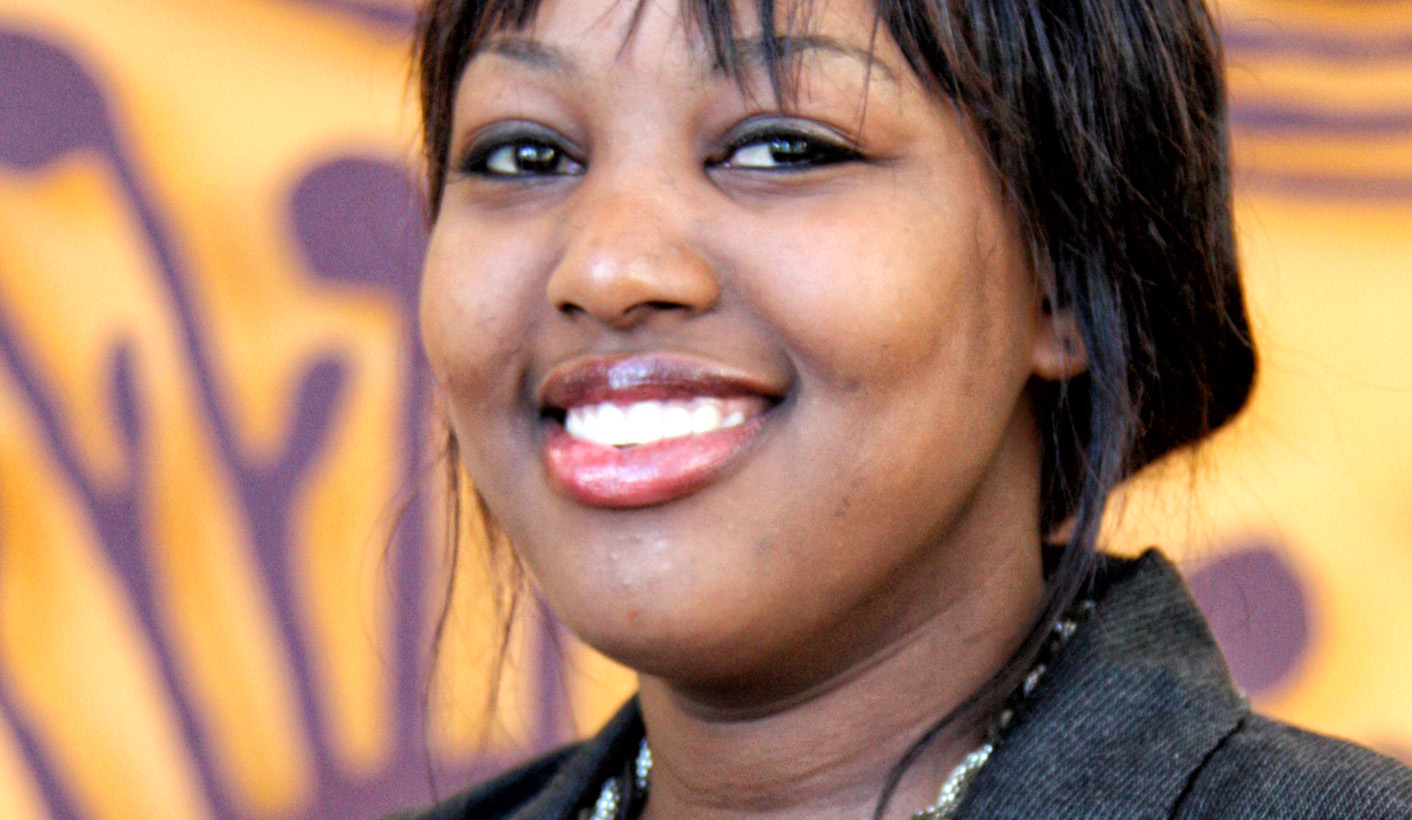 The ANC is an opposition party’s dream. The Democratic Alliance should be focusing on exposing the ruling party’s failures while proving itself in Johannesburg, Tshwane and Nelson Mandela Bay. Instead, as the charges against Mbali Ntuli show, it continues to score own goals. By GREG NICOLSON.

On Monday, DA leader Mmusi Maimane will march with opposition leaders to the Constitutional Court in support of the application for the no-confidence motion against President Jacob Zuma to be conducted through a secret ballot. It’s one of the party’s many attempts to hold ANC deployees accountable. The DA was recently in court to force Zuma to explain his Cabinet reshuffle. It’s taking Eskom’s decision to reinstate Brian Molefe as CEO on judicial review. It’s demanded that the National Prosecuting Authority explain whether Zuma will be charged with corruption for Nkandla.

The DA is well positioned to prove itself ahead of the 2019 elections, where it hopes to win further provinces. Supporters have reason to be optimistic. The ANC is limping between crises, hobbled by Zuma and distracted by its leadership race. In the three metros it has led since the municipal elections, the DA has a chance to prove its claims that it can provide clean and effective administrations. But the party keeps scoring own goals, bringing up demons it has worked to exorcise.

In December last year, Mbali Ntuli, former DA Youth leader and the party’s Umkhanyakude constituency head, reportedly liked a Facebook comment calling Western Cape Premier Helen Zille racist. It was on a repost of a Huffington Post article compiling a Twitter thread from @__Thabi of Zille’s controversial social media posts. Reposting the article, Ntuli said people should be able to share their thoughts, but “the party” must be consistent in how it deals with them.

“The problem as far as I’m concerned is when some Councillor or public rep tweets the same sort of thing and faces the full wrath of the public and suddenly the party. I’m not saying they don’t deserve condemnation and whatever else happens as a result of their actions but a little consistency would be nice,” wrote Ntuli.

“As a party we should be clear about why some leaders can say whatever they want with impunity and others cannot. When is it disrepute and when is it justified starting a conversation.”

Interim Western Cape leader Bonginkosi Madikizela laid a charge against Ntuli and she faces a disciplinary hearing where she could be stripped of her DA membership.

Ntuli’s charges come after Zille was also charged for bringing the party into disrepute. In March, the premier used Twitter and, later, op-ed pieces to argue that colonialism had positive as well as negative effects. “For those claiming legacy of colonialism was ONLY negative, think of our independent judiciary, transport and infrastructure, piped water etc.,” said Zille. Again, the former DA leader undermined her party’s endeavours to counter claims the DA represents white South Africans. The DA needs to woo black voters and Zille appeared to praise the system that oppressed them.

Zille has long been a liability for the DA, but despite regularly making controversial comments that negatively impacted the party, she’s been retained as Western Cape premier. Her ability to survive controversy gives ammunition to the argument that the DA isn’t run by Maimane but a faction beholden to Zille, which subscribes to her positions. Zille’s prominence reinforces the idea that the DA is a “white party”.

The charges against Ntuli make things worse. Maimane and other party leaders spoke out against Zille’s comments but Ntuli faces potential expulsion for liking a Facebook post criticising her. According to City Press, the party’s legal commission said Ntuli shouldn’t be charged. “Taking all of the above into consideration, it is recommended that no further action be taken against Ntuli. The documentary evidence presented would not be sufficient to ensure a conviction of misconduct against her… It is also submitted that a finding of not guilty against her would cause more harm than good to the party at this time,” it reportedly said.

Rules are rules and DA MP Dianne-Kohler Barnard was expelled from the party after sharing a Facebook post praising apartheid president PW Botha. The expulsion was later overturned on appeal, although she resigned from her shadow minister position, but the charges against her might serve as a precedent in the case against Ntuli.

Why, however, has the DA gone against its own legal commission’s recommendation and charged Ntuli for a Facebook like criticising Zille, whose views the DA is holding against the premier? Why has it taken so long for Zille to face her disciplinary hearing while a date for Ntuli’s charges to be heard has already been announced?

When Ntuli quit as DA Youth leader in 2014, the animosity between her and Zille was obvious. The DA has been repeatedly criticised for denouncing its alternative voices, and the struggles of its “black caucus” are well known. Ntuli continued to be a strong party voice despite going to build party structures in rural KwaZulu-Natal. Her public denouncement of Zille’s colonialism tweets were welcomed by supporters. It wasn’t the first time she had taken on the former leader.

The DA is at a crossroads. In 2014, Lindiwe Mazibuko announced she was leaving Parliament and hasn’t been actively involved with the DA since. It was widely reported that her departure was because of differences with Zille and her DA faction, exposed over varying views on policies of transformation. The differences on how to proceed, how the DA’s brand of liberalism should tackle issues of inequality and South Africa’s racialised society, are crucial as the party elects new provincial leaders this year. The factions that take the provinces will determine the next party leader.

The complex internal party issues matter little for the electorate. Zille is the DA’s equivalent of the ANC’s “Teflon man” – Zuma. Of course, she doesn’t face the myriad corruption allegations against the president, but she’s accused of racism, a charge carrying serious weight given South Africa’s history. Charging Ntuli looks like the DA endorses the double standards black South Africans know too well, that there’s one set of rules for whites and another for blacks. Then there are mistakes exposing the party’s positions, like Maimane’s visit to Israel.

The ANC is making things easy for the DA and it could be focusing on exposing the ruling party’s failures while proving itself in Cape Town, Johannesburg, Tshwane and Nelson Mandela Bay. Instead, it keeps scoring own goals. DM

Photo: Mbali Ntuli (Photo by the DA via Flickr)