Surviving against all odds – and court judgments: How Jacob Zuma does it 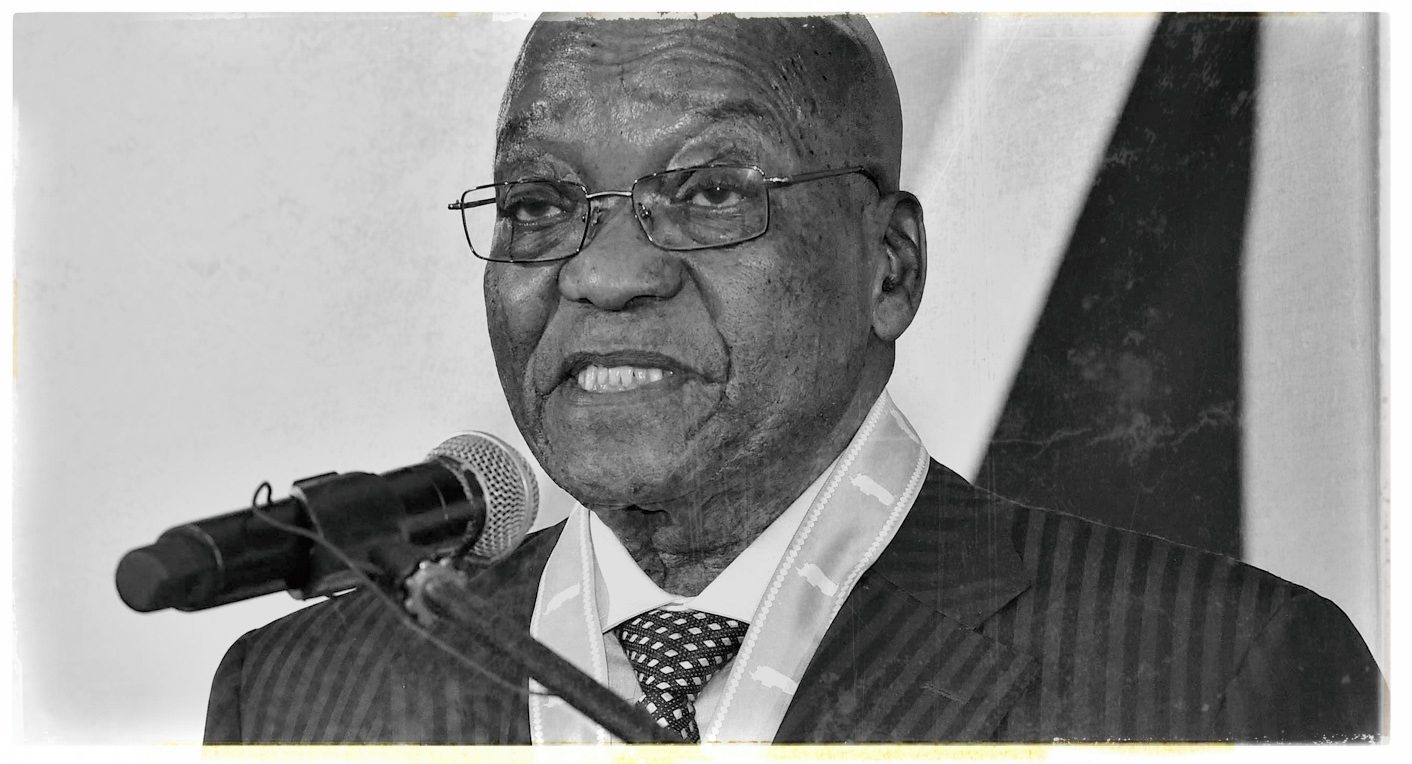 President Jacob Zuma suffered yet another blow on Thursday when he was ordered by the North Gauteng High Court to provide reasons for his firing of Pravin Gordhan and Mcebisi Jonas from the Cabinet – and pay the costs of the application. You would think that these numerous losses in the courts, as well as being booed, mass protests and mounting calls to step down, would eventually break the president’s obstinacy. But Zuma remains impervious. “I am not leaving the office right now,” he casually told journalists at the World Economic Forum in Durban this week. Zuma’s resilience is related to how the ANC failed to hold him accountable and his ability to manipulate and manoeuvre behind the scenes. By RANJENI MUNUSAMY.

The ANC made two major mistakes in how it dealt with its president. There were many more, of course, but the party set a precedent when it slipped up in failing to hold him accountable on two major issues.

The first was the landing of the Gupta family’s jet at Waterkloof Air Force Base in April 2013. It is now common knowledge that Zuma’s name, or “Number One”, was used to facilitate the family’s private jet carrying wedding guests being able to land at the military facility. After ANC Secretary-General Gwede Mantashe issued a public statement demanding accountability for the incident, government appointed a task team to investigate what happened.

Mantashe said in the media statement:

“The African National Congress, driven by the concern for the safety and sovereignty of South Africa, shall never allow a situation where our ports of entry and National Key Points are penetrated with impunity. We demand that those who are responsible for granting access to land aircraft in our country also explain the basis upon which such permission was granted, particularly to land at Waterkloof Airforce Base. Those who cannot account must be brought to book.”

A few weeks later, the ANC held a national executive committee (NEC) meeting where the matter was raised. It was the ANC’s opportunity to demand an explanation from Zuma about his relationship with the Gupta family and why they felt at liberty to use his name and abuse a government facility for personal use.

But Zuma outsmarted the NEC. He told the meeting that Waterkloof Air Force Base was not a national key point but a “strategic entry point”. His allies chastised members of the security cluster for not clarifying the exact status of the air force base.

With that, Zuma was able to successfully swat away the incident – and the ANC allowed him to do so. The technical description of Waterkloof was beside the point. It is a government facility belonging to the South African National Defence Force and should not be used by private individuals and private aircraft. The landing of the Gupta plane constituted a security breach and the president should have been held accountable for his role in the matter.

The second blunder by the ANC was its handling of the Nkandla saga. The history of Nkandla security upgrades is long and complicated, and detailed in the Public Protector’s report, Secure in Comfort. The report found that Zuma violated the executive ethics code by failing to protect the public purse and instructed him to pay back some of the R246-million spent on the upgrades.

As the controversy raged over several years, the ANC and the security cluster ministers ran interference to prevent public accountability for the matter. This included frustrating former Public Protector Thuli Madonsela’s investigation, making all manner of accusations against her and undermining her office.

The reason for this approach was that the ANC NEC accepted Zuma’s explanation that he did not know anything about the upgrades and therefore did not need to account for the spending of R246-million on his personal home. After the release of the Public Protector’s report in March 2014, the ANC went further to close ranks against the president.

At its March 2014 NEC, less than two weeks after the release of the Public Protector’s report, Mantashe proudly told the media that Nkandla would be the “shortest item” on the meeting’s agenda. Despite the fact that the 2014 elections were just two months away, the ANC believed the Nkandla controversy would have no impact on the vote – and stood by the president. But the drop in support at the polls showed that Zuma was damaging the ANC’s standing and reputation.

ANC provincial chairperson Paul Mashatile repeatedly implored the ANC NEC to pay back the money and close the Nkandla chapter. He was derided for doing so and eventually fired from Cabinet. The ANC and Zuma believed their parliamentary majority would ensure that he would never have to account or pay back the money. The ANC caucus in Parliament ensured that the ad hoc committee process on Nkandla was a farce and Zuma wriggled out of implementing the Public Protector’s report.

The ANC accepted Zuma’s half-baked apology for the “frustration and confusion” over Nkandla and tried to force the matter’s closure. In the 2016 local government elections, the ANC was punished for this and for treating the electorate with disdain.

By its own deeds and failure to hold Zuma to account, the ANC created the Nkandla and “state capture” monsters that are now devouring the party and fashioned the president’s sense of invincibility.

It seems, however, that his Cabinet reshuffle in March finally shook the party leadership to the reality that Zuma is a law unto himself and that the Guptas had usurped control of the state. Years after it was clear that Zuma was beholden to his benefactors, ANC officials spoke out about decisions being made “elsewhere” rather than in the governing party.

The ruling of the North Gauteng High Court on Thursday was that Zuma should explain the reasons and provide the full record that informed his decision to reshuffle the Cabinet. The Democratic Alliance (DA) filed the application because it was clear that Zuma’s firing of Pravin Gordhan and Mcebisi Jonas was not based on sound reasons, particularly after ANC officials are on the record that the president used a bogus intelligence report to justify his decision.

With two downgrades to junk status ensuing as a result of Zuma’s decision, the country deserves accountability for the president’s actions.

Instead, the ANC resisted calls to call a special NEC to discuss the matter and accepted Zuma’s explanation that he holds the prerogative to hire and fire people from the executive. But the ANC seems unable to get him to explain whether this was based on sound reasoning or nefarious interests.

Zuma’s confidence and ability to laugh off accountability is because he has successfully dodged responsibility in the past and knows how to manipulate ANC meetings. He and his supporters simply latch on to an excuse or side issue – at the November NEC that debated him stepping down, it was supposed threats on his life – and distract the discussion. In this way, Zuma has rendered the ANC impotent and subservient to his will.

The NEC meets again at the end of May and it remains to be seen whether the tail will again wag the dog. Breaking the destructive cycle will require the majority of NEC members to speak out and demand accountability from the president. If there is sufficient public pressure, momentum within the alliance, and enough brave people in the NEC, perhaps this could be the end of the road for Zuma. Or it could be too little too late.

Zuma has always managed to outsmart his detractors. And could again. DM