Alibi, Ep7 : SA podcast probes why a man was given terrible legal help and whether his co-accused suffered the same fate 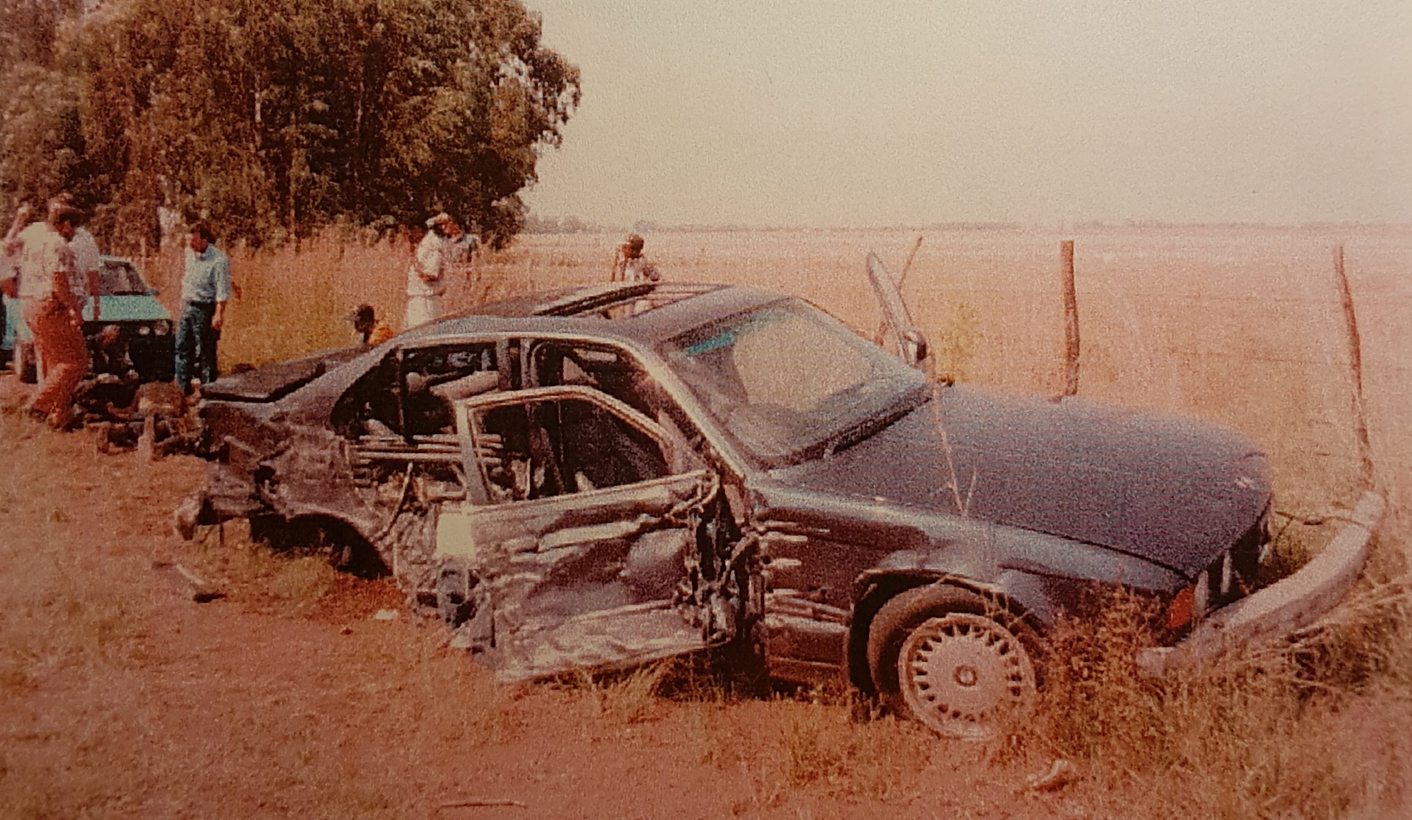 In episode 7 of Alibi, the podcast and radio series that is investigating a single criminal case over eight weeks, we finally track down where Anthony de Vries’s co-accused have been all these years … and what we discover makes it more astounding that our guy was ever convicted. By PAUL McNALLY.

Anthony de Vries was convicted of a double murder and robbery in the 1990s and we are investigating whether he is guilty or innocent of the crimes, as he has always claimed. The names of his co-accused were Steven Mkwanazi and Calvin Collins. Since the start of the investigation, Anthony has maintained that he only met his co-accused on the day of the arrest. This was on a patch of field beside a car crash where the police collected and photographed their suspects.

The crash was between a BMW and a truck. Anthony was meant to have been the driver of the BMW (according to the state), but he has insisted for years that he first saw the dark blue sedan only when he was told by the cops to stand next to it. This is the photo that we have of Anthony where he is painted red with blood – it was taken at the same time as those of the three co-accused – though there is no blood on Steven and Calvin. They look like they are in their mid-20s and are standing on a grass bank on a beautiful, sunny March afternoon.

In Anthony’s bail application in 1994 Warrant Officer Jacques Marais said that after interviewing the suspects he determined that the co-accused all knew each other. This assumption by Marais that Anthony knew his co-accused was brought up at trial and this idea that they hadn’t just been randomly picked up by cops strengthened the idea of them being a gang.

When you are awaiting trial the facilities are often over-crowded and poorly regulated. Anthony was in there for five months.

However, crucially, in Constable Derek Wayne Gibson and Warrant Officer Francois Willem Riekart’s lost statements – the ones taken at the arrest stage, but which were lost when it came to trial – contradicted Marais and said they heard the two co-accused introduce themselves to Anthony.

Anthony was arrested away from the scene, but his co-accused, according to the police, were arrested coming straight out of the BMW, so the strength of their connection to Anthony is crucial to the case.

The three of them were arrested, allegedly tortured, spent months in prison awaiting trial and were then offered bail. Bail was set at R7,000 for Anthony – a lot for man earning R2,000 a month as a panelbeater in Ennerdale. When Anthony received bail he thought nothing was going to materialise from the case. He went back to his normal life. It took three years for the case to go to trial.

Anthony was eventually convicted under the law of common purpose which makes his co-accused more important. According to the law of common purpose, if you are an active member of a group and a person in your group commits a crime, such as a murder, then you are liable for that crime. In an apartheid context it allowed people to be imprisoned for being part of a protest or a gathering. So, if you commit a robbery with someone and they kill a cashier, then you could be convicted for the murder even though you did not directly kill the person. This is how Anthony was able to go to jail for double murder, double attempted murder and robbery when the judge only connected him to being the driver of the BMW.

We know that Anthony was the only one convicted of these crimes, despite there being strong evidence stacked against his co-accused. In this episode we find out what happened to Steven and Calvin and how their fate tangled Anthony’s case; we explore Anthony’s legal representation and find an upstanding man of the law who believes our guy failed to gain access to justice and we see if there is a chance of Anthony getting a lawyer to help him, finally, with his parole. DM

Paul McNally is an award-winning journalist living in Johannesburg. He was a Knight Visiting Nieman Fellow in 2016 at Harvard University. He is the author of the nonfiction book The Street: Exposing a World of Cops, Bribes and Drug Dealers and is the Founding Director of Citizen Justice Network, a project based at Wits University that trains community paralegals to be radio journalists.