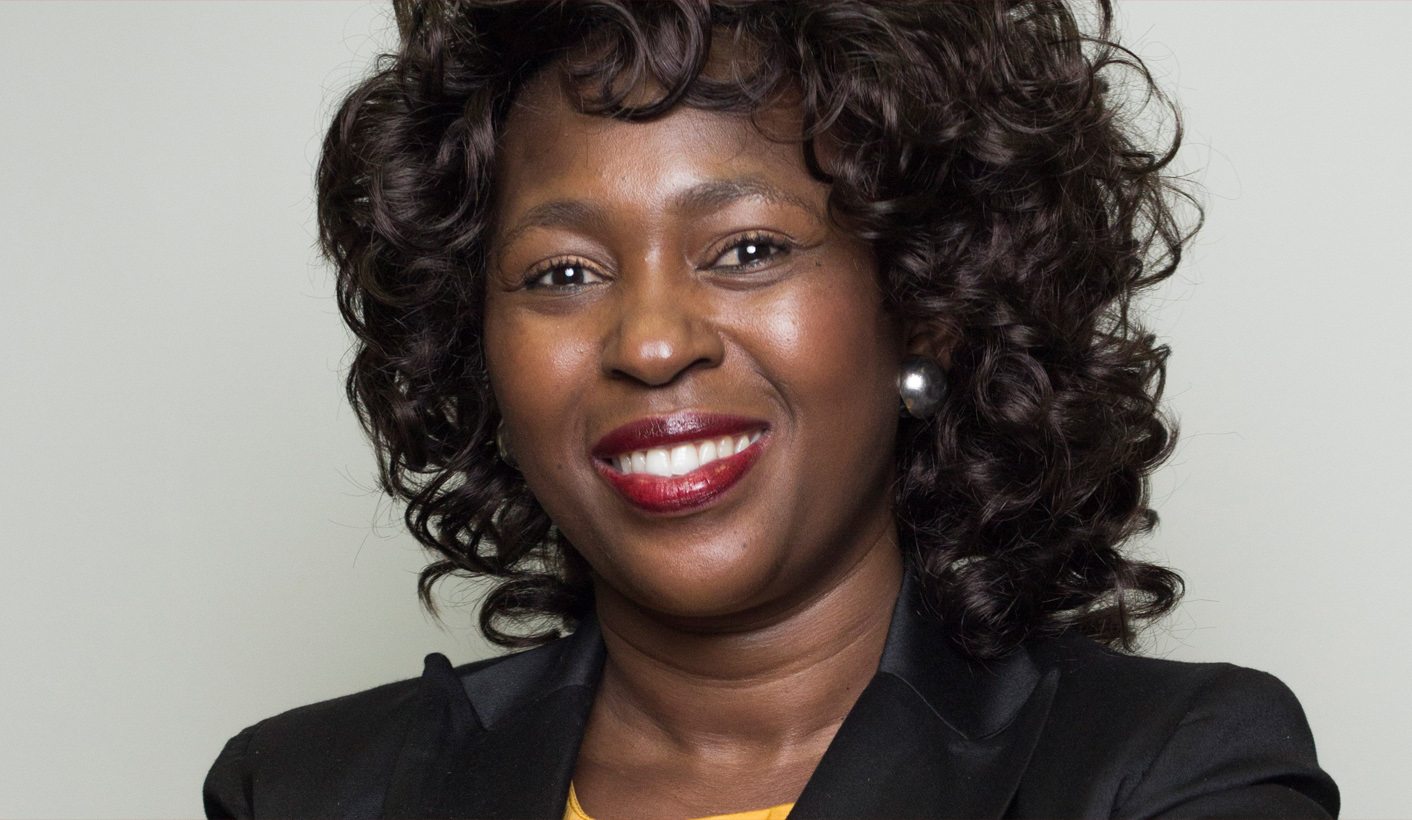 We are living through a previously unheard of political era, where more and more members of the ANC are prepared to speak out against President Jacob Zuma. He gives no indication of being shaken, and is happy to use his storm troopers to disrupt memorial services for a man as legendary as Ahmed Kathrada, or to swing a ceremony to honour someone as important as Chris Hani towards his own political end. And still, Zuma-the-might-is-right is not managing to stifle the dissent. What's more, his naked moves to grab more power appear to be actually inspiring people to speak out. On Monday it emerged that ANC MP Dr Makhosi Khoza had joined that band of people who refuse to stay silent. She is not alone, and she will not be the last. This all happens in a fraught time, when the balance of power within the ANC is hard to determine, and where the ANC caucus in Parliament could play a decisive role in cutting this particular Gordian Knot. By STEPHEN GROOTES.

‘The marches that took place last week demonstrated that racism is real and exists in our country.’

‘So you have ten million (voters) that is not in the structures of the ANC. What are you saying about those people who are voting you in, if you are not going to be listening to them, if the only way they can talk to you is to march?’

Makhosi Khoza is not a Member of Parliament many people could have picked out of a party list two years ago. She is a member of Parliament’s Standing Committee on Finance, and before that she played a similar role in the KwaZulu-Natal legislature. She is literally from Zuma’s backyard, his home province. But she has also played a role in corporates, and yes, the doctorate is real, not honorary. It’s a PhD in Administration. Khoza has sprung into the public eye twice in the last year. The first was during her chairing of the procedure to appoint a new Public Protector, and the second was when she did something many people would have loved to do: she grilled then Communications Minister Faith Muthambi during the inquiry into the SABC. She appears to be your typical no-nonsense type of politician.

On Monday morning a Facebook post by her started to do the rounds, in which she stated that “politics of patronage has finally claimed the sanity of my ANC leaders. A triumphant story has turned tragic in my lifetime”.

As a critique of the ANC, it is hard-hitting, almost cutting. It is the kind of thing that Mmusi Maimane could say. But she is saying it from the inside. This makes it much more powerful, particularly because it is clear that Khoza is hurting. And hurting big time.

This is the voice and the pain of someone who has given all to the ANC for many years, and can’t stand what is now happening to it.

In the interview she says that “if you are a leader, whatever that you do, your silence is also saying something. If you are silent and you are saying something you are possibly assuming a particular moral posture”. It is a variation on the old saying that “for evil to prosper all that is required is for good people to do nothing”.

But Khoza is also prepared to take Zuma head-on. Earlier on Monday he had told a wreath-laying ceremony for Hani that the marches against him on Friday were about racism. He claimed that certain placards had demonstrated this. A claim with vanishingly little if any evidence to back it up. Khosa clearly believes this is not true. She says, “To me, what was of concern that I was hearing more of the labels of these people who are marchers. And not necessarily addressing the real issues of their concerns.”

“If you are a leader of society, you have to listen to divergent views, no matter how painful they may sound I think we have to as the ANC.” Khoza also makes the point that 11-million people voted for the ANC in 2014, and fewer than one million of them belong to the party. So then, what, she asks, is the party saying to those people, when “the only way they can talk to you is to march”.

Khoza’s criticism of Zuma is direct and honest. It follows a line of other ANC MPs such as Chief Whip Jackson Mthembu and Mathole Motshekga who have made similar comments. And of course three of the ANC’s top six leaders have all pretty much done the same in their response to the removal of Pravin Gordhan as Finance Minister. What is striking about these incidents is that nothing has been done to these people. They have faced no punishment that we are aware of. This could surely embolden other ANC members inside and outside Parliament to do the same.

In this highly contested environment around the ANC, it is becoming clearer that it has lost the ability to properly discipline people. In other words, there is nothing stopping those who want to speak out. And consider the identity of the head of the party’s disciplinary committee: Hanekom. Derek Hanekom. The former Minister of Tourism, shafted by Zuma after he proposed the President be recalled during a national executive committee meeting late last year. Even if Hanekom were to be totally unbiased (and considering his track record, that’s not a big if, it’s likely he would try to be as neutral as humanly possible), anyone speaking out against Zuma would be assured of a fair process. And that would mean they are likely to come out smiling, because how can someone be punished for saying what three national leaders have already said and faced no formal punishment for?

When trying to predict the behaviour of politicians it is often safest to prioritise their own interests. If you can work out what their interests are, you can predict their behaviour. For many ANC MPs now, things may well be coming to the point where they are wondering if they will return as an MP after the 2019 elections. The lower on the parliamentary list they are now, the less chance they have of coming back. For many of them, politics is everything. And the list of jobs available in metros is also shrinking. Which means that for their own self-interest, some of these MPs must surely be thinking that the party needs to change direction. If they are at all informed about events outside of their own bubble, they must see that winds are not blowing in their direction.

But their problem still remains: do they allow Zuma to stay, or do they try to act against him? Both are perilous. If they do nothing, they could be queuing up outside any McDonald’s with a “help wanted” sign in late 2019. If they act, they could be doing that by December this year. It may be hard for Zuma’s critics to remember this, but Mpumalanga Premier David Mabuza’s warning on this issue does still stand. If ANC MPs were to turn on Zuma and vote him out, there is a real risk it could remove them as an MP at some point in the future (the law around this is finicky and complicated, but if Zuma’s side were to win any factional battle in the ANC, surely their days as MPs would eventually be numbered). And then what?

This means that the safest choice for many is to speak out against Zuma, but actually take no other action. It may sound like a coward’s way out. But it must also be very hard, because they do not know what will happen within the ANC in the future. And because many of them, like Dr Makhosi Khoza, feel for the ANC so deeply. DM