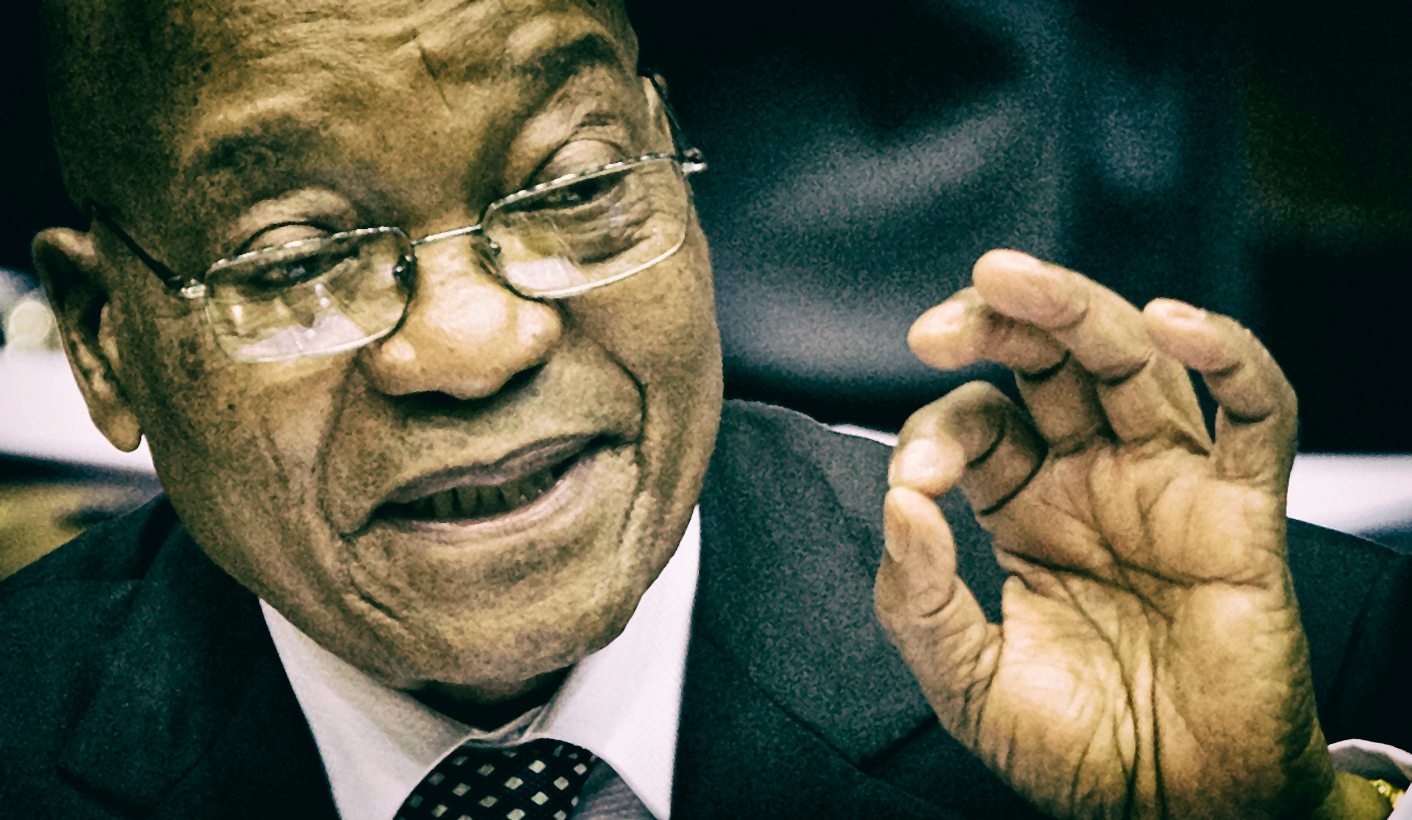 You cannot fight against evil if your own soul is littered with same. Our land redress, radical economic transformation and united non-racial and non-sexist are just and fair battles. However, we are standing on an immoral platform from which we launch our attacks on oppressive systems. By MAKHOSI KHOZA.

When members of society stood up, left the comfort of their homes, stopped doing the regular activities of a normal working day on this specific day, 7 April 2017, they took to the streets to make an urgent, agonising call to their leader of society, revoltingly its leader chooses to see conspiracies of different shades and forms and not unity of purpose. I concede this may be the most definitive sign of irrelevance and chronic leadership incapacity.

The ANC has always been a leader of society. Some of us still believe in its mission of building a non-racial, non-sexist, united and prosperous society. Most of all, some of us believe in freeing the black African from centuries of psychological enslavement, landlessness, nothingness, poverty, shame and pain of being portrayed as a people who share collective stupidity.

Some may wonder whether we ever raise these issues with our ANC leaders internally. I always do. You may ask SG, TG or anyone who has served with me in ANC structures. I have always warned of the dangers of arrogance and complacency. Those who served with me in the ANC PEC and PWC KZN or those who are honest enough to understand why I was voted out as PEC and spokesperson would recall my favourite quote: “In the absence of truth silence is a lie”. By the way I have on previous occasions taken a stand that was undoubtedly career limiting and at face value rendering my qualifications, experience and fortitude worthless.

Regardless of these real consequences I chose not to warm the back benches of Parliament but remain true and consistent to ANC’s mission and my pursuit for a prosperous Africa.

Admittedly as a single parent, I have constraints. In late 1998, I resigned as a Chair of EXCO, now a mayoral position in Pietermaritzburg to join Standard Bank as one of its managers after the death of my husband. I was only 28 years old. My son was one year old and my daughter five years old. I returned back to local government in 2001 as CEO: organised local government. In 2009, I became an MPL: KZN chairing Standing Committee on Public Accounts (Scopa). I was redeployed to Chief Whip position after I revolted against collective leadership injudiciousness. Ultimately, I tried to apply to be City Manager, eThekwini Municipality; subsequently my land was invaded.

Ultimately I left the provincial legislature in 2012, it was clear that if I continued my children Zama and Mlando would be orphans as they were one parent away from the orphanage. Today both are at the university.

I once more choose to see the 7 April 2017 marches across the country as not conspiracies of white monopoly capital but genuine concerns of the majority of marchers. I am a product of history. The marches I witnessed across the country were not different from the women’s march against pass laws. They were the same as the march against Mike Gatting’s disregard for international sanctions against apartheid South Africa.

Politics of patronage has finally claimed the sanity of my ANC leadership. A triumphant story has turned tragic in my lifetime. The ANC is defining itself out of power when the majority of its people remain trapped in poverty, joblessness, dependency on state social grants, poor quality education and health care and when millions cross African colonial boarders in search for a better life in African soil as all borders outside Africa offer no better prospects for them. As Africans we are a homogeneous lot. We are known as a “Shackled Continent” as defined by Guest, a British journalist. Millions die of Malaria and malnutrition on the continent I call home.

Worse… it is continuous entrapment of the poor and marginalised in hopelessness. As a former student in Zimbabwe during the introduction of Structural Adjustment Programme (SAP) whatever conspiracy theories we may have, what I know for sure is that disinvestment in the South African economy is catastrophic in every imaginable manner.

Sikhumbuzo Tshabalala, I understand you fully, but who am I? I’m led by an injudicious leadership who are deleterious of ANC relevance and lifespan. We are directed to maintain unity at all costs even if leads us to the ditch. We are instructed to follow directionless directives without questioning or raising the risk concerns for the route we are taking even if it leads us to the wasteland.

Where to from here, I have no clue. One thing for sure is that you cannot fight against evil if your own soul is littered with same. Our land redress, radical economic transformation and united non-racial and non-sexist are just and fair battles. However, we are standing on an immoral platform from which we launch our attacks on oppressive systems. As a result we are depleted and ultimately we’ll be defeated as our goals wait for a new morally inspired tackle. DM

Makhosi Khoza is an ANC MP. This was first posted on her Facebook timeline