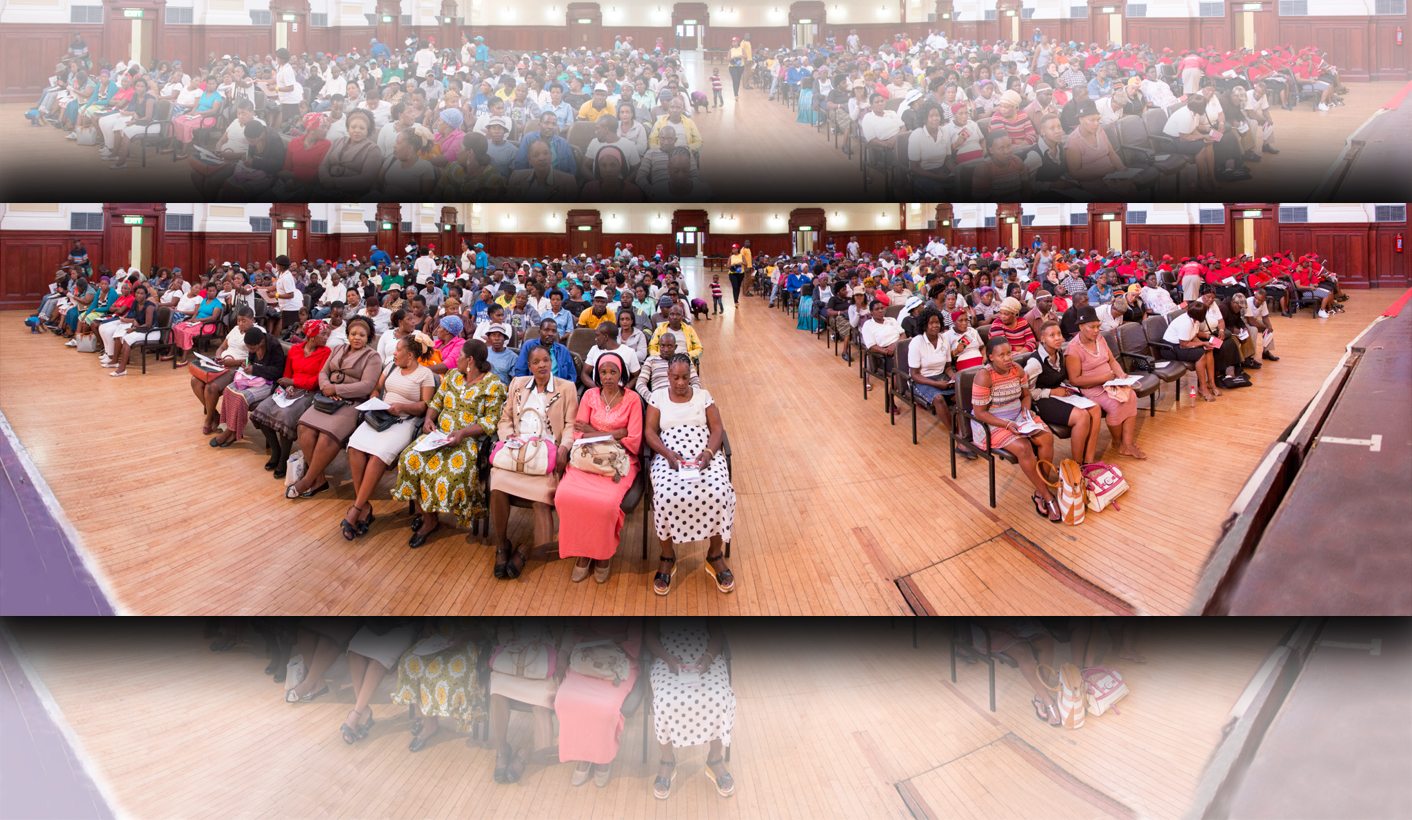 It is often assumed that when work is informal, it is not protected, and that informal workers do not have rights. This is not true. Informal workers enjoy the same constitutional rights as everyone living in South Africa but they often do not receive the same protection from local governments as formal businesses do. By DENNIS WEBSTER.

Street traders “are getting used to the arrogance of political office bearers and their breath-taking ignorance of the laws that govern their actions,” according to Brian Phaaloh, the general secretary of the South African Informal Traders Forum (SAITF). “Trying to be positive and constructive in the middle of this fight often seems a sure recipe for disappointment,” he says.

The informal economy and the people who work in it are crucial to the South African economy: 27% of people working in South Africa work informally, contributing 8% of the national Gross Domestic Product (GDP) every year. In a broader context of rampant unemployment, these jobs, which are predominantly taken up by women, support thousands of families. Informal businesses also provide poor and working class families with cheap and readily available goods and services.

However those making a living in the informal sector do not receive the same protection from local governments as formal businesses do. As a result, it is often assumed that when work is informal, it is not protected, and that informal workers do not have rights. This is not true. Informal workers enjoy the same constitutional rights as everybody living in South Africa. They have a right to a local government that works, provides basic services, and which promotes social and economic development, for instance. They have the right to have their inherent dignity respected and protected, the right to administrative action by the government that is lawful, reasonable and procedurally fair, and the right to not be arbitrarily deprived of their property.

Despite these rights, and providing indispensable economic and social functions in an economically precarious national context, informal street traders make their living in hostile environments. In Johannesburg’s inner city for example, police officials abuse the law and infringe on street traders’ rights daily when they force bribes from traders. Traders’ stock is regularly and arbitrarily confiscated, and seldom returned to them.

Traders regularly experience unlawful removal from their places of business. The worst example of this was the City of Johannesburg’s eviction of 8,000 street traders from their places of work during Operation Clean Sweep in 2013, leaving their 30,000 dependants without an income for three months. On Human Rights Day last month, street traders in Mthatha were unlawfully evicted.

Recently, 500 SAITF members, in partnership with the Socio Economic Rights Institute of South Africa (SERI), made their way from around Gauteng to Johannesburg’s inner city to launch a new resource guide for informal street traders. All five of SAITF’s regional branches in the province attended the launch, where more than 1,000 guides were distributed.

The guide, titled Informal Trade in Johannesburg: Your Rights, will assist informal street traders to protect their rights, and empower them in what Phaaloh calls “a long-time struggle to liberate ourselves from the inhuman harassment we experience every day”. He is referring to the treatment informal traders face on the streets of South Africa’s cities at the hands of metro police forces and SAPS. While it has Johannesburg as its focus, most of the guide is applicable to street traders around the country.

The guide is intended to assist in the growing rights awareness of street traders around the country, and their emerging willingness to enlist the courts to hold local government to account when those rights are infringed on. About 1,652 of the traders evicted during Operation Clean Sweep, for instance, have sued the City of Johannesburg for the R120-million in damages they incurred during the humiliating campaign. This after they had the operation overturned by the Constitutional Court. A Durban street trader, John Makwicana, had the Durban High Court declare bylaws which give officials unrestricted power unconstitutional with the assistance of the Legal Resources Centre (LRC). And traders in Tshwane, working with Lawyers for Human Rights (LHR), were recently successful in the North Gauteng High Court in ensuring that they are included in the development of a new shopping centre instead of displaced.

Informal Trade in Johannesburg: Your Rights, which was developed in close consultation with street traders and draws directly on their experiences and insights, has two aims. On the one hand, it will inform traders of their rights so that they are aware when those rights are being infringed, and set out the options traders can consider in those situations. On the other hand, the guide sets out the relevant bylaws and rights for informal traders and empowers them to protect those rights. For Phaaloh: “The guide shows that making a living on the street is not privilege but a right, and that we are entitled to challenge government officials acting unlawfully towards us.”

It is unfortunate that the antagonisms between local governments and informality look set to continue. Johannesburg’s new mayor Herman Mashaba is planning a “shock-and-awe” approach to governance in the inner city, based on US military tactics and “the use of overwhelming power and spectacular display of force to paralyse the enemy’s perception of the battlefield and destroy its will to fight”. This approach will no doubt present new threats to the livelihoods of street traders, many of whom are from elsewhere on the continent – something else the new mayor has taken issue with.

Traders continue to engage the City, however, and to organise and mobilise around struggles for greater legitimacy and recognition in Johannesburg’s economy, and the attendant infrastructural and support benefits. Until those victories are won, greater awareness of their rights and how to protect them will serve to bolster their claims to the livelihood opportunities represented by Johannesburg’s pavements. DM

Dennis Webster is a SERI researcher.

Photo: 500 SAITF members, in partnership with the Socio Economic Rights Institute of South Africa (SERI), made their way from around Gauteng to Johannesburg’s inner city to launch a new resource guide for informal street traders. All five of SAITF’s regional branches in the province attended the launch, where more than 1,000 guides were distributed. Photo by Edward Molopi.

The guide can be downloaded for free here