Alibi, Ep 5: A deep look at how a man was tortured… to figure out if he was innocent of murder (Podcast) 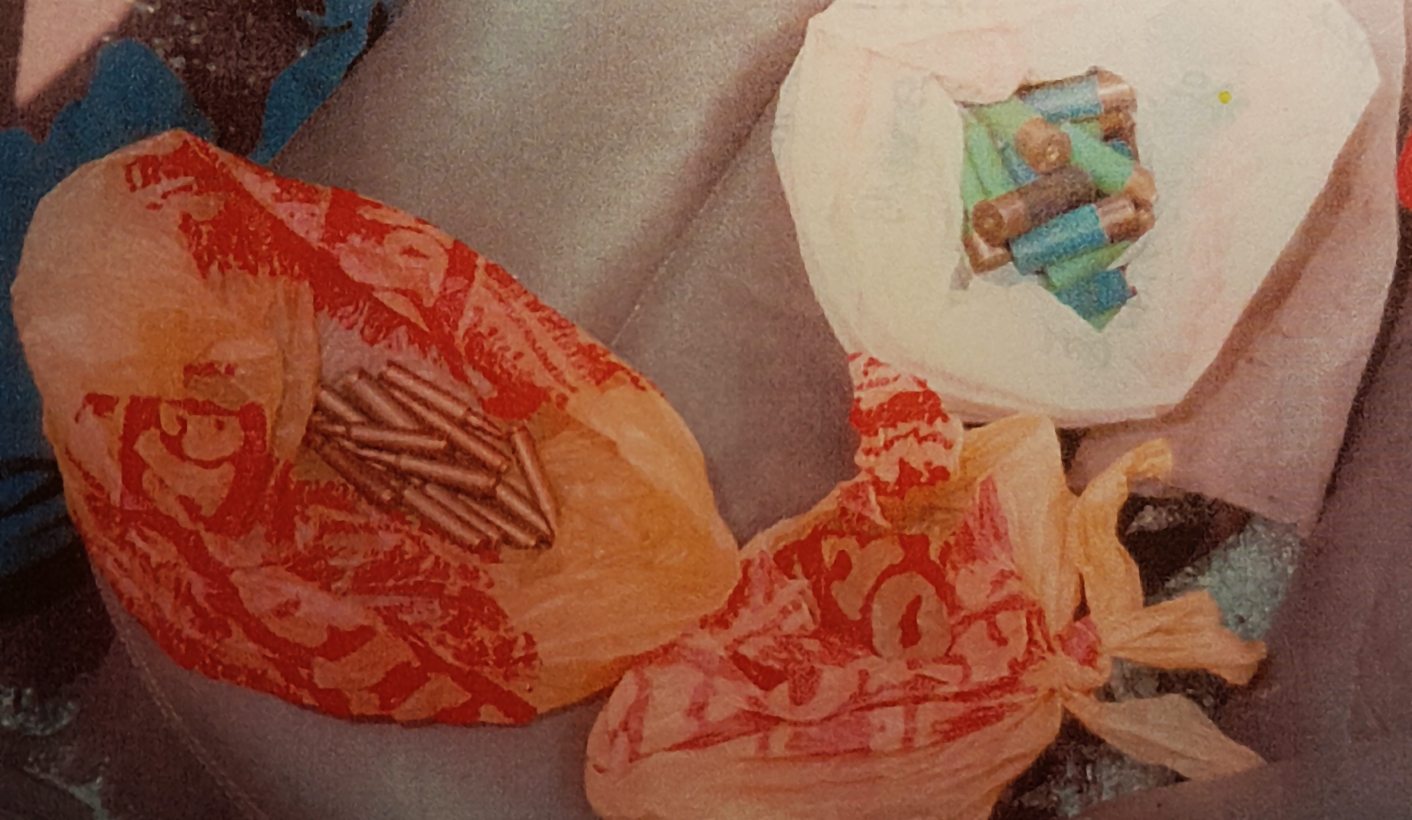 In the fifth episode of the podcast series Alibi we get closer to discovering if Anthony de Vries is guilty or innocent of the crimes that put him in jail for most of his life. It involves focusing on the injuries from when he was tortured – they hold the important secrets. By PAUL McNALLY.

Rebiki Joyphus Moremi lives in Davyton, an East Joburg township made famous in recent years, I’m sorry to say, by being the site where two police officers dragged a Mozambican man behind a taxi in broad daylight. From there he was taken into police custody and died from his injuries. I drive out to Davyton to see Moremi for the first time out in the road in front of his house. He is wearing a Kaiser Chiefs cap.

Moremi now offers his time as a private investigator, but used to be an internal investigator for the police, so he spent his time looking at the crimes of other cops. He is a man who can reveal information to us about certain police atrocities he worked on during the Nineties and specifically the case of Anthony de Vries. The eight-part podcast and radio series Alibi is investigating whether Anthony de Vries is guilty or innocent of a series of horrendous crimes from 1994: a double murder, double attempted murder and robbery.

The murders were of two security guards in broad daylight at a Checkers supermarket in Vereeniging. When Anthony was arrested he put forward abuse charges against the police, claiming they tortured him while in custody, and the man who looked into these accusations was Moremi. The abuse is crucial, but it also meant that Moremi investigated Anthony’s injuries in general and since the beginning of the story we have known that if we get more specifics on Anthony’s injuries that he amassed one way or another during that day then we can find out what he was truly doing.

I drive my tiny car through the black metal gate. There is a tavern built into the front of the house with beer advertising signage. It is called Moremi’s Cabin. The tavern is owned by one of the old man’s sons.

Moremi’s house is filled with sideboards and couches crammed into small spaces. He is long retired and in his seventies, but he has a hard no-nonsense way about him. He testified at the Goldstone Commission, formally known as the Commission of Inquiry Regarding the Prevention of Public Violence and Intimidation. It was a commission intended to investigate political violence in the early Nineties in South Africa.

Moremi’s wife is at the table beside us. She watches Moremi’s every motion. I ask her how she feels about Moremi’s line of work, how he has spent a large chunk of his career scrutinising the crimes of other cops, and Moremi answers for her.

“She doesn’t trust anyone with me. She thinks they’re going to kill me. Because I’ve sent so many people to jail,” he says. He says even me, when I started asking about his past cases – he thought it was a possibility that I could be coming to capture him.

I’ve brought three plastic bags of paperwork for Moremi. He settles into the first bag. We are sitting on hard wooden chairs but in front of all of Anthony’s court and police paper work Moremi suddenly looks incredibly comfortable.

Moremi reads through his old reports, tutting over the quality of his own handwriting – this is research he did more than 20 years ago – and reveals to me that Anthony and his co-accused were certainly tortured. But there is a twist from a prison doctor at the end of this episode that makes the whole case lose cabin pressure. It sends us back to questioning everything we thought we knew from the start. It is a twist that puts everything Anthony has told us into doubt… DM