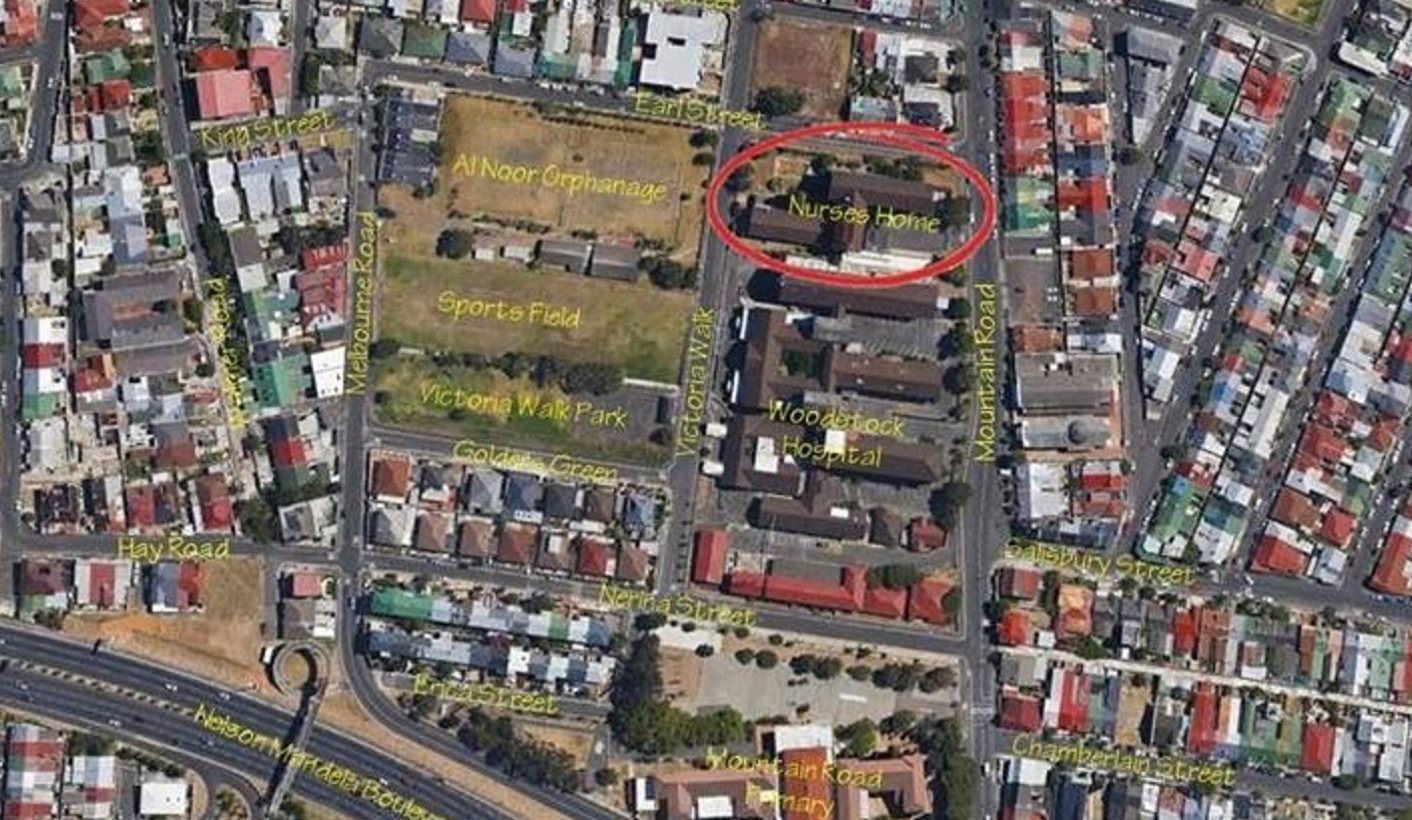 An application to rezone part of the old Woodstock Hospital site and turn it into new offices for Cape Nature has thrown the province’s failure to deliver affordable housing into the spotlight once more. By ANTOINETTE MULLER.

The application for the rezoning of the old Woodstock Hospital and the vacant nurses’ home submitted to the City of Cape Town by provincial government has ruffled the feathers of the Woodstock community and social-housing activist groups.

The application includes a proposal to consolidate and subdivide a section of the property and rezone one of these areas from general residential to general business. It is this caveat that has caused the most grief. This change allows developers to build up to 25m on the site, a big concern both for residents and activist groups.

While some residents in the area are simply concerned about the impact increased footfall and traffic to the area will have, the broader debate around social and affordable housing has also come into the spotlight.

“One of the big issues is (that) we haven’t located the discussion around rezoning in (the) broader context relating to state resources, access to land and inequality.

Typically, when people respond to things like rezoning it’s narrow self-interest, it’s someone defending their parking or their partial view of the mountain,” Julian Sendin, a researcher from Reclaim the City, said in a panel discussion on Bush Radio on Friday.

“What we really need to do is reach a much more powerful consensus around development and ask what we want it to be. We want it to be fair and just and in the favour of the poor.”

This is particularly important in an area like Woodstock and Salt River where affordable housing units have been promised for years, but none have seen the light of day and especially with the complexity of the rezoning application.

Social housing has been in policy and legislation since South Africa entered democracy, but the track record for delivery, especially in areas in close proximity to economic opportunity, is sorely lacking. Over the last few years, six sites have been touted as possible development for social housing. Reclaim the City say that some of these projects have been in the pipeline and promised since 2008 and were meant to be complete in 2011. Thus far, those projects are not yet completed.

Cabinet issued a directive last week saying that “any proposed disposal or use of the old Woodstock Hospital site be brought to Cabinet for its consideration, with the intention to resolve that affordable housing be included on the site, as a whole or in part”.

Considering the province’s track record, this directive seems little more than PR spin, but Naeemah Abduraghmaan, of the Development Action Group (DAG), points out that even the directive is loaded with double-speak.

“If that application is approved, it doesn’t give much opportunity for social housing to be developed on the site. Because for social housing to happen, a particular cross-subsidisation mechanism would be put in place and it might not be viable once the larger portion of the site has been rezoned. So on the one hand, Cabinet is issuing instruction while also thinking about transferring a piece of publicly owned land to Cape Nature,” she says.

Community groups are also concerned about the way in which the community was engaged with – or not engaged with – in terms of communicating the proposal.

Abduraghmaan calls it “top-down” governance approach while Crispian Swarbreck from the Woodstock Community Outreach Forum (WCOF) says there is a “total disregard” for the people.

A single notice was placed on the gates of the property – away from the entrance of the existing day hospital – little over a month ago.  Were it not for a community member who posted the sign to the community Facebook group, few would have been any the wiser.

Abduraghmaan says that his approach highlights the distinct need of community groups since sites like these, in prime locations, are prime property.

“Whatever development takes place on the site is going to severely impact the needs of the community, whether it’s accommodating the needs for social housing or the social development needs of a community like Salt River and Woodstock. So this is the environment we’re in, where government does not engage,” she said.

The traction that objections have gained in the last few weeks is largely thanks to a collaboration between organisations, but submitting these objections is not without its challenges. While those with access to a computer can make an online submission, people who do not have this luxury can make an oral submission, but there is nowhere locally available to do so.

“I would like to see that kind of system change. So that places like the Woodstock library or town hall can be used to make submissions,” Swarbreck said.

Community groups have also raised concerns that there is nothing stopping the government from backtracking and putting the land out to tender, selling it off to the highest bidder once the rezoning has been granted.

Equally, the cost of redevelopment is estimated to be around R100-million, money many believe could be better spent elsewhere. There are also worries about the impact of moving the day hospital to the new development in District Six. Many residents who attend the day hospital are extremely ill and would not be able to make the trek from lower Woodstock to the city. Many, who rely on grants for an income, cannot afford public transport.

The general consensus from all groups is that any development on this site should be geared towards serving the community and that the infiltration of business headquarters is a bad idea. Reclaim the City also highlighted how this application directly contradicts the policy that government headquarters should be moved to developing CBDs – like the Khayelitsha and Mitchells Plain CBD – while housing should be built in areas where economic opportunity already exists.

Monday March 27 is the final day on which the public can submit objections. The Woodstock Community Facebook group has compiled a number of resources for those who wish to do so.

Listen to highlights from the Bush Radio Backchat show, including why Cape Nature should be held accountable and the dispelling of a number of myths surrounding social housing.

Image: GoogleMaps aerial view of the Woodstock Hospital site with the section requested to be subdivided and rezoned highlighted.