Letter to the Editor: We need to kill off demand, not rhinos 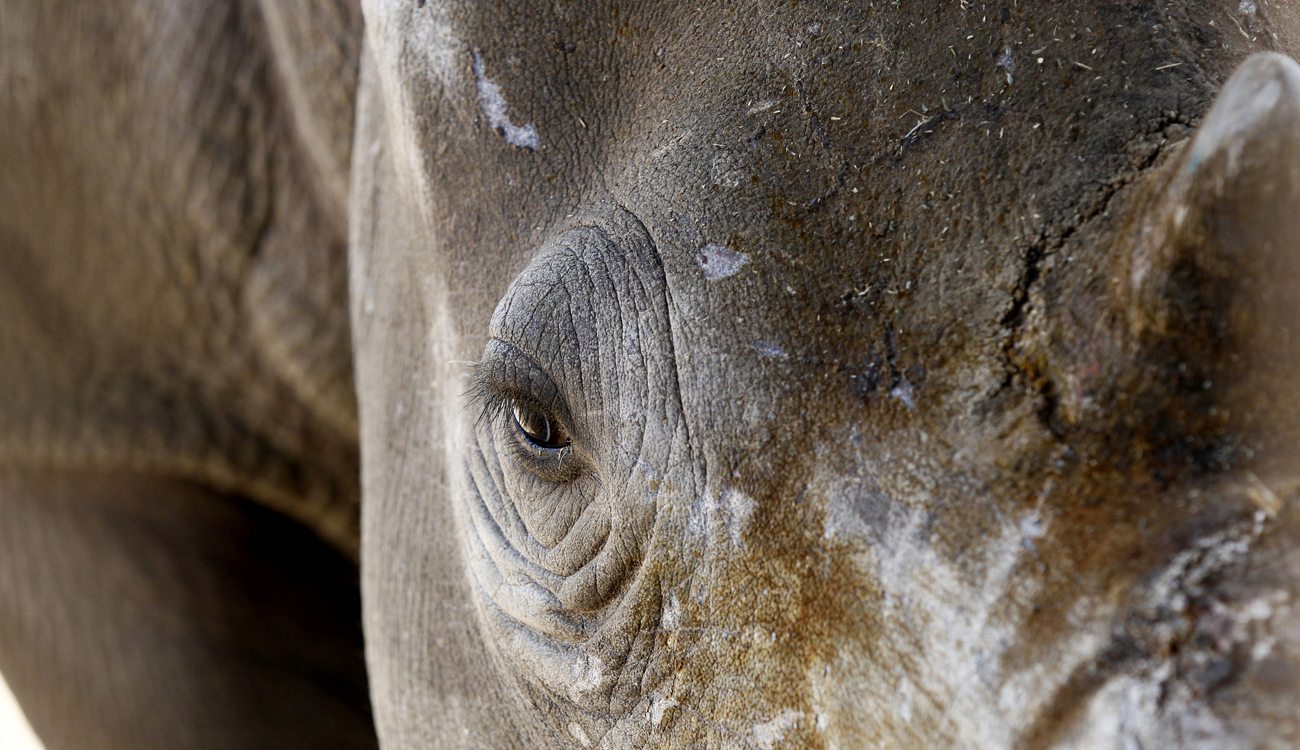 Ivo Vegter’s argument about rhino horn amounts to proposing that we pawn off the last of the family jewels because we no longer can afford the security needed to protect our legacy. By John Grobler.

You cannot use Don Pinnock’s argument about the war on drugs having failed, but then dismiss out of hand his rejection of the same argument for the legalising of rhino horn for a single very valid reason, namely that there are not enough rhinos to satisfy demand.

This is not an artificial scarcity as you try to argue – it is a very real scarcity induced by the fact that rhinos have been nearly wiped out by poaching. But we’ll get back to this.

Unlike with drugs, production of rhino horn cannot be exponentially increased to meet demand. The gestation period for white and black rhinos is on average 16 months, and a white rhino cow (which you base your argument on) will only start producing calves at around seven years old.

To dismiss the law of demand simply because it will be a once-off auction only (and no, it won’t be just once-off if anyone is allowed to buy two horns and export those) is to ignore that speculation is the single largest driving factor in the resurgence in rhino poaching. You also blithely ignore the fact that the rhino farmers like David Hume are also speculators.

What Michael t’Sas-Rolfes actually alludes to is that rhino horn is a so-called Veblen goods: because of the conspicuous consumption aspect, a rise in price in fact makes it even more desirable to own a rhino horn cup among newly affluent Chinese and Vietnamese. As price goes up, so demand increases among the affluent.

And the number of affluent Asians is rising rapidly. Even if we make rhino horn legally available, and even if black market prices drop initially, the end result of legitimising trade in rhino horn (or ivory, or pangolin scales) will be a massive surge in demand that will drive prices up to even higher levels. So, in the end the law of demand will hold true.

Further, your argument that this debate is driven largely by animal activists in countries that do not even have rhinos is to ignore the fact that everyone on this planet bears a responsibility for preserving ecological diversity.

By this argument, we should not care if China wipes out all its pandas to satisfy a demand for a panda-skin coat because we do not have pandas. And as China has illustrated, having pandas as a tourism attraction is far more economically valuable in the long run.

If the Chinese government would have allowed private breeding, there probably would have been a booming black market in panda-skin accessories. It is also likely that poaching of pandas would have kept increasing until there were no pandas left anywhere, and why there are no pandas left in the wild. This is why poaching a panda attracts the death sentence in China – you cannot argue conservation with people whose profits depend on increasing scarcity of a black-market item.

It is poaching driven by speculation based on the self-fulfilling prophecy that extinction of rhinos (and elephants etc – the Veblen goods referred to above) that has made rhino horn more valuable than gold now.

Yes, we can harvest rhino horn every two to three years. But the trauma the animals endure in the process will kill many – the critically endangered black rhinos are particularly sensitive to being handled too often and easily die of shock. How sustainable is that?

All your argument betrays here is that the 2009 moratorium has led to massive speculation among game breeders, and that there were established channels among the breeders and the hunting fraternity to sell rhino horn to the Chinese market. It also suggests there may have been some “leakage” of white rhino horn into the black market, because the commercial breeding to a very large extent has been driven by speculation rather than an honest desire to preserve an iconic species.

Your argument amounts to proposing we pawn off the last of the family jewels because we no longer can afford the security needed to protect our
legacy.

Your argument finally fails on the fact that between 1979 and 1989 – when rhino horn trade was still legal – Zambian poachers wiped out all 12,000 black rhinos in their own country before going after Zimbabwe’s rhinos. They are now coming for Namibia’s last black rhinos as well, by the way.

That said, it must be acknowledged that rhino breeders incur massive costs in keeping those rhinos alive, that there is a huge stockpile of rhino horn, and the trade is at least 3,000 years old.

It is only when we can convince the Asian consumers that seeing a live rhino in its natural habitat is better than an over-priced ornament on a shelf in their homes… Changing cultural attitudes, as you know, is a very hard slog and requires an enormous amount of patience with the uninformed.

If we are to take advantage of the existing rhino horn stockpile, we need to do so in a manner that will give us control over the market. And we can only achieve that if we do not allow any raw horn (or any other raw product like hard wood) to leave our continent in raw, unprocessed form. If they want to deal in rhino horn products, they will have to move their carving factories to Africa, and submit to extensive due diligence checks on their background, to ensure we do not allow the organised crime element to enter by the front door.

It remains to be seen which if any of the Asian rhino horn traders would be willing to abide by those conditions.

And if rhino poaching in such a case does not abate, we at least will know who the main traders are and make law enforcement easier. That however will not curb demand – and with 300-million newly affluent Asians out there, we cannot ever hope to meet that demand in the long run.

The only workable, long-term solution is to kill off demand, not rhinos. DM

Photo: A White Rhino awaits buyers in a pen at the annual auction in the Hluhluwe-Imfolozi national park, September 18, 2010. REUTERS/Mike Hutchings