‘It’s not over’: Activists react to Tafelberg lan...

‘It’s not over’: Activists react to Tafelberg land decision 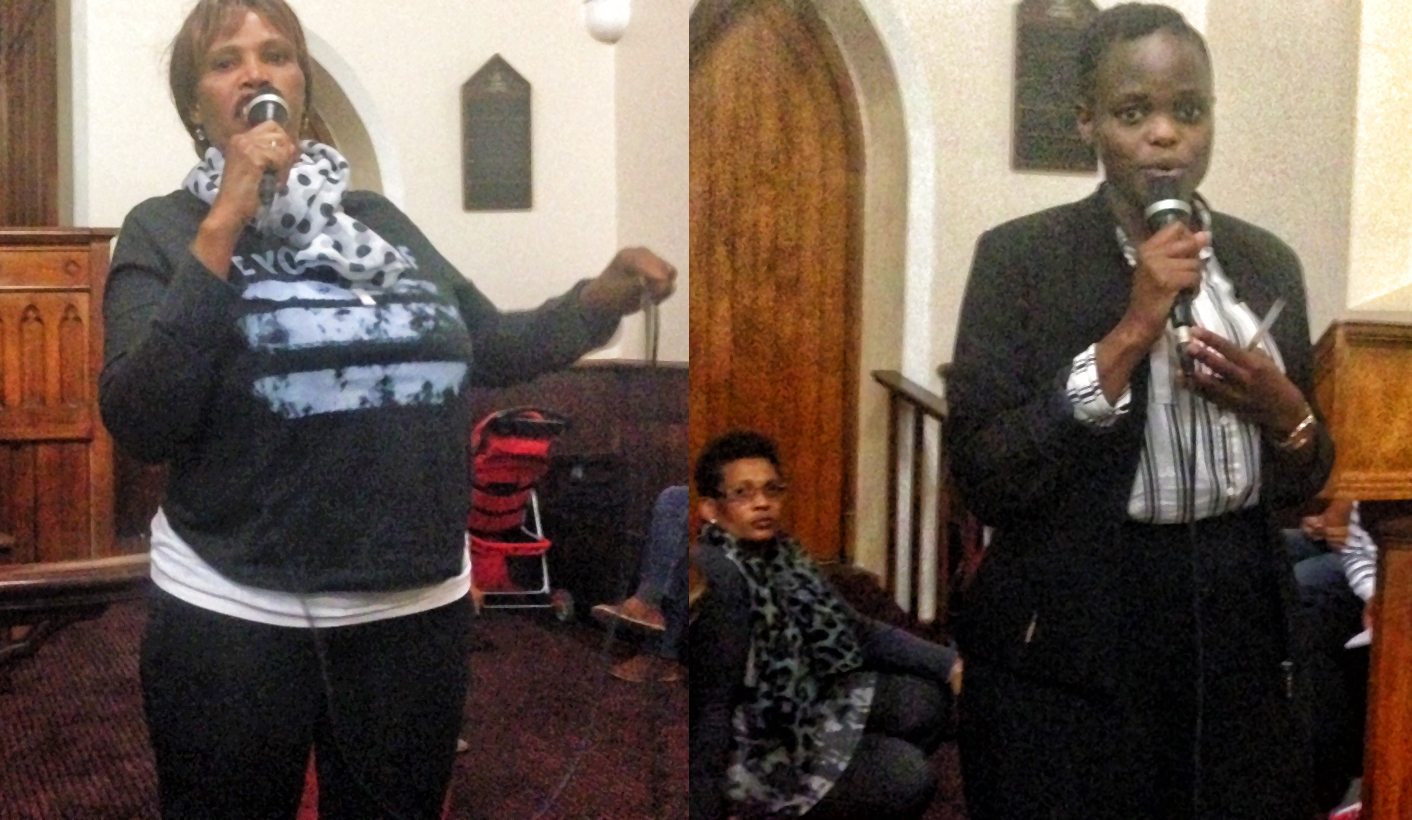 This week the Western Cape provincial government had what seemed like the perfect opportunity to show sceptics that it is, in fact, committed to dismantling Cape Town’s ongoing spatial segregation. At the heart of the matter: a piece of government-owned land in Sea Point which activists had shown could be feasibly used in part for affordable housing. Yet the Western Cape cabinet announced on Wednesday that it was proceeding with the private sale of the land, giving justifications which activists reject as spurious. By REBECCA DAVIS.

“Yesterday we were in tears,” says Elizabeth Gqoboka, a carer who lives in a tiny room behind an apartment block in Sea Point. Gqoboka was referring to the announcement of the decision of the Western Cape cabinet to sell off the contested Tafelberg land privately. Gqoboka has a personal stake in the issue: as part of the Sea Point chapter of Reclaim The City, she has been a member of a movement which has lobbied provincial government consistently for the last years to use the land partially as a site for affordable housing, cross-subsidised by co-existing commercial ventures.

Gqoboka said that she, with other domestic workers, carers and gardeners who work in Sea Point, have put their jobs in jeopardy over recent months to participate in the activism around the land. It culminated in a highly visible 48-hour picket in Long Street earlier this week – but it wasn’t enough.

“We were thinking the local government would be behind us with this issue,” said Gqoboka, addressing a mass meeting in the Sea Point Methodist Church on Thursday evening. “Only to find it all falls on deaf ears…”

Gqoboka was not alone in believing that the activism would meet with success. Experts on city planning had helped NGOs Ndifuna Ukwazi and Reclaim The City draw up detailed proposals for the land, allowing for the building of subsidised housing while satisfying commercial imperatives for the site. Cape Town Mayor Patricia de Lille was on record as saying that she hoped provincial government would see the merit in the plans. With the land promised to the builders of a Jewish day school, Jewish Capetonians signed a letter pledging their support for the site’s alternative use.

The Western Cape government has justified pressing ahead with the private sale of the land after all this by explaining that the site would not qualify for a state housing subsidy because it does not fall within a Restructuring Zone. This argument does not impress activists.

“What they’re not saying clearly enough is that it is within local government’s power to initiate a change to those Restructuring Zones if they want,” Ndifuna Ukwazi’s Emile Engel told the church on Thursday. “The fact that they’re saying this is a technical blockage is false.”

Provincial government has undertaken instead to pursue affordable housing projects at sites including the Helen Bowden Nurses Home, in Green Point, and the Woodstock Hospital Site.

Engel points out, however, that the provincial cabinet’s statement on this is vague in detail.

“If you read closely you will understand that’s very far from a real commitment, with no timeline attached,” he said. Engel said that the way the cabinet statement was phrased suggested that it was aimed at a future court defence. He also believes that the decision was made well ahead of Wednesday’s meeting.

On Thursday, it was made clear that the fight was far from over. Lawyer Mandisa Shandu said that the issue would make for a good constitutional test.

“The issue of land in relation to government’s obligation to make land available has hardly been tested in an urban setting,” Shandu said, adding that a legal team was ready to take the matter “all the way”.

Shandu also suggested that there may be more to cabinet’s decision than meets the eye. “We know there’s been collusion between private developers and government, and we need to wedge ourselves right in the middle of that.”

Among the working-class Capetonians who had set their hopes on the provision of affordable housing at Tafelberg, the mood was sombre. “We’ve never been at universities, but we tried to stand against property owners,” Gqoboka said. “We are the women who are working in Sea Point as domestics.”

A man who identified himself as a “labourer” said: “Nobody deserves to stay in the townships. I sometimes understand why we have beggars [living on the streets] because it is hell to stay in a township.” Addressing the audience, he appealed: “You are people of this country, and Sea Point is where you ought to stay.”

Among those at Thursday’s meeting were also property owners in Sea Point, who expressed disappointment at the outcome and solidarity with the ongoing campaign.

Organisers have worked to keep lobbying as non-politically partisan as possible, but the Western Cape government’s decision will be a gift to the ANC and other opposition parties in the province. ANC councillor Bheki Hadebe was on hand on Thursday to tell the church: “It cannot be okay for a black child to clean Sea Point, and make Sea Point beautiful for the tourists, but it’s not okay for a black person to live in Sea Point.”

Hadebe also poured scorn on Mayor Patricia de Lille’s ostensible support for the affordable housing project. “De Lille had the power to instruct the provincial legislature and didn’t,” he said, accusing the mayor of “talking left and walking right”.

Next week, campaigners will pick up the pieces and start again. On Monday, another picket is planned outside the Tafelberg site, while consultations continue as to the next legal steps forward. Reclaim the City said that it would also be putting pressure on the Western Cape government to produce housing on the alternative sites it has promised.

For some of the audience, though, it was clear that the events of the week had been a body blow. Speaking through an interpreter, an elderly man told the church: “I feel very painful about the decision.”

He continued: “We need to know where we come from and where we are moving towards. Forgive, but don’t forget.” DM

Photo: (Left) Carer Elizabeth Gqoboka addresses a mass meeting at the Sea Point Methodist Church on Thursday. (Right) Attorney Mandisa Shandu assures a Sea Point audience that the legal fight for the Tafelberg land is not over (Rebecca Davis)