Property Wars: The battle for the soul of Cape Town 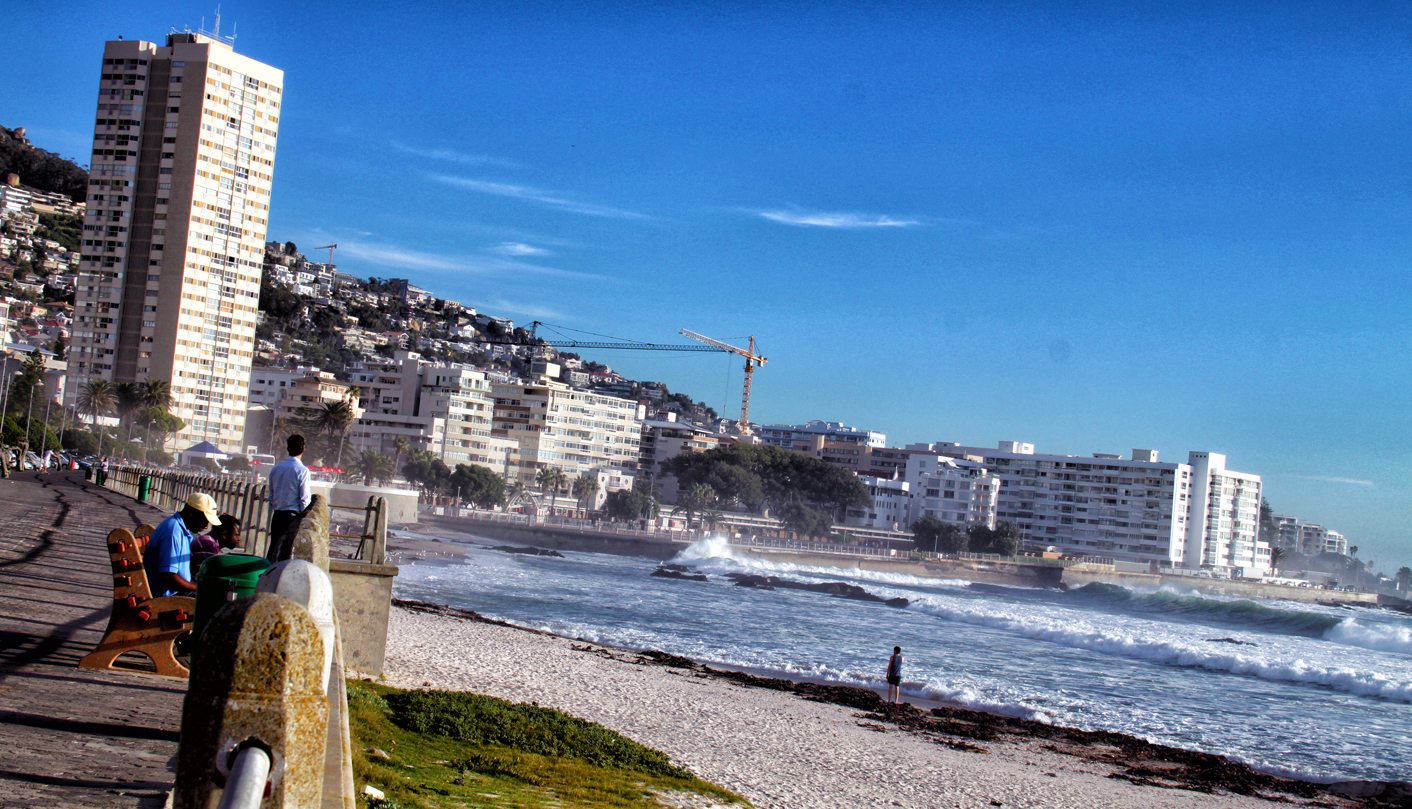 Cape Town is booming, with million-rand developments going up all over its centre. The city has been ranked as one of the top cities in the world for foreign direct investment: a feather in the cap of its investment arm, Wesgro. But tensions are mounting over what this development means for those displaced or otherwise affected by the property projects. As Cape Town moves forward, are its residents being left behind? By REBECCA DAVIS.

“Ordinary people in Cape Town are losing their right to live in the city in peace,” says Bo-Kaap Civic and Ratepayers’ Association chairman Osman Shaboodien with passion. “As communities, we are slowly being moved out, for developers to run rampage.”

Shaboodien’s sentiments are being echoed by working-class people all over Cape Town’s centre. The now ubiquitous sight of cranes and earthmovers is evidence that Cape Town is experiencing a development boom. But what residents like Shaboodien want to know is: development for whom?

When the project was announced, CEO of developers Amdec Group James Wilson said that it would provide “a great deal of residential apartments at good, affordable prices for young professional people to come and live in the city”. Prices for studio apartments in Cape Town’s version of Melrose Arch will start at R1,925,000.

The demand for property in Cape Town has pushed up prices to ridiculous levels: last year, a house in Bantry Bay sold for R290-million. Many of Cape Town’s well-heeled new arrivals are flocking from elsewhere in the country. Last May, Sotheby’s International Realty said that more than 30% of its clients selling Gauteng properties wanted to move to the Western Cape. The City of Cape Town estimates that the Central Business District (CBD) will require 500,000 new residential units by 2032.

At least 19 private construction projects are currently under way in the CBD, at an estimated investment of over R4-billion. CEO of Cape Town Partnership Bulelwa Makalima-Ngewana was quoted in the Weekend Argus as saying that the property value of the CBD currently exceeds R23-billion and growing.

The City hails this as evidence of vibrant economic growth, but none of the developments under construction look likely to provide any affordable housing for Cape Town’s working-class population, who are effectively being pushed out of the inner city as a result.

Tension is rising in particular over three areas in central Cape Town earmarked for property development. The City has given the final green light to a billion-rand development in the historic Bo-Kaap which residents fear will create a de facto wall between the area and the city. Sea Point is the site of a struggle over the use of a piece of central land which activists say should be devoted to affordable housing. And on Tuesday, an ongoing dispute between property developers and Woodstock residents will reach the Western Cape High Court.

The Bo-Kaap development is a massive complex which will include around 250 apartments and 4,000 square metres of retail outlets. Final approval was given last week, after months of objections from Bo-Kaap residents and small business owners. “We will completely transform the site,” property developer Jose Rodrigues said. Rodrigues has also promised that the residential aspect of the development will cater for “a range” of buyers.

Shaboodien, who is one of the Bo-Kaap residents objecting to the project, points out that in a similar development in nearby Strand Street, one-bedroom flats start at over R2-million. “Who are we encouraging to come into the city?” he asks. “Your people that have money. Not the people that need to be in the city, who were cruelly moved out by the Group Areas Act and need to come back to work.”

Shaboodien’s Bo-Kaap Civic and Ratepayers Association submitted over 1,000 written objections to the project from affected parties. Heritage Western Cape also objected to the development. A submission by architecture professor Fabio Todeschini described the proposed development as “disproportionate and huge”. Todeschini also recorded the fear of residents that the development would set a precedent for similar projects on adjacent city blocks.

“The result would be a veritable and massive wall that would have the effect of completely blocking off the Bo-Kaap from the city centre,” he wrote.

In Woodstock, meanwhile, a battle has been raging between the residents of Bromwell Street and developers of a project called the Woodstock Hub for the last three years. The Hub aims to “acquire properties in the Woodstock area in Cape Town with the intention to redevelop residential, commercial and mixed-use properties”. This requires the eviction of the current Bromwell Street tenants, at least one of whom has been in residence there for 75 years.

The Woodstock Hub explained in a recent statement that the refusal of tenants to vacate the properties earmarked for the development of land meant that “we at the Hub had no choice but to resort to eviction procedures so that we could develop Bromwell Street as intended on purchase, and as is our legal right”.

They added: “As circumstances unfolded we have maintained high levels of sensitivity and respect for the process and the right of all occupants of the properties. However, we now need to proceed with developing this property and making a meaningful contribution to the vibrant Woodstock community with our investment.”

On Tuesday the matter will reach the Western Cape High Court, where residents will argue for the provision of alternative emergency accommodation, in the form of containers to live in in an adjacent patch of land in Bromwell Street.

Because most do not qualify for subsidised housing, the other option is relocation to Wolwerivier, a “temporary relocation area” 36km from the closest town, Atlantis.

The issue of the lack of affordable housing in central Cape Town is also at the heart of another dispute in Sea Point, centred on the government-owned Tafelberg School site. An attempt by the provincial government to sell the site to a private buyer in 2015 was blocked as unlawful, and activists are now lobbying for the site to be used for affordable housing for Sea Point’s blue collar workers.

Under pressure from activists, the province’s Department of Transport and Public Works produced a financial model in November 2016 for what a low-cost housing model on the site might look like. It would see the construction of 270 social housing units, for households earning between R1,500 and R7,500, cross-subsidised by commercial retail units.

“This is a position supported by social housing experts, architects and town planners since at least 2012,” Ndifuna Ukwazi co-director Jared Rossouw told the Daily Maverick. “The question of feasibility is by all means settled.”

But the political decision over the fate of the site is not. Sunday saw a rally take place on Sea Point promenade, where lobby group Reclaim the City encouraged residents to make written submissions ahead of Monday’s public participation deadline. The province has now extended that deadline to February 15, 2016 at the request of the purchaser.

Activists and working-class inner-city residents alike are in agreement that the crux of the problem is the City of Cape Town’s failure to build any social housing close to the centre of town since the onset of democracy – effectively entrenching Cape Town’s spatial apartheid. The City failed to respond to requests for comment before deadline.