Exploiting the poorest of the poor: Allan Gray is feeling the NET1 heat 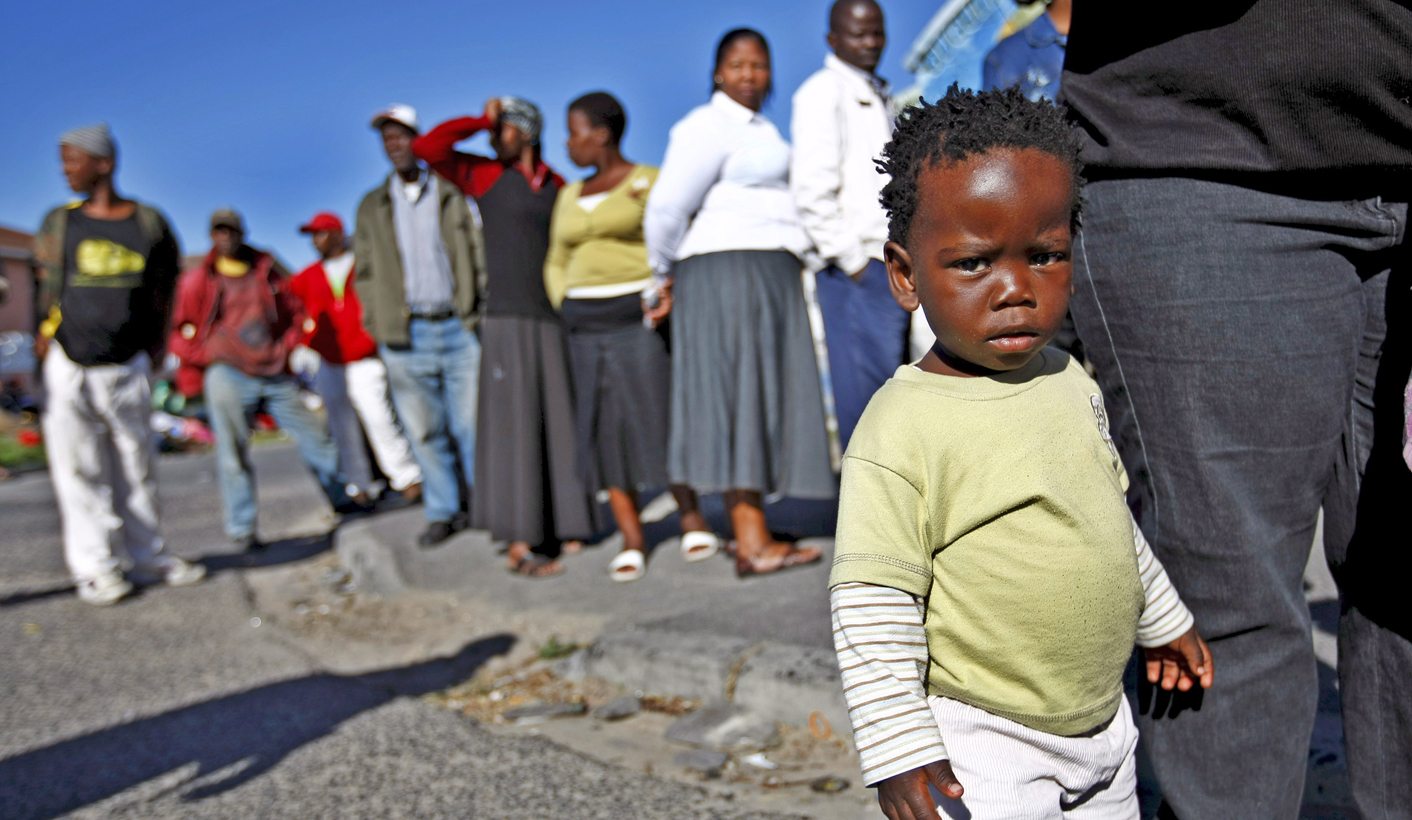 The private company at the heart of the Sassa social grant disaster has attracted controversy for a number of reasons. Among them: its practice of using the Sassa database to sell products to grant recipients, and to automatically deduct money for these products off their grant payments. As pressure mounts against Net1 and its largest single shareholder, Allan Gray, the point to debate is this: even if this practice is legal, is it ethical? By REBECCA DAVIS.

Maria* is a 63-year-old pensioner who receives a monthly “older persons” grant from Sassa. She uses it to pay for rates and taxes, food, and electricity. She receives the grant as a cash withdrawal from one of the Cash Paymaster Services (CPS) merchants – usually Pick n Pay.

In March 2014 Maria started noticing that her grant amount was lower than usual. The problem persisted the next month. Her account statement revealed that 18 deductions of R5 each had been taken from her account for airtime in March. In April, 10 deductions of R10 each happened. With the help of her son-in-law she managed to stop the deductions taking place, but never received her money back.

Maria, says NGO the Black Sash, “does not know how or why this depletion of her grant occurred. She did not seek out or authorise this service”.

Stories like Maria’s are common. Sometimes the grant recipient in question denies all knowledge of having authorised deductions for products. Sometimes they may have unwittingly consented by replying to an ambiguous SMS with an offer for a product such as airtime or electricity. Sometimes they knowingly purchased products against the credit of their social grant. The result is the same: when the grant lands in the recipient’s bank account, it has already been hit by deductions.

GroundUp reported witnessing a young mother crying at a social grant pay point because her R350 child support grant had been reduced by these deductions to 26c. In desperation, she headed straight to Net1 Financial Services to apply for a loan.

Both CPS and Net1 Financial Services are subsidiaries of Net1 UEPS Technologies, the US-registered company set to continue distributing social grants to South Africans in need. Other Net1 subsidiaries include Umoya Manje, which allows grant subsidiaries to buy cellphone airtime on credit, and SmartLife, offering insurance products. The Sassa card all grant recipients must have includes as part of its terms and conditions that recipients consent to receive marketing material from CPS “and our affiliates” – the companies mentioned above. Recipients then receive text messages offering loans, prepaid services and insurance.

The Black Sash says that the government has an obligation to protect social grants, and their recipients, from exploitation – which is how the NGO characterises the current system. The legal challenge it has brought is still before the courts.

In the court papers submitted by the Black Sash, the NGO acknowledges that it “recognise[s] the right and autonomy of adults to enter into contracts of their choosing, within the framework permissible by law.” It also recognises “that many adult grant beneficiaries choose to obtain services and products, including funeral policies, loans, airtime and other products, offered by the applicants”.

“However, we submit that due to the rife exploitation of social grants of which we have given examples, such services and products ought not to be marketed at payout points, and it should not be permissible for payments to be deducted from beneficiaries’ social grant accounts in this manner.”

Judgment is still pending in the matter. Last August, Net1 CEO Serge Belamant told Fin24 that when it came to the case outcome, “I don’t really care what it means. It’s not going to make any difference to how much money we’re going to make.”

The Democratic Alliance’s shadow minister of social development Bridget Masango told the Daily Maverick on Thursday that the issue was of “great concern” to the DA.

“We have heard of chilling experiences where grandmothers end up with as little as R250 of their social grants, which they have to use to feed their entire families,” Masango said. “For the meagre grants to be further deducted is abuse of the poor and vulnerable, and it is unacceptable”.

Masango said that the DA hoped that “the courts will put an end to this parasitic practice by Net1 subsidiaries”.

The announcement of the probable renewal of CPS’s social grant contract was good news for those who hold shares in the company, with Net1’s share price reaching a 12-month high last week.

Less good news, however, has been the tsunami of bad press around CPS.

In a memo distributed to clients on Thursday, seen by the Daily Maverick, Allan Gray states that it is “acutely conscious of the ethical issues surrounding Net1” and has “exerted considerable pressure on the board since investing in 2012 on issues of corporate governance and sustainability”.

Allan Gray points out that the National Consumer Tribunal exonerated Net1 of providing information about grant recipients to its subsidiaries in 2015. The Black Sash maintains that the National Consumer Tribunal’s findings were flawed due to a lack of understanding of Net1’s corporate structure. An independent KPMG audit came to the same conclusion as the tribunal, however.

“If Net1 doesn’t use the grant data to improperly sell financial products to the poor, then the difficult question that remains is whether it is bad or wrong to sell financial products to the poor at all and/or to allow poor people to pay for these from their bank accounts,” Allan Gray writes. “This is very difficult ethical territory: these products can cause harm but they also constitute financial inclusion, allowing people to access a risk safety net and basic credit at lower cost than from an informal lender.”

Allan Gray concludes: “On the whole, our society seems to believe that more financial inclusion for the poor is good, despite the harm that can be caused by entry-level consumers buying policies or borrowing money on terms they don’t fully understand.”

“In the name of a version of financial inclusion, exploitative and extractive practices by financial services providers are happening,” Paulus told the Daily Maverick. “In our view, that impoverishes Sassa beneficiaries, rolls back the gains made by the state, and is causing problems with basic determinations of well-being. Kids are not eating.”

Elroy adds: “There is a groundswell of support to ask those that benefit from these controversial transactions to listen to their conscience.” DM

Photo: A South African boy stands with his mother and thousands of South Africans as they wait in line outside Guguletu Social Services office to register for a Social Relief of Distress Grant, Guguletu, Cape Town, South Africa 28 January 2009. EPA/NIC BOTHMA