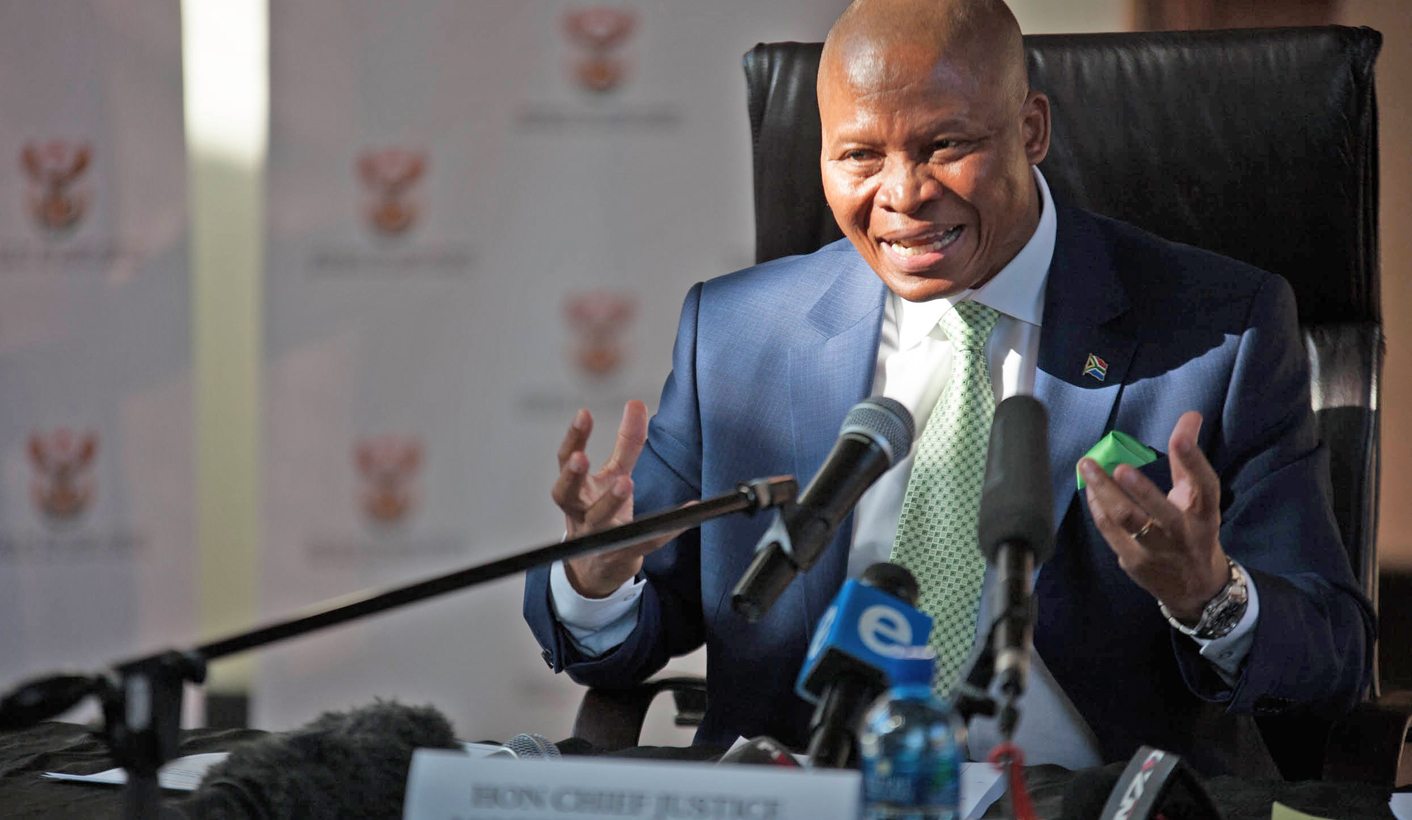 Minister of Social Development Bathabile Dlamini and senior Sassa officials have managed to string along parliament's oversight committee for at least six months about the agency's readiness to act as paymaster for social grants after March 31, but they will now have to face the music in the Constitutional Court. Chief Justice Mogoeng Mogoeng has directed Sassa to provide the names of officials responsible for any decisions, the dates those decisions were made, reasons why the court was not informed, when it was that Sassa realised it would be unable to act as paymaster on April 1 and when exactly Dlamini was alerted to it all. The fat lady is about to sing. By MARIANNE THAMM

So far Dlamini, Department of Social Development and Sassa officials have managed to use bullshit to baffle brains. Reporting back to parliament’s portfolio on social development as well as Scopa, officials have often filed documents at the last minute, presented report-backs laden with obfuscatory language including the Orwellian “strategic disintermediation” or simply just failed to pitch.

Officials, staring a hollow-eyed crisis in the face, even opted to fly to Panama in November to attend a conference rather than report back to the committee.

But, they can no longer hide.

The directive by Chief Justice Mogoeng Mogoeng on Wednesday comes after Sassa had filed an application with the court regarding a new contract with Cash Paymaster Services (CPS) only to withdraw it later on the instructions  Dlamini.

Sassa has until March 13 to respond in full and in detail as to why the agency did not fulfil its legal obligations to report back to the court regarding timelines and deliverables for taking over as paymaster from CPS on April 1, 2017  as set out in a November 25, 2015 order.

The Concourt said it was doing so “in view of the the Minister and Sassa’s acceptance of responsibility for delays in identifying and redressing deficiencies in the plan”.

The court also wants to know “why this court was not immediately informed of this fact and who made the decision that it was not necessary to do so, also whether the Minister had been informed that Sassa would not be able to pay grants itself by the end of March 2017, and if so, when this had occurred”.

In relation to the legal opinion attached to the follow-up report and Sassa’s assertion that it has taken steps to act on the advice contained in it, and Sassa’s intended course of action, the court wants to know whether the agency has entered into any agreement with CPS in relation to the payment of grants from April 1 2017 and if so, for it to provide “full details of the agreement”. If the agreement is in writing, the court has demanded a copy.

The court is also seeking details of compliance of the contract and whether it is lawful with the procurement requirements of the Constitution.

Sassa must also supply “full details of steps taken, or envisaged, to run a competitive bidding process again to have a new contractor or contractors appointed for the payment of grants and the exact timeframe within which this will occur” as well as “full details of steps to be taken to ensure that Sassa itself will become capable of administering and paying the grants in future, (and) the exact timeframes within which this will occur.”

The court also asked whether Sassa and Dlamini had any objection to an independent monitoring of the steps taken or envisaged to run, again, a competitive bidding process to have a new contractor or contractors appointed for the payment of grants and whether they had objections to the independent monitoring of steps taken to ensure Sassa itself will become capable of paying grants.

The fat lady is about to sing. DM