State Security and social media: Is Big Brother following you? 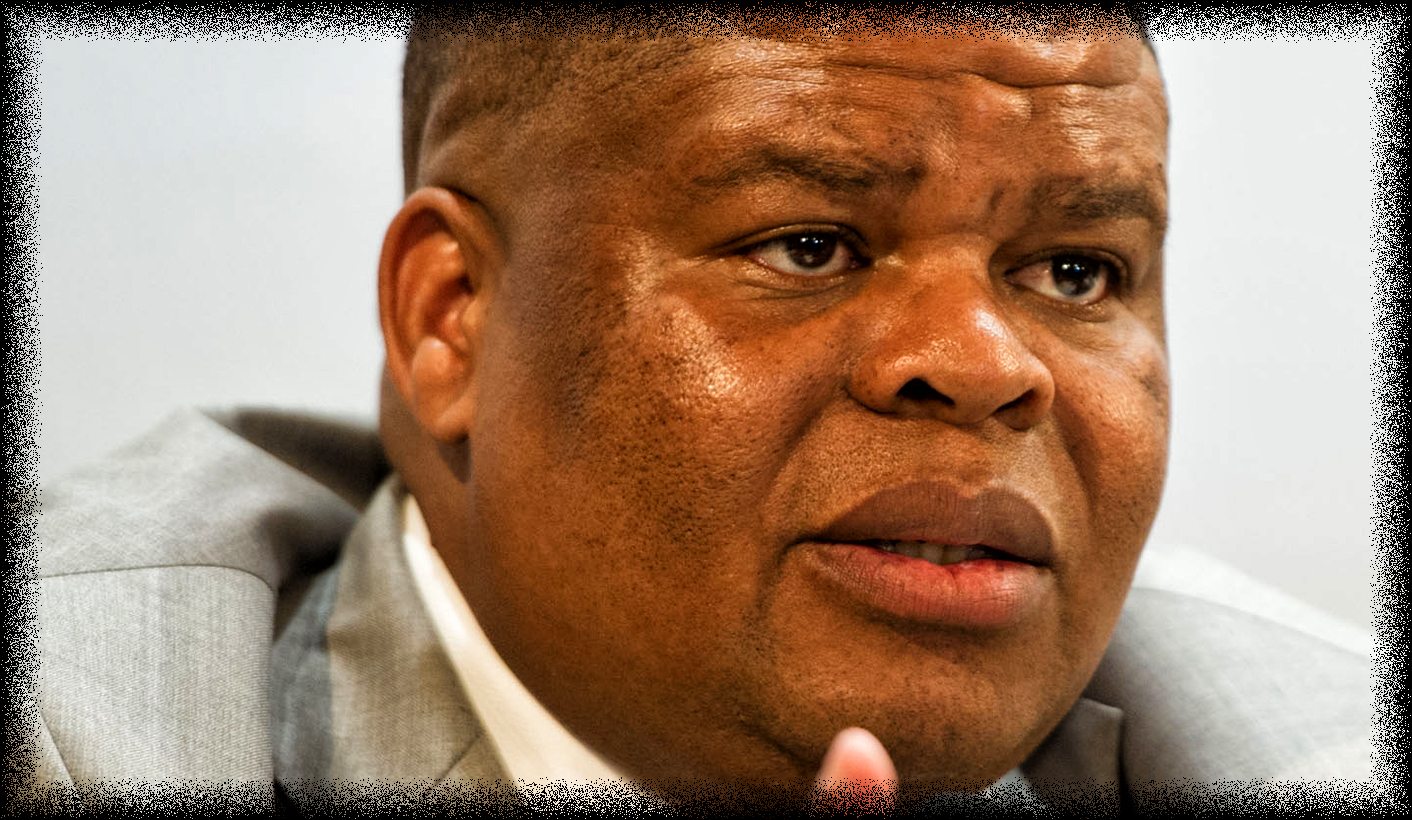 Media – particularly social media – were abuzz on Monday with the news that Minister of State Security David Mahlobo had said at the weekend that social media could be regulated in future to prevent the spread of fake news. That this will ever occur is highly unlikely, say experts. But don’t relax just yet. In context, Mahlobo’s comments could signal something far more worrying. By MARELISE VAN DER MERWE.

South Africans have made their point: Don’t touch us on our social media.

Initial public responses to news that State Security Minister David Mahlobo had hinted at regulation of social media in future were outraged, sparking the (trending) hashtag #HandsOffSocialMedia. Following a press briefing by the Justice, Crime Prevention and Security Cluster (JCPS) briefing, Mahlobo had said on Sunday that the regulation of social media was being considered as a result of problems such as the spread of fake news and scams online, as well as the alteration or manipulation of photos.

Mahlobo’s reasoning sounded remarkably similar to that offered in Zimbawe’s Sunday Mail in 2016. “These measures are tailored to protect citizens’ rights following a surge in social media abuse through propagating falsehoods, defamation, character assassination and national security threats,” the report read. “Countries like China have similar regulations and have developed their own social networking sites. Sina Weibo, the equivalent of Twitter, is one of the most popular networks in China.”

Mahlobo did acknowledge that such regulation might be “interfering with human rights”. For this reason it would be important to discuss the matter with the relevant bodies, he added. “We will be discussing how do (sic) we regulate it.”

But by Monday, it appeared discussion was off the table. The Ministry did not acknowledge or respond to Daily Maverick’s enquiries by the late evening deadline.

Is anxiety about such regulation legitimate?

Analysts told Daily Maverick Mahlobo’s suggestion was a red herring, and unlikely to occur. Rather, they argued, it indicated other, deeper causes for concern.

Constitutional law expert and columnist Professor Pierre de Vos said it would be logistically “impossible” to regulate social media unless entire sites were shut down, which would be unconstitutional. “Which leads me to believe the minister did not think before he spoke, and that this will never happen.”

So why, then, did Mahlobo say it? Does this mean we have nothing to worry about?

No, says Dr Julie Reid, media analyst and Unisa academic. On the contrary, it calls for more vigilance. “It’s a tactic. It’s preparing the ground for other clampdowns in future,” she argued. “It’s threatening one thing to prepare the ground for slow encroachment. It’s an empty threat, but there will be attempts to regulate speech in other ways.”

Reid believes the purpose of a number of recent and forthcoming legislative amendments is to contribute, piecemeal, to what she calls a “broader architecture of censorship”. This includes the Film and Publications Act Amendment Bill, the Cybercrimes and Cyber Security Bill, the Hate Crimes and Hate Speech Bill, for example. “If all that legislation is implemented, you’re looking at an overarching framework of censorship,” she says. A potential pitfall, she argues, is that public outrage tends to focus on one piece of legislation at a time, when the sum of the parts is significantly more damaging to democracy.

Reid says South Africans should stop worrying about social media being monitored in general, however – she and De Vos agree it would be logistically and constitutionally impossible, or at the very least extremely difficult and a titanic waste of funds. A more realistic concern, she believes, is the possibility of targeted spying on individuals.

Daily Maverick recently ran an investigation on cyber-spying in South Africa, detailing the suspected use of the surveillance tool FinFisher for law enforcement. A recent research project by the Right2Know Campaign and the Media Policy & Democracy Project covered the capacity of the SSA to execute communications surveillance, including illegally. In short, it’s extensive. There is capacity for both bulk interception and targeted (individual) interception of private telecommunications, and it was recommended that reported abuses by the state be further investigated. Late in 2015, a report by Admire Mare and Jane Duncan argued the need for review of existing laws governing government surveillance in South Africa, so as to ensure transparency and accountability were built into the legislation “and sufficient safeguards are put in place to curb abuse by service providers and the State”.

“What I think is more of a risk is not monitoring and regulation, but surveillance,” Reid told Daily Maverick. “That’s why it’s particularly telling that this suggestion of regulation is coming from the SSA. They know it’s impossible to monitor everyone, but it’s not impossible to survey certain individuals. They can target you as an individual and access your private messages on your phone, for example.”

The Media Policy & Democracy Project’s research indicates there is a possibility this is already occurring, she adds.

So what exactly would be the purpose of tighter controls than those which already exist? Regulation is a matter of definition, and Daily Maverick enquired of the ministry – but received no response – what type had been considered. Ordinary laws already limit freedom of expression, points out De Vos, and this includes social media; which means that further limits are potentially both unnecessary and challenging to implement.

“[It’s] difficult to do in a constitutionally valid way because any regulation is almost certainly going to limit legitimate forms of expression and will be overbroad and not justifiable in terms of limitation clause.”

There are already checks and balances in place, adds Reid, and many social media formats are already self-regulating to some extent. Moreover, a great deal of legislative changes would be needed in order to accommodate the regulation of social media, which at best would take years. Then there would be public kickback similar to that seen against the Film and Publications Act Amendment Bill. “People were vehemently opposed to any regulation of internet content, let alone social media. It’s legislatively and practically impossible to regulate social media content,” says Reid.

Which again raises the question: why did the minister make this statement in the first place? Is he attempting to provide ill-advised reassurance to a public concerned about fake news? Is he deliberately misleading the public with empty promises (or threats, depending on how you view it)? Is he simply ill-informed and stating an intention without understanding the logistics – which raises a fresh concern about how informed our government officials are about how the internet actually works? Or is his statement a strategic move to at first make an outrageous suggestion, before proceeding with a tamer version of the same flavour?

Time will tell. Meanwhile, in context, Mahlobo’s suggestion is illuminating; a useful litmus test. In addition to suggesting possible regulation of social media, he also mentioned “attempts at regime change” and said forces aiming to undermine the government were abusing the judiciary and the media. He added that civil society organisations were being used by foreign agencies to undermine government.

Murray Hunter, spokesperson for Right2Know, said in an interview with The Times: “This is what we have seen happening in Zimbabwe… Cameroon, Egypt and other areas. When governments lose control of their political powers, they clamp down on social media.”

As threats to democracy go, Reid is equally worried about citizen fatigue in the face of future suggestions of similar ilk. “There is just so much on the table at the moment that is really worrying,” she says. “But if you ignore these things you’ll wake up one day and find yourself criminalised for a Facebook post or WhatsApp message.” DM

Photo: Minister of State Secuty, David Mahlobo chairing the Justice, Crime Prevention and Security (JCPS) cluster on the programme of action for the year held in Pretoria, 5 March 2017. (Photo: GCIS)