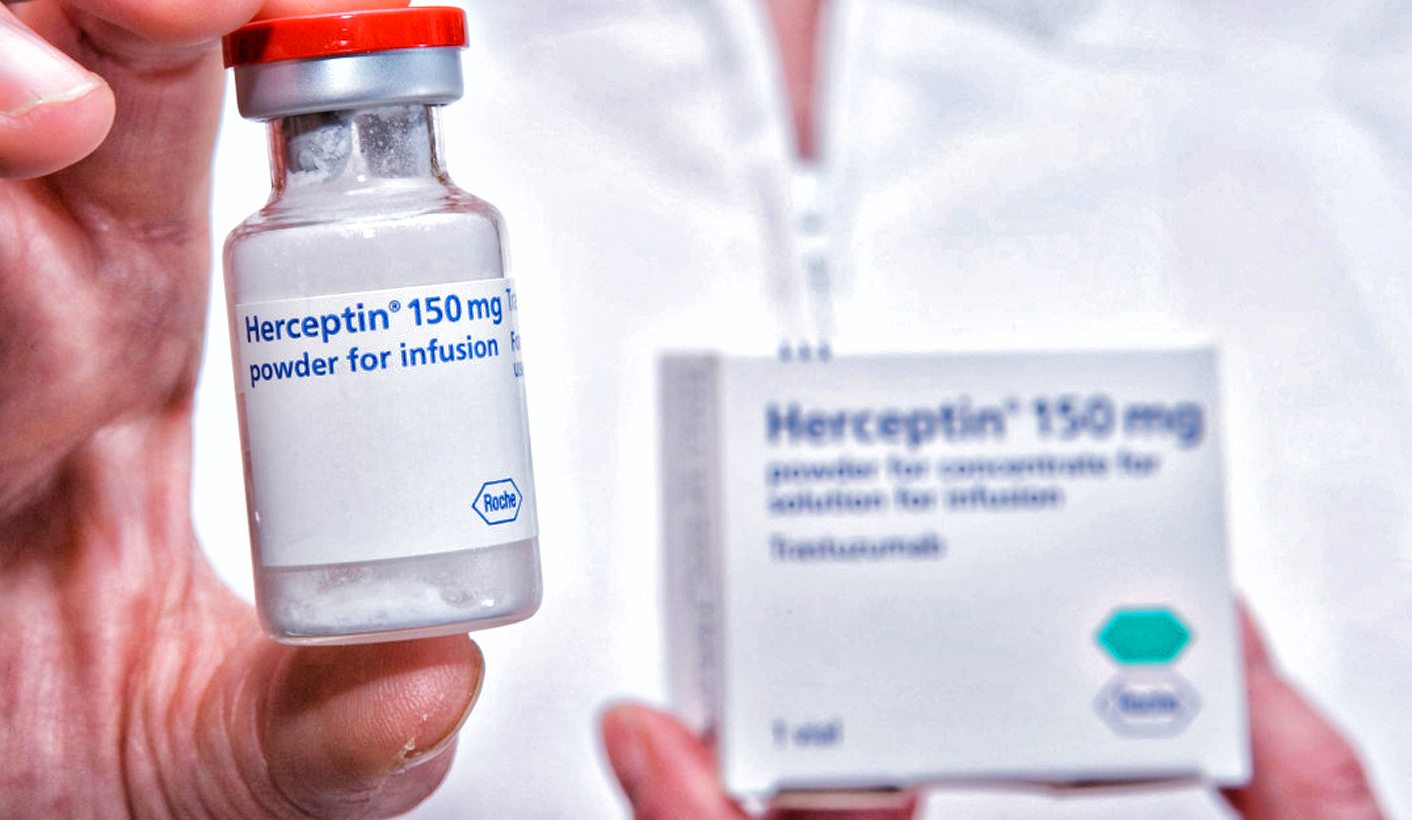 A recent ruling in an Indian court can be counted as a win for breast cancer patients, medical funders and activists alike. But multiple strategies to block access to the breast cancer drug trastuzumab will have to be fought for all South African women in need of the drug. Put like this, it sounds like a game. But it’s not, because women’s lives are at stake, writes HEALTH-E NEWS writer Amy Green.

Most people know the name Tobeka Daki – and know she is synonymous with championing the right to access the expensive breast cancer drug trastuzumab. Tragically, she died in November without ever having the benefit of using this drug – which had the potential, at least, to prolong her life.

But most people might not know that a judgment in an Indian High Court on Friday may signify that patients are a step closer to accessing this drug. Countless women around the world with breast cancer could benefit from the treatment which remains out of reach of many due to its high cost. But activists warn that this is only one of many hurdles to overcome because Roche – the Swiss multinational that owns the drug – “will block access by any means possible”.

This is according to the Treatment Action Campaign’s (TAC) Lotti Rutter who said the company has been vilified internationally for its outrageously high prices and attempts to block affordable access – using intellectual property policies and litigation as some of its weapons.

On Friday the Delhi High Court ruled that Mylan and Biocon, companies that have developed a biosimilar version of the drug, have the right to sell their version in India, despite the legal challenge by Roche.

“It’s good news insofar as there is a registered product in India. That makes it easier for other countries to do the same. But the best news would be approval from the United States’ Federal Drug Authority (FDA) or the European Medicines Agency (EMA),” said Rutter.

Studies have shown that trastuzumab, sold as Herceptin, can prolong the life of late-stage (metastatic) HER2-positive breast cancer patients by up to two years. This is especially significant because this type of cancer is more aggressive than others and, more than others, affects younger women, according to the United States (US) based medical research organisation the Mayo Clinic.

In South Africa, many medical aids refuse to pay for it based on cost – for a year’s treatment the private sector can expect to pay over half a million rand, according to the TAC.

The country’s public sector has access to Roche’s own biosimilar, marketed as Herclon, at a reduced price of R211,920 for a year’s supply of treatment – but those needing a higher dose will pay more.

This is another way in which Roche is attempting to dominate the market and effectively block access, according to Rutter.

Despite this, Roche has managed to make a significant profit in South Africa and across the globe, earning $8.9-billion in profits in 2015.

The Cancer Alliance’s Salomé Meyer said the high price means that people in both the public and private sectors struggle to access the treatment because “cancer isn’t seen as a priority in South Africa”.

“Unless you are on the Rolls Royce of medical aid scheme plans you will either be denied or asked for a co-payment of, for example, over R200-000 – who has that kind of money lying around?” she asked.

She said only one public hospital in the entire country provides Herclon to patients who need it – Kimberley Hospital, a secondary facility in the Northern Cape.

Meyer said it was a matter of budgets and the fact that the province caters for fewer people, that they are able to fund some women’s treatment with the drug. But a treatment committee evaluates individual cases and rations access based on affordability and benefit.

Andy Gray, from the University of KwaZulu-Natal’s pharmacology department, said no medicine is specifically registered with the Medicines Control Council for only one sector and not another.

“The choice of restricting sales to one sector is a commercial choice for the holder of the marketing authorisation. That is why some firms choose to register multiple versions of the same product (so-called clones), so as to be able to segment the market, and even charge different SEPs for products sold in the private sector,” he said.

And being a biologic drug only adds to the complexity. A “biosimilar” drug is a copy of a complex drug made of living cells – a biologic.

“It is more difficult, slower and more expensive to register a biosimilar than a generic (small molecule), as additional data is demanded on immunogenicity, efficacy and safety,” explained Gray.

Mylan and Biocon’s biosimilar of trastuzumab has been submitted for regulatory approval and both the FDA and EMA and evaluations are under way.

The FDA’s decision is expected around September 2017, according to Meyer.

“It is impossible to merely rely on bio-equivalence, as with generics, because complex changes in the large biological molecule (such as folds in the shape or differential glycosylation) can result in differences in effect (positive or negative),” said Gray.

And this is precisely what Roche was contesting in India. Mylan and Biocon had done studies of their biosimilar but only for one of the three indications the drug is being marketed for – metastatic breast cancer, early breast cancer and metastatic gastric cancer.

But Roche uses “multiple strategies to block access”, not just litigation, according to Rutter.

In South Africa, the company holds patents on trastuzumab which could block competitors from entering the market in the country up until 2033.

She said it is likely that Roche would pursue legal action against anyone trying to bring a cheaper version into the country, considering their history of litigation in many countries including India, Brazil and Argentina.

The Lawyers Collective called Roche out for its “unethical and inhuman behaviour” by denying access to patients, after the international Day of Action in February held in Daki’s memory.

The TAC called for unity against the “[i]mmoral and unconscionable tactics employed by Roche across the developed and developing world”.

HER2-positive breast cancer patient Claudette Moore – who uses the public health sector and has been denied state-funded treatment with trastuzumab – protested with other activists in South Africa on February 7.

She said, of very few patients in the country having access to the drug: “Some people are lucky, but not me.” DM