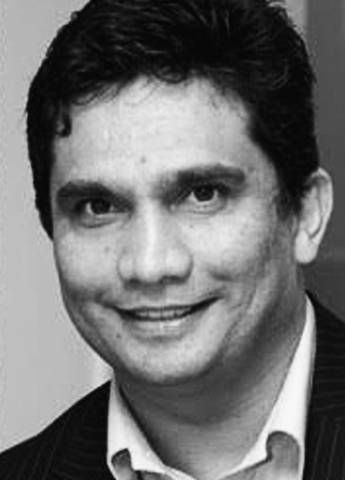 In a shattering move, clearly aimed at distancing himself from the fallout around Minister of Social Development Bathabile Dlamini's apparent inaction and the manufactured emergency relating to the payment of social grants on April 1, Director General of the department Zane Dangor has resigned. Dangor, who was appointed DG in November 2016, has, throughout the debacle, attempted to act as a bulwark against the minister's imperious and unaccountable behaviour. Dlamini's actions have also placed pressure on newly appointed SASSA CEO Thokozani Magwaza. By MARIANNE THAMM.

The political fallout from Minister of Social Development Bathabile Dlamini and SASSA’s spectacular bungling in relation to the payout of 17 million social grants when the contract with its current service provider Cash Paymaster Services (CPS) comes to an end on March 31 has begun.

Dangor was yet to publicly disclose the reason for his resignation but said he would issue a statement later.

Dangor is one of the most experienced members of the Department of Social Development having previously served as chief operating officer before being appointed as special advisor to Dlamini after her appointment in 2010.

It had become increasingly clear at presentations to parliament’s portfolio committees on Social Development and Public Accounts that Dangor, and SASSA CEO Thokozani Magwaza, have been sidelined and kept out of what appears to be a closed loop with regard to the agency’s readiness to act as paymaster for social grants as well as backroom negotiations that have been taking place with CPS.

Magwaza, MPs were told on Tuesday last week, had been booked off sick due to “hypertension” and was not able to report back to SCOPA. Dlamini, although she was in the vicinity, refused to account to the committee.

In the past few weeks it has also been clear that Dangor learned of SASSA’s apparent behind-the-scenes engagement with CPS/Net1 when officials let the cat out of the bag in parliamentary committee meetings where they had been pressured by MPs.

Dangor was telephoned by President Jacob Zuma earlier this week after officials presented to parliament’s portfolio committee on social development. At that meeting, Dangor said if the worst came to the worst, trucks of cash would be dispatched through the country to pay out grants. Discussions between Dangor and Zuma have not been made public.

Dangor’s resignation comes after reports emerged that a team of officials from the Department, the South African Reserve Bank, Treasury and SASSA have been negotiating with CPS/Net 1 CEO Serge Belamant this week.  The identities of the teams and the venue for these crucial negotiations has not been disclosed suggesting the deliberations are “secret”.

Belamant is unlikely to accept any new contract at the current rate and is reportedly seeking an additional R1.3 billion to negotiate a new deal. This would amount to a 50% leap from the current fee of R2.2 billion.

Treasury has informed SASSA and Dlamini that it would not be agreeing to a deviation.

The matter became more critical when SASSA opted to withdraw an application to the Constitutional Court for an extension of CPS’s already illegal contract within 24 hours of lodging it. This was apparently done on the minister’s orders.

Dangor has a long history in social development, human rights and international relations.

Dangor holds a Masters Degree in Public and Development Management and an LLM in International Law from the University of Witwatersrand.

Welcoming Dangor as DG in November 2016 Dlamini said:  “I believe he will contribute immensely to the strategic direction and objectives of the department. We have been working together for a while and I believe his extensive experience in the department (and) civil rights movement in and outside the country, will assist everyone to make sure that the department is able to achieve its mandate.”

Dangor’s resignation is a brave and bold move that will serve to salvage his name and reputation and will decouple it from what could potentially be the biggest national disaster in post-apartheid South Africa. History will judge him well. DM