Rural safety: Are farm murders being underplayed for politics? 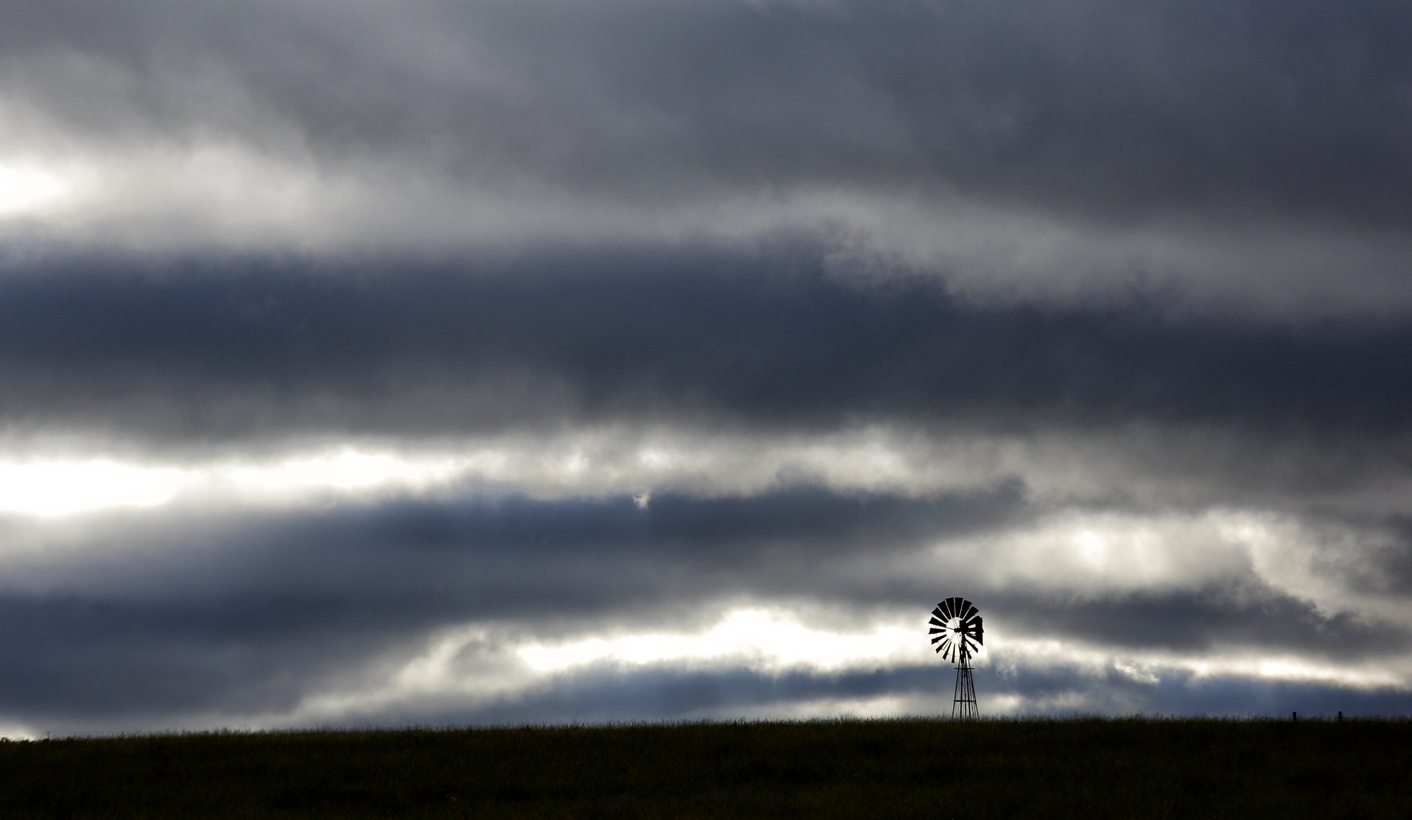 The term “farm murders” has become fundamentally politicised, associated with false right-wing claims about “white genocide”. Farmers say they are under siege, that farm attacks are on the rise and that both the media and the government prefer to turn a blind eye to their plight rather than take them seriously. A recent report about farm attacks reaching record levels over January and February failed to make it much beyond the Afrikaans press. REBECCA DAVIS takes a look at a deeply emotive topic.

In the early hours of February 19, 64-year-old Sue Howarth and her 66 year-old partner Robin Lynn were woken by three intruders on their farm in Dullstroom. When money was demanded, Lynn emptied his wallet and gave the attackers his bank card and PIN number. Reportedly unsatisfied with these spoils, the men tied up Howarth and Lynn, stabbed them, and burned the two with a blow torch. A plastic bag was then tied tightly around Lynn’s head, while another bag was stuffed down Howarth’s throat.

Having loaded the two into the couple’s bakkie, the attackers drove down the R33 before shooting their victims in the head and dumping them near the side of the road. Lynn survived. Howarth died of her injuries in hospital.

Howarth’s death brings the number of murders on South African farms to 26 within two months this year, says Bennie van Zyl, general manager of the archaically-named Transvaal Agricultural Union (TAU). The issue of farm murder numbers is heavily contested, but TAU’s figures are used by independent bodies such as the Institute for Security Studies.

The union compiles its data on farm attacks by cross-checking media reports, police cases and reports from its own network. “If we cannot confirm the [victim’s] name, place and police [case] number we do not record it,” Van Zyl explains. He says that the first two months of 2017 have been the bloodiest yet experienced.

Farm murders are now such a political hot potato that some think it best to avoid the term altogether. A 2008 report by the South African Human Rights Commission (SAHRC) found that “the use of the nomenclature of ‘farm killings’” was “stereotypical and divisive”.

One reason for this in recent years has been the co-option of the issue by the right wing, led by singer Steve Hofmeyr, to support false claims about “white genocide” in South Africa. Factchecking website Africa Check has previously established that whites make up 1.8% of total murder victims in South Africa, while forming 8.85% of the total population.

But there is little doubt that farmers are being killed at higher rates than other sections of the population. The Institute for Security Studies’ Dr Johan Burger says that the general murder ratio for South Africa was 34 people per 100,000 in 2015/2016. “For farmers, this figure was 97 per 100,000,” Burger says. “To put this into perspective, the ratio for another high risk group – police – is 52 per 100,000.”

The definition of “farm attacks” has been as follows since 2003: “Acts aimed at the person of residents, workers and visitors to farms and smallholdings, whether with the intent to murder, rape, rob or inflict bodily harm.” It excludes “cases related to domestic violence, drunkenness, or resulting from commonplace social interaction between people”. This is a selective focus which has come in for some criticism, given that farmers have historically often been the perpetrators of human rights abuses rather than the victims.

The reasons why farms are targeted for robberies are that they are often isolated, in places where police services are patchy, frequently house elderly individuals, and are perceived as sites where weapons can be stolen.

What is less easy to explain, however, is the level of brutality meted out in some of the attacks. The ordeal experienced by Howarth and Lynn is not an isolated incident. Also in February, Trevor Rees, a farmer in the southern Drakensberg, hid from intruders in a cupboard. When found, he was tortured with pliers, made to drink Jik, shot twice, and beaten over the course of two days. Rees subsequently died in hospital.

“Some people say [farm attacks] are only normal crime that goes overboard,” says Van Zyl. “But if a person says they want to steal some food, they don’t break in, wait for hours, burn [victims] with irons, beat them… People shouldn’t tell me this is normal crime. We have a lot of questions.”

Burger describes the type of violence increasingly seen in farm attacks as “a very difficult phenomenon to explain”. He says that researchers in the past have interviewed incarcerated farm attackers in an attempt to understand more. They found that torture is sometimes used in situations when intruders suspect money or possessions are being kept from them, for instance in a secret safe.

But there may be other factors at play.

“Older farmers in particular come from a period where they are the bosses and black people in general are expected to be respectful,” Burger says. “Suddenly [black] robbers enter their house and act in a totally different way. Farmers then still treat them as if they are nothing – they do not acknowledge the fact that the roles have changed.”

In response to this demeaning treatment, Burger suggests, attackers may escalate violence out of anger.

The notion that some farm attacks are motivated by hatred and anger is politically sensitive, but cannot be dismissed. When Knowledge Paulus Mandlazi went on trial last year for murder and robbery on farms in the Brits area in 2014, he openly told the court that he “hated white people and wanted their money”.

Afriforum deputy CEO Ernst Roets told Daily Maverick that the organisation is considering releasing a report on the issue soon, but that it would be irresponsible to generalise about all cases.

Some political figures see farm attacks as a form of retribution for the injustices and dispossession of the past. Black First Land First leader Andile Mngxitama was recently quoted as saying: “If you look at the gruesome manner in which farmers are attacked, it is more like a response or revenge. Even the farmers that are not involved in brutality end up becoming victims because of the culture of violence. The death of these farmers is minuscule compared to the horrors that black people face.”

Mngxitama added: “The murders of black people on farms are not counted. Occasionally people react when white farmers are slain.”

White farmers’ rights activists maintain the opposite: that both the mainstream media and the government prefer to turn a blind eye to the issue. Facebook and other private channels have become the major conduits to share information about farm attacks and pool ideas and resources to deal with the problem.

“We are now doing it by ourselves,” says Van Zyl. “The closest helping hand you can get is on your own arm. We are creating farm watches, and carrying out training and reconnaissance. We are gathering intelligence by ourselves with our farmworkers. The farming population has its own plans.”

It is often assumed that only white farmers are targeted in attacks, but this is not the case. A 2003 police inquiry into farm attacks found that 38.4% of farm attack victims were black, coloured or Asian. On Sunday, a black family was attacked on their smallholding east of Pretoria. Mosima Molefe was shot twice as she defended her baby, but survived. Tellingly, Netwerk24 reported the victim’s husband as saying: “[Security] initially thought I was one of the suspects.”

Black farmers’ union ASAFA (the African Farmers Association of South Africa) says farm attacks are not a major preoccupation for its members, however. “We take it as normal crime, like any other crime in the republic,” secretary general Aggrey Mahanjana says. He does describe farms as “soft targets”, though, and rues the fact that police resources have been drained from rural areas.

“We as black farmers regard the issue as serious, but we cannot single it out as if it must be given special attention,” Mahanjana says. “For us, bigger daily issues are stock theft, vandalism of property, people removing irrigation systems from our farms…”

At the end of February, the Freedom Front Plus wrote to the Speaker of Parliament to ask the House to hold a debate on farm murders. Speaker Baleka Mbete responded by acknowledging that the issue was serious, but also said that it did not justify an urgent debate.

This has been greeted as further evidence of the government’s wilful obliviousness on the issue, but the truth is that violence against farmers and farmworkers has been on the agenda for two decades. Former President Nelson Mandela requested the staging of a Summit on Rural Safety as far back as 1998, in response to concerns from the SA Agricultural Union. At that summit, Mandela warned: “Beyond the immediate human suffering, lack of security and stability in our rural and farming community causes serious disruption to our economy.”

Mandela’s words there provide the argument which farmers present when asked why farm attacks should be viewed as a special category of crime in South Africa.

“The biggest asset any government can have is a productive commercial farmer,” argues Van Zyl. “You cannot spread politics over bread and feed the nation.” DM