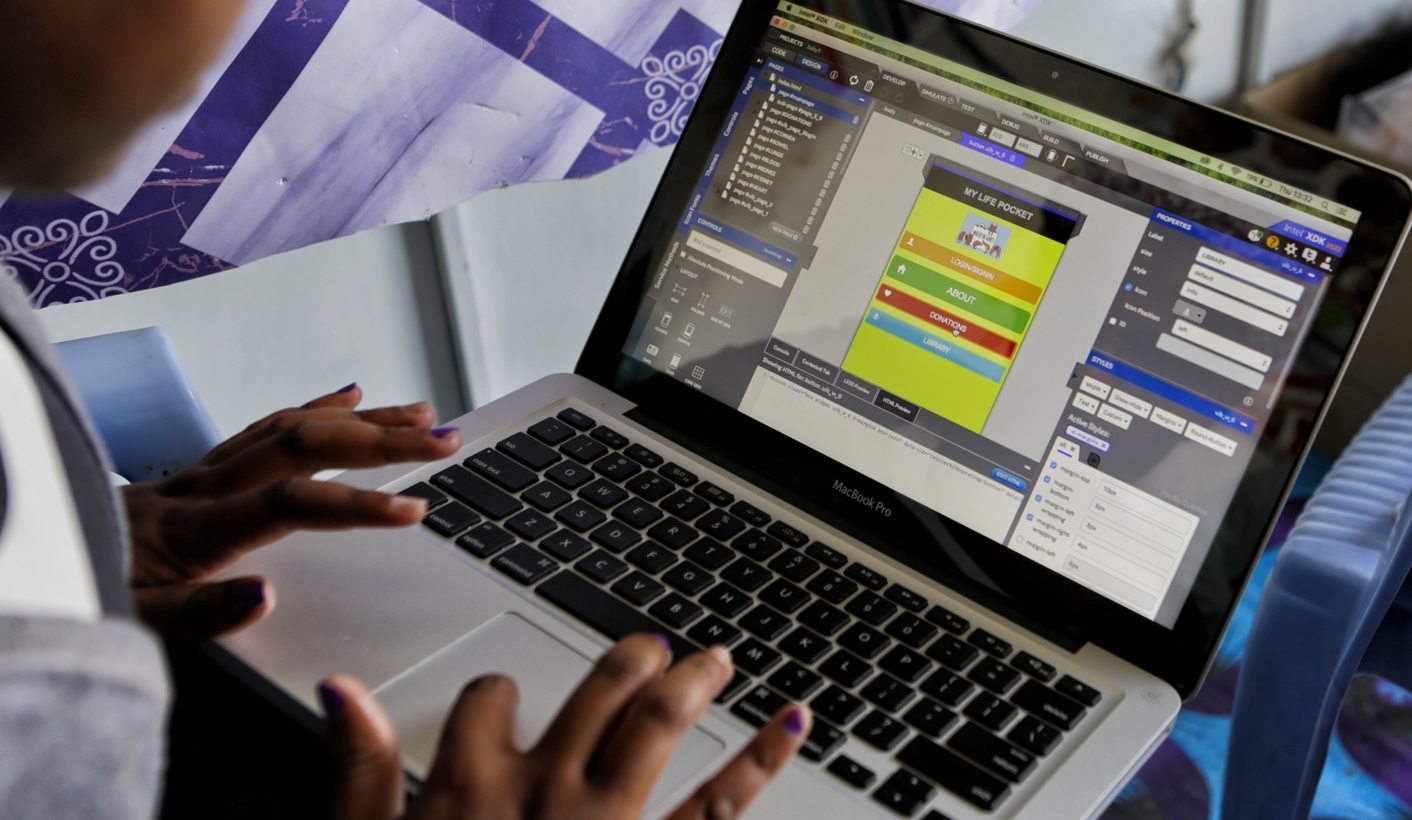 It’s time for universities across the country to brace themselves for the third consecutive year of #FeesMustFall protests. Along with this comes the inevitable debate on whether free tertiary education is possible in South Africa. It’s a moot debate, at least until we rethink the way education is provided, do away with outdated bricks-and-mortar style classrooms and lecture halls and fully embrace teaching through technology. By MAGDA WIERZYCKA.

We are three years into the Fees Must Fall protests that have rocked campuses across the country and the question of free education remains unresolved. It will remain so unless we change the way we think education should be provided and if we continue to ignore the innovative opportunities for cheaper education provided by the Fourth Industrial Revolution. This is the current digital revolution in which technologies are rapidly merging together the physical, digital and biological worlds.

It is a challenge particularly pertinent to South Africa, where a shortage of good maths and science teachers, combined with a poor quality education delivery system and the constraints of poverty make access to education difficult. The knock-on effect is producing students who are completely unequipped to deal with the complexities of quantitative analytics, and hence the future.

This, in turn, translates into government policies that downgrade the importance of the sciences and cover their own failure by lowering assessment benchmarks. This comes at a time when the World Economic Forum has highlighted two skill-sets as essential for survival in a post-Fourth Industrial Revolution world: quantitative analytics and qualitative communication.

This could all be changed at relatively little cost, starting with primary and high schools. I would argue that small bricks-and-mortar classrooms should be replaced by larger, cheaper “warehouse” structures erected close to rural and urban settlements to make access easier. Each “school” and each student needs three free resources: a cheap laptop, preferably in plastic red casing to discourage theft, broadband connectivity and free data packages. The true cost saving would come in cutting out the old staffing structure of principals, deputies and a specialist teaching body. Instead, schools should be staffed by “education managers” trained in managing students’ discipline, motivational techniques and providing logistical help. Actual lessons would be pre-taped and delivered by audio-visuals. Imagine large projection screens where one good science or maths teacher could deliver lessons to literally thousands of students in geographically remote locations at the same time. Imagine earpieces which could translate that lesson into any of the eleven official languages.

I can already hear the gasps of protest: “What about children with different learning capabilities? They will be left behind!” It is true that different skills will determine how quickly students grasp concepts and this has been the problem with TV-based schooling in the past. But today, using technology, progress and understanding could be individually tested online at the end of each “lesson”. Those who struggle with a concept could be given extra examples or homework to work through online. All testing and grading would be online, standardised, automated and instant – a process which would collect large volumes of data quickly that could then be used to identify problem areas.

Importantly, this entire model frees the system from the need to produce vast numbers of quality maths and science teachers and focuses on producing education managers. Although the initial set up is costly, the running costs thereafter are eminently lower, easily scalable and more efficient than the old-fashioned model of brick-and-mortar classrooms.

The technology for all of the above already exists. Now let’s tie this in to the forces of the Fourth Industrial Revolution to see how we could take it to the next level. There are a few ideas that come to mind immediately:

Virtual assistants, such as Apple’s Siri, and advances in artificial intelligence mean that the online curriculum could be supplemented by virtual assistants. Using cleverly written algorithms, these assistants can answer students’ questions online, in everyday language. This isn’t something that may happen in five, 10 or 20 years time. The technology exists today and is being made available by companies such as IBM and Apple.

The most exciting thing about this is that it would not need to be developed country by country. The educational needs of students, particularly in the hard sciences, are generic worldwide. The online curriculum could be developed and coded by students at leading universities such as Harvard or MIT as part of their own project work. Only a few subjects, such as history, would require geographical customisation.

Most of Africa is mobile-enabled. So is virtual reality. I’m not referring to expensive games that require enormous computing power (and equally enormous capital). I’m talking about cheap cardboard boxes, which, when attached to a mobile phone, mimic a virtual reality experience. All that is needed is free access to internet via the phone.

Virtual reality programmes will make it possible to tour every museum in the world, participate in historical battles, witness science experiments, meet the dinosaurs and see different countries. The way in which biology, geography and history can be taught can be made real, exciting and, most importantly, memorable. The possibilities for learning are limitless and exponential.

Primary and high school education is primarily the responsibility of the government; therefore this is the conversation that government should be having with leading educators locally and globally. Pilot projects should be launched to start testing and refining the ideas that use technology at its core. And this needs to happen now, before the private sector muscles in on the game and makes this, once again, a for-profit enterprise.

At tertiary education level, the debate is even more relevant. Huge amounts of money are being thrown at maintaining existing structures. And yet Harvard, MIT, Yale and many leading universities – including Unisa – already offer online-accredited courses at a minimum cost. UCT, Stellenbosch and Wits, among others, should deploy their resources towards online education as opposed to fighting to preserve the status quo.

Given the high maturity levels of students there is even less need for physical lecture halls at this education level – virtual classrooms are just as acceptable. Universities themselves should be run primarily as centres of research, while the education they provide should be cheaply distributed online. If leading academics spent more time researching, patenting and commercialising ideas on behalf of universities, the same universities could become more self-supporting and more useful to society as a whole.

South Africa has a choice. It can give up and employ delusionary tactics like lowering pass rates to 20 percent, or we can start embracing all that technology has to offer and lead the thinking on the future of education in Africa. DM

Sygnia CEO Magda Wierzycka is no stranger to challenging the status quo. The actuary and consumer advocate believes in forcing transparency in the financial services industry, one educated investor at a time. Her outspokenness has earned her a legion of online trolls and is reported to have “SA fund managers shaking in their boots”. She’s the only female CEO of a fintech company in Africa and loves all things future tech. She tweets from @Magda_Wierzycka.

Photo: Young Kenyan innovator Caroline Wambui shows a journalist (R) the interface of a mobile app called ‘Life Pocket’ that she designed in Utawala, Nairobi, Kenya, 15 December 2016. Wambui who has recently completed her high school education at the Embakasi girls secondary school in the Mukuru kwa Njenga slums of Nairobi, conceived of the app after her uncle died when the family couldn’t find a matching kidney in adequate time. Together with her teacher Damaris Muteti (not pictured), Wambui learnt to code and built the app so patients, donors, doctors and hospitals can easily communicate and people who need to receive or donate organs can find a match. The app is currently being piloted by a number of hospitals and is expected to be available to the public by February 2017. EPA/DANIEL IRUNGU