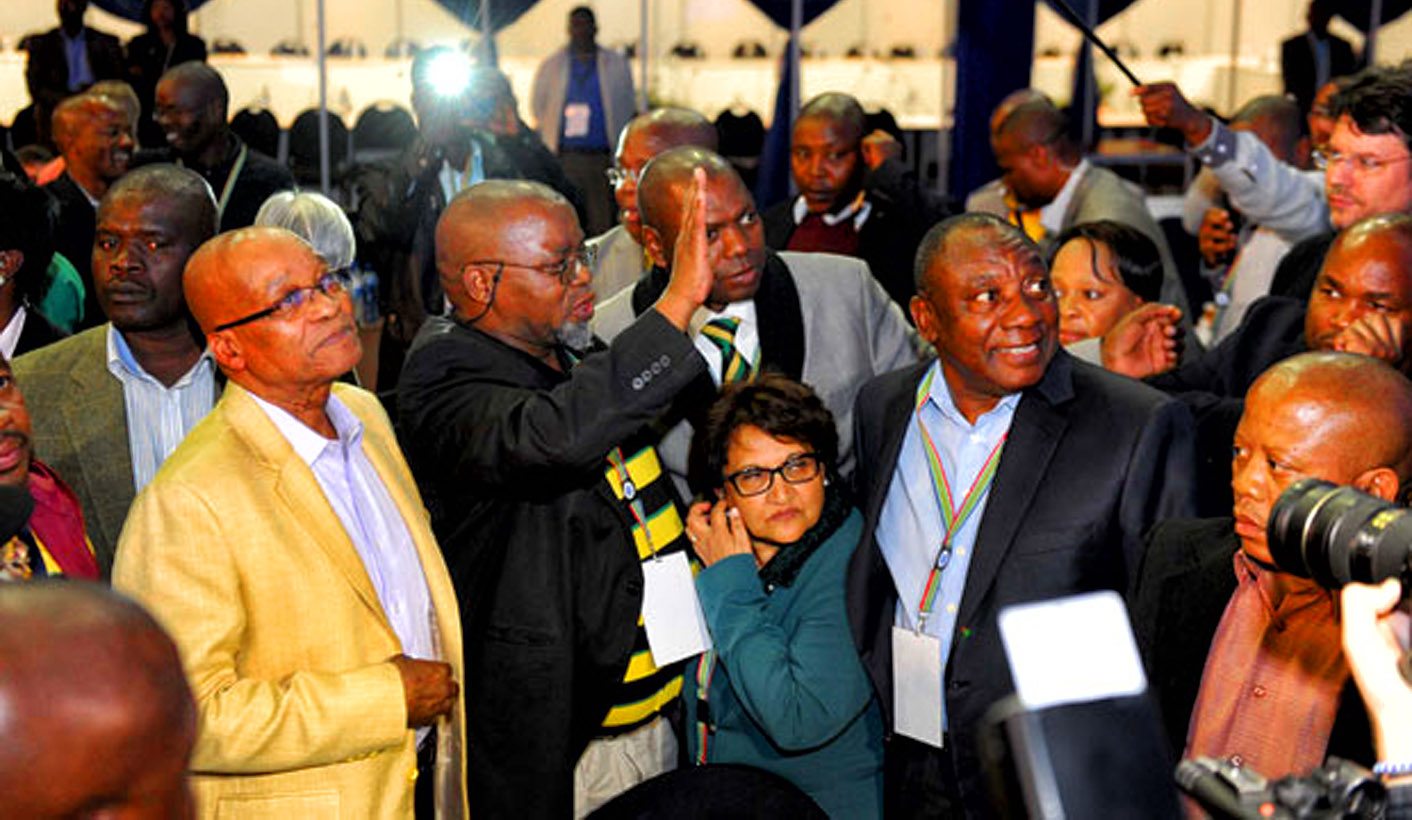 It is becoming clearer every day that the temperature within the ANC is rising. On Monday the party’s National Executive Committee (NEC) held a meeting that should have been a run-of-the-mill boring discussion about policy, which would lead only to the publication of a discussion document and nothing else. The kind of thing that policy wonks and banking nerds may pore over if given enough time and boredom with their other tasks. But the context around this meeting shows how the pressure cooker within the ANC is now at a dangerous point – it is hard to see how things won’t start to boil over soon. With the consequence that almost all of us will be burnt in some way or another, even if just through policy paralysis. By STEPHEN GROOTES.

Monday was an ordinary day in South Africa. The rand rose and fell, the rain in Gauteng just fell, the City of Cape Town asked people not to use too much water, and Orlando Pirates left its fans exasperated once again.

But in the political space, tempers were rising. As we have come to expect. Consider the context. On Friday the ANC in North West nominated Brian Molefe to Parliament. A group of ANC leaders told EWN that they were going to use this ANC NEC meeting, ostensibly about policy, to argue that Pravin Gordhan should be fired as Finance Minister. From the opposite corner, the ANC in Gauteng used a morning radio interview with its Chief Whip, Brian Hlongwa, to tell Luthuli House that any move to appoint Molefe as Finance Minister would be “astonishing” and that factions were now at a “tipping point”. Meanwhile, on Twitter the ANC’s Chief Whip in the National Assembly, Jackson Mthembu, used both his thumbs to say that Gordhan should stay in his position.

This had all happened by 09:00 on Monday morning. Oh, and the day before, the party’s former Treasurer, Mathews Phosa, had warned that the party would “have to perform a miracle to get anything close to 50%” in the 2019 elections.

By the end of the day, tensions appeared to have eased a bit. A spokesperson for the ANC confirmed that the NEC meeting had ended, and that it had actually focused only on policy. And thus no decision had been taken about Gordhan. And implicitly, perhaps, there had actually been no discussion about Gordhan, never mind any kind of decision about him.

To look at all of these developments at once tells us several things about our politics at the moment. The first and most important point is that this is all happening within just one party. This is not one of those days that happens in the hours after elections in other democracies, where party leaders resign while the winning party rejoices. This all happened in one morning, within one party. It is South Africa, after all.

The second point is that it shows us that many of the people involved here are acting only out of their own interests or, at best, are serving very narrow constituencies. Consider the real issues that are burning at the moment: unemployment, poverty and inequality are burning crises. How much discussion do we think they got at this NEC meeting? A whole hour? Maybe. Ponder the other crisis that is about to blow up in a thermonuclear manner in the next two months – a possible failure to distribute social grants, because, unbelievably, the Social Development Ministry has still not applied to the Constitutional Court for more time to continue with a contract that it has already declared illegal. Almost certainly, that issue received no air time at all at the NEC meeting on Monday.

And consider the people involved here. This is the North West ANC that is being used to try to get Molefe into Parliament. The same people who believe that the province will not be complete without a statue of President Jacob Zuma. And, it appears unable to explain the obvious, and simplest, problem, that Molefe felt it was inappropriate for him to continue as the CEO of Eskom after the public protector’s report on state capture, but the provincial ANC believes he’s perfectly fit and proper to go into Parliament. On the Midday Report on Monday, the ANC’s provincial secretary there, Dakota Legoete, fell back onto that old canard that has ruined our politics, that someone is “innocent until proven guilty”. Completely missing the point that we should, and must, expect more from our public representatives than just that they are not convicted criminals who exhausted all their appeals opportunities. It’s like asking a woman to be grateful to be married to a man who does not beat her. What are you saying about men?

The leaders who then also claimed to be trying to use this meeting to remove Gordhan are of course exactly the same. Any claim by them that they are actually trying to move the agenda of black empowerment forward must be met by one simple response: Why did Molefe visit the Guptas 19 times in just four months? And why did the other minister, who professes to believe in this so strongly, Mosebenzi Zwane, lie about a Cabinet decision to all of us? As an extra exercise, they can then be asked the question, why did President Jacob Zuma take no real action against Zwane for doing so?

None of these questions can actually be answered without revealing the real agenda here.

More and more it seems, there is swirling within the ANC. There used to be an identifiable centre, now it appears there are at least two. In moments like this, leadership is required to try to calm things down. Instead, surely deliberately, it seems leaders, or at least the Number One among them, have an interest in stoking up the temperature. The problem with a rising temperature is that everything within the environment moves more quickly. And there is less stability within the entire system. The chaos ensues. And the faster the things swirl, the more likely they are to leave the orbit of the centre, such as it is. In other words, the longer this goes on, the more intense it becomes, the less likely there is actually any political centre left.

And in the meantime, no policy is made. There are some people in the ANC who still try to have us believe that the party can contain its succession battles, that 2017 will not be a year “lost” to succession, and that delivery can still occur, and decisions be made, while the party fights itself to a standstill. Monday was a perfect example of how that cannot be true. DM