Op-Ed: This was my Damascus moment 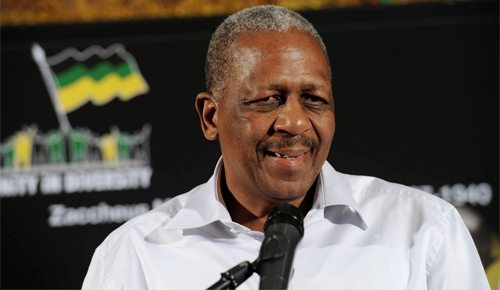 In every politician’s life there is a Damascus moment, and in some cases, more than one. I had such moment this year at the opening of Parliament when Speaker Baleka Mbete callously, coldly and clinically refused to allow Parliament to bow their heads to show that they feel the pain of the families of the 94 who had died because the government looked the other way. By Mathews Phosa.

A president who had been found not to have honoured his constitutional oath of office had only laughter to offer when members of Parliament were treated to PW Botha-style unconstitutional assault.

When a former comrade and colleague called the president a scoundrel and others called him a Tsotsi. When all the ANC had to offer in response was to pull out the race card and to tell the opposition to f*** off.

When pepper spray was released in the public gallery. When the “honourable” Speaker chased out of the Chambers a member of Parliament who asked a perfectly reasonable question.

I realised, deeply and painfully, in watching this, that I have come to a point where I refuse to be part of the intellectual funeral of the ANC, that I refuse to be associated with so-called leaders who trample on the people who voted them into office, who disrespect the constitution, whose only predictable response to all challenges is “racism” and who are willing to sacrifice the future of our children before the throne of a man who knows no shame and shows no character.

I refuse, as a disciplined cadre of this movement, to have my coffin buried in the same graveyard as such leaders who have made the choice to place their own corrupt interests above that of those that we swore, yes swore, to serve.

It is enough, I say, enough. The party that we all revered, loved, served, and some died for only exists in name today. Certainly we are not servants of the people, and certainly not the servants of all who live in South Africa.

For me the tragedy of this cold-hearted refusal by the Speaker was that it illustrated so clearly what people are saying in the streets:

During the Struggle heroes died so that we can govern; now innocent people die in Marikana and psychiatric wards because we govern.

Without feeling or compassion, an honourable Speaker would have, without prompting from any party, called for a minute’s silence for the 94 before the president spoke.

I had the privilege, with others, of negotiating the principle of constitutional civilian rule in the multiparty forums created for that purpose. We studiously ensured civilian oversight over police, intelligence and military structures. When such constitutionally entrenched principles are thrown out the window at the first sight of opposition, we are on a slippery slide to security rule.

What has happened to our oft-repeated slogan during the days of negotiation that we will defend the right of fellow-South Africans to differ from us. The uncomfortable truth is that the DA was right in raising the issue of the 94 dead and showing sympathy with them and their families by our elected leaders, Cope was right in calling the president a scoundrel, and the EFF was right in raising the issue of non-parliamentary security staff being present in the Parliamentary precinct.

All of their points of order and personal remarks were rejected simply because they were raised by opposition parties. Since when do we in the ANC have exclusive access to wisdom, the truth and genuine compassion?

We are perilously close to a situation where we have become irrevocably intellectually and emotionally fat and lazy, and where we will revert to military and security interventions to hide our glaring inability. All of the above is happening against a backdrop where the people that voted us into office are poor, insecure in their homes (if they have one) unemployed, out of pocket, uneducated and mostly without access to quality health care.

This is a recipe for disaster and no blaming of external forces for this will take away our shocking record of wasting taxpayers’ money. South Africa deserves better than this.

Is this the South Africa that we struggled for, died for, and for which

Madiba, our beloved leader, spent 27 years in jail? Would he have condoned the fact that a massive amount of our resources are being spent to ensure that one man’s rape of our principles, our resources and our constitution remains unpunished? The answer is No.

He would have, like many of us, shouted at the top of his voice: Enough! Enough! He set the example by vacating the offices of president of the ANC and president of the Republic even when we pleaded with him to stay.

Now we have a president, when we plead with him to go, stays. My plea remains: Please, for once, serve your people, and go. Go now. If you don’t, history will judge you to be the chief architect of the destruction of the ANC.

We will have to perform a miracle to get anywhere near 50% of the vote in 2019. That very moment in Parliament when we, the ANC, refused to bow our heads in shame about the death of 94 defenceless citizens, will in future be seen as a pivotal moment that illustrated the insensitive, careless brutality of some of our leaders.

We are so disconnected from those who pray that we will see their hopelessness that we play cruel politics in the face of suffering, death and inhumane conditions. We have broken that chain that allowed us to feel and resonate with the plight of our people.

We will, as we did in August of last year in the municipal elections, pay a painful price at the polls for it in 2019.

I had my Damascus moment during State of Nation – better named the Shame of the Nation – when I realised that Oliver Tambo deserves a nobler, more dignified and better dedication than the militarisation of Parliament and the callous ignorance of the depth of the nation’s grief and shock.

I remain a member of the ANC. I remain against the continuation of the current leadership of our party. I call, again, for the resignation of the president and I call for the election of a new NEC as soon as possible. We cannot postpone the future, and the inevitable, time and again. It shows cowardice and a lack of decisive leadership.

The time for debating in the dark is over, we have verbalise our views in public. I cannot continue to look the other way whilst shameless leaders without character or integrity wreak havoc with the principles of those who liberated our country so that there should be a better life for all.

The truth is that we have not delivered on the “better life for all “ promise. I repeat, I will not, never, be buried in the same graveyard as some of the current leadership.

I understand that these words will land me in the firing line. I know that I am not the only one who feels this way. I know that there are cabinet ministers and NEC members who feel the same way. I urge them again, to speak up. Find your inner voices, find your pride, find your character and speak before your children and grandchildren, and history, judge you harshly for being silent.

Good men cannot be silent in the face of evil. Silence is connivance.