NSFAS: Students claim their future is on hold after Fund’s continued failures 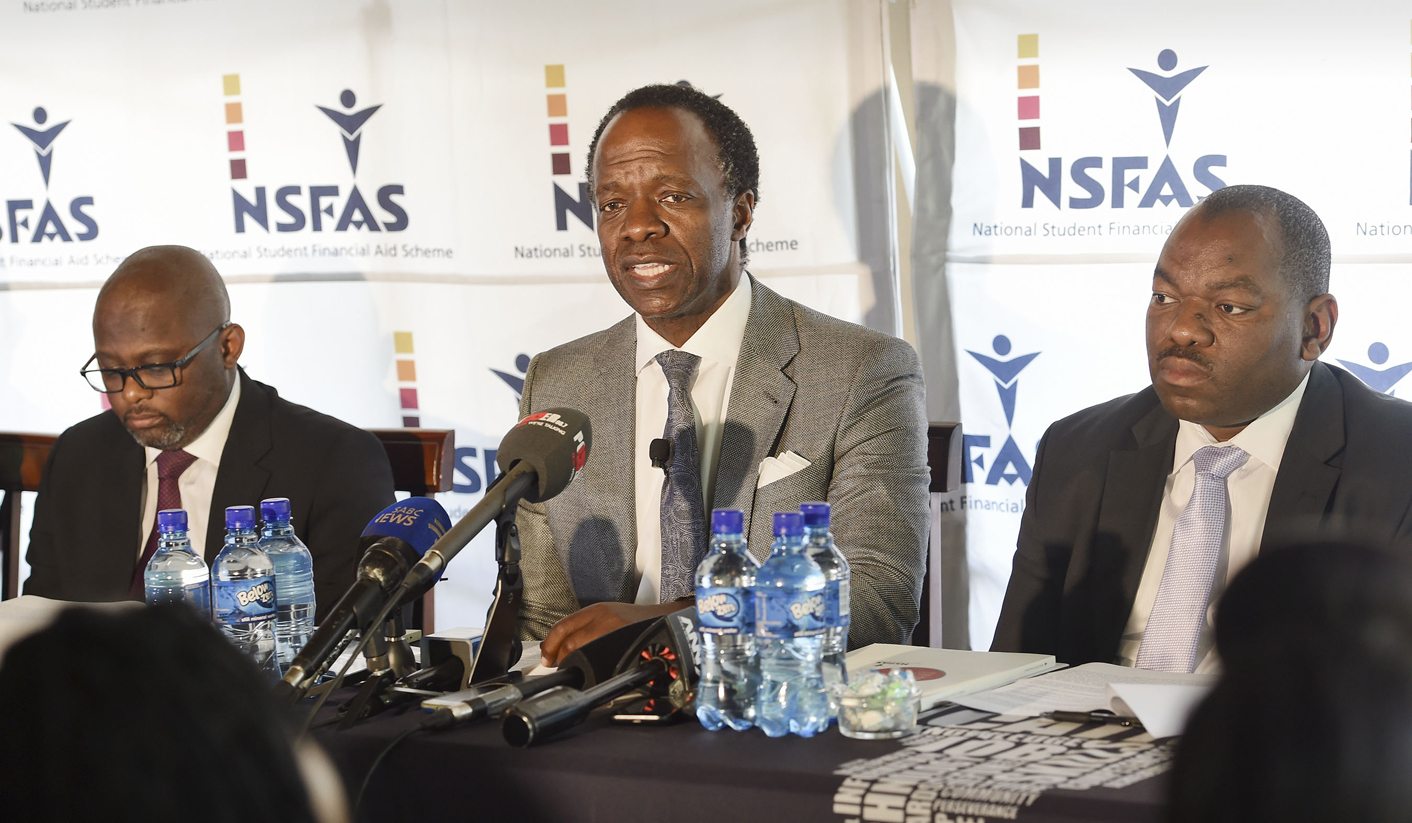 Sandisiwe Maseti, a second-year Bachelor of Political Sciences student at the University of Pretoria, was so frustrated by NSFAS that she started groups on social media to discuss the challenges with other students. Some said they were still waiting to be evaluated for funding while their institutions’ registrations periods had closed. Other students, even if they were funded previously, believed they didn’t get support because NSFAS has run out of money. Hopeful students who applied by fax or e-mail haven’t received any notification SMS on their status, said Maseti.

“Right now we are looking for a girl who sent me a video, crying and drinking pills. I think she wrote a suicide letter after NSFAS said there’s no more funding for university [and] she should go to a TVET college.”

On Sunday, NSFAS head Sizwe Nxasana said that while there have been problems the NSFAS process of evaluating and approving students for higher education funding has been going well, with a number of advances on the previous year. Funding for over 200,000 students has been approved, but a number of prospective students say NSFAS has failed them, leaving their education and future in limbo.

Maseti applied for NSFAS last year and said waiting for approval set back her studies. She called NSFAS’s enquiry line but couldn’t get through. Her e-mails went unanswered. Eventually she got through on the phone, after using her airtime to wait on hold for 40 minutes. She had been rejected and told to appeal; she didn’t know what being told to appeal meant. She was rejected a week before university registration was due to close, and asked, “How do you then raise fees within a week as your hope was NSFAS?”

On Sunday, Nxasana said, “We do realise that our system did not go smoothly in all areas, and would like to apologise to all students who have been inconvenienced in one way or another at their respective institutions. As we speak today, we have attended to most issues relating to returning students at universities to ensure that they are in class tomorrow.”

A total of 161,938 applications for funding at the country’s 26 public universities and 50 TVET colleges were submitted, mostly online, during the 162 days the NSFAS was taking applications. Funding has been approved for 105,135 of the new students and 204,653 returning students, meaning that 309,788 students have been approved for NSFAS funding in 2017.

Applications for TVET college funding closed on Friday and Nxasana said there will be a significant increase in the amount of college students who are approved. NSFAS hopes applications still to be evaluated will be completed by Friday. Because student protests last year meant some students only completed their 2016 exams in January, some university students’ grades are still being evaluated. Nxasana said he expects at least another 100,000 students to be approved for funding, above the already 309,788 currently approved.

“The Minister of Higher Education and Training, Dr Blade Nzimande, has confirmed that the NSFAS funding budget for 2017 will be R15-billion. From this budget, we expect to fund well over 405,000 students who were funded in 2016 at both universities and TVET colleges,” said Nxasana.

Of the 161,938 applications, NSFAS denied 53,043 and said 3,760 are still being reviewed. Unsuccessful applicants have until February 28 to appeal the decision to deny them funding by downloading and submitting a form on the NSFAS website.

Nxasana said a number of improvements have been made to the system. The “student-centred model” had been implemented; it’s meant to give NSFAS a closer relationship to students’ funding schemes. Universities and TVET colleges were given an upfront payment of R1.3-billion in January to help students register without paying registration fees. Students who were funded last year and passed 50% of their modules automatically were approved for 2017 funding. And any new student from a quintile one, two or three high school or those whose families depend on social grants and received a spot at a college or varsity would receive funding.

Clearly, however, there are ongoing problems. Issues with NSFAS funding have led to protests at a number of institutions across the country. Students at Mpumalanga’s Ehlanzeni TVET College, Barberton Campus, went on strike last week over delays in approval for funding. Students at Nelson Mandela Bay Metropolitan University have raised fears that over 1,000 rooms reserved for NSFAS students, still awaiting approval, will be given to other students. Tshwane University of Technology students protested last week over accommodation issues related to NSFAS grants. At the University of Pretoria, students have complained of a lack of accommodation. Nxasana on Sunday said NSFAS was limited in what it could do regarding student accommodation.

Professor David Hornsby, from the University of Witwatersrand, last week told Daily Vox, “We see across the system, particularly at institutions that have a high number of NSFAS students, a great deal of uncertainty emerging. At Walter Sisulu University, for example, the protests are directly related to the fact that NSFAS is not processing students’ applications fast enough.”

Katleho Sizwe Mosia was accepted as a first-year student at the University of Free State’s QwaQwa campus. He comes from a quintile three school and said he received a government grant until he turned 18. In January, he repeatedly walked an hour-and-a-half to campus to find out whether he’d been approved for NSFAS funding. “I did not know when I get home that NSFAS would reject me because of the choice of my university and they told [me] that I should go to a TVET. I already tried here in my ‘hood but they are full,” said Mosia. He can’t afford the registration and is worried he will be sitting at home with nothing to do while the appeals process evaluates his position.

“I will have to swim in school debts and apply for NSFAS again this year for next year, and other sources of funding,” Mosia said of his options.

Donald Nkabinde was accepted to study a Bachelor of Science in Meteorology at University of Pretoria and applied for NSFAS funding. He said he is financially needy, had strong marks in high school, and submitted the required documents. He was told, however, that his application status “is not captured for the current academic year”, supposedly because he hadn’t submitted the right documents.

“I think NSFAS is a good initiative to help students, but they need to sort their mess first. My family cannot pay my fees, so the only option is to drop out,” said Nkabinde. He plans to go through the appeal process, but has little hope he’ll be helped. DM