SONA2017 aftermath: The radical dud and the radical sideshow 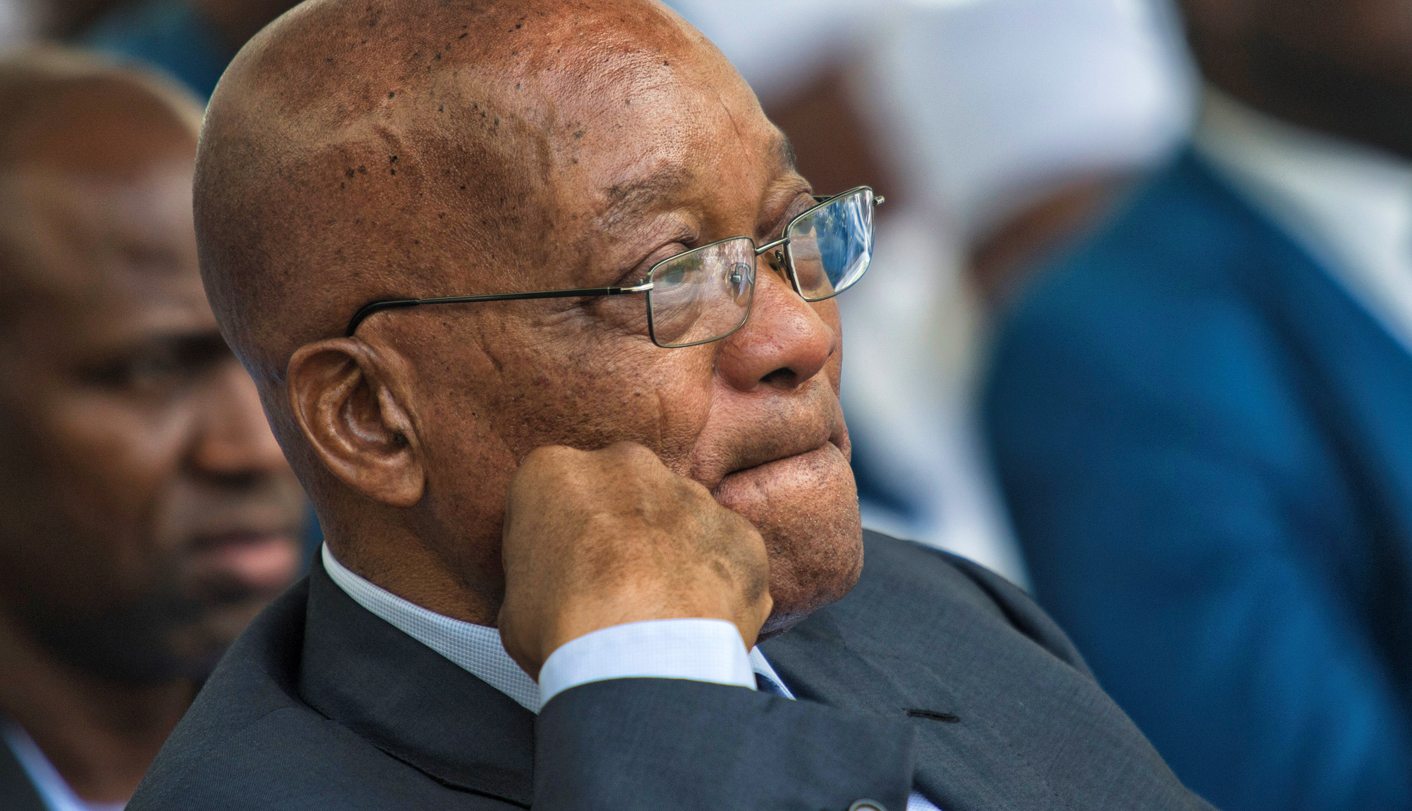 There has been a lot of noise around the State of the Nation Address (SONA). Much of it centred on the enormous security presence, including soldiers, in the Cape Town city centre, and the parliamentary precinct in particular. Then there was the interruption of President Jacob Zuma’s speech, the violent eviction of the Economic Freedom Fighters (EFF) and the walkout by the Democratic Alliance (DA). But what did Zuma actually say? Judging by the first day’s SONA debate in Parliament, not many people can decipher this. Amid the uproar and heated exchanges, Zuma will wriggle out of committing to anything tangible for another year, while throwing about the obligatory “radical” like the F word in a rap song. By RANJENI MUNUSAMY.

It would be an interesting exercise to have President Jacob Zuma explain to South Africa in his own words what “radical economic transformation” is and how we should measure its implementation by government. Radical economic transformation was supposed to be the big takeaway from the 2017 SONA but since it was adopted at the ANC national conference in 2012, it has been difficult to define and pin down.

Zuma did give a definition in his speech on Thursday:

“What do we mean by radical socio-economic transformation? We mean fundamental change in the structure, systems, institutions and patterns of ownership, management and control of the economy in favour of all South Africans, especially the poor, the majority of whom are African and female, as defined by the governing party, which makes policy for the democratic government.”

So how would this “fundamental change” come about? The answer to that question was not in the SONA as there was nothing that was fundamentally different from anything Zuma or anyone else in government has said before. So we have no idea what exactly is starting when Zuma says:

“Today we are starting a new chapter of radical socio-economic transformation. We are saying that we should move beyond words, to practical programmes.”

Unfortunately the president no longer addresses press conferences so we cannot ask him what he means or what will happen practically. Perhaps he might answer the question on Thursday when he responds to the debate on the SONA, or perhaps he will keep us guessing.

Zuma certainly did keep the country guessing on most of the topical issues, either restating what was said before or kicking the ball into touch.

On higher education, for example, there was no clear direction from the president to stave off further protest action and turbulence over the fees crisis. Government has to come up with an adequate response to the funding issue or another academic year could be in jeopardy.

But this is what Zuma said:

“In the remaining years of this administration, our policies will respond directly to the following concerns that the students have placed firmly on the table:

“Firstly, the students have expressed concern that the NSFAS threshold of R122,000 is too low. We will have to look into this matter with the view to raising the threshold on a phased basis in the period ahead.

How long is this “looking into” process supposed to take and what do universities and students do in the meantime?

On land, which is meant to be the cornerstone of radical economic transformation, Zuma said:

“We had stated our intention of using the Expropriation Act, 1975 (Act 63 of 1975) to pursue land reform and land redistribution, in line with the Constitution. I have now decided to refer the Bill back to Parliament for reconsideration on the basis that it might not pass constitutional muster. This is due to inadequate public participation during its processing.”

How is radical economic transformation starting “today” if government does not yet have the legislative tools to implement its land policies?

Zuma did not even deal with critical issues such as the lack of a mechanism to distribute social grants by April 1. All Zuma said was:

“Government runs effective poverty alleviation programmes such as the Expanded Public Works Programme. In addition, social grants now reach close to 17-million people, mainly older persons and children. Many families would not be able to put food on the table if it were not for social grants.”

That much is clear – hence the dire need to ensure that South Africa is not faced with a catastrophe in a month and a half.

Because so much of the SONA debate on Tuesday was focused on the sideshow of the past few days and Zuma’s long-running controversies, he is not being pinned down on his government’s programme of action and lack of tangible outcomes.

The EFF and Congress of the People are not participating in the two-day parliamentary debate. EFF leader Julius Malema told a media briefing that the speech was illegitimate and redundant, and that it was not worth their time to debate it.

DA leader Mmusi Maimane delivered a scathing 20-minute speech in which he asked Zuma if he was really so afraid of the EFF that he would steal their policies.

“On Thursday we heard about the same old failed nine-point plan, sprinkled with a bit of stop-gap populism like land expropriation, talk of a state-owned mining house and threatening the banking sector,” Maimane said.

“Don’t be fooled by the language in President Zuma’s speech. His project, and that of the ANC, is the accumulation of personal wealth.”

United Democratic Movement leader Bantu Holomisa warned that there were rising levels of anxiety and anger in the country “with anarchy knocking at our door”.

He said the national consultative conference proposed by ANC veterans should be open to all South African citizens to, among other things, discuss meaningful economic transformation. Holomisa said the conference should also evaluate agreements reached between the ANC and the apartheid regime.

“Meaningful transformation, including the tranfer of land and control of the economy, will never be realised so long as those agreements… lock the majority of citizens outside the mainstream,” Holomisa said.

Minister in the Presidency Jeff Radebe acknowledged that most black people were still economically deprived and dissatisfied with the economic gains of freedom and democracy.

“We must accelerate radical socioeconomic transformation to ensure beneficiation of the majority of black people. The ANC is unapologetic about its stance of prioritising the black majority in its transformative programmes,” Radebe said.

But the ANC and leaders in government always stop short of explaining how their goals would be implemented and do not provide time frames of what will be achieved when. It is as if they are newcomers in government and they announce their intentions as if they had nothing to do with the preceding years of sluggishness and non-delivery.

“That’s why, when he droned on in that monotone, he put his own benches to sleep and he made this nation weep. His members slept, because they know, just as the nation knows, that he will never, ever deliver.”

The 2017 State of the Nation Address, like the two before it, will be remembered for the commotion and sideshow in Parliament, rather than anything Zuma said. This means that government will coast along for another year based on the vague undertakings made by the president and it will be virtually impossible to pin him down on any of these.

It is only when Finance Minister Pravin Gordhan attaches funding to all these programmes in the Budget speech next week that they will start to crystallise. But implementation is still based on political will. Based on what was contained in the flagship government speech last week, there is not much of that around. DM