Op-Ed: Using the military to intimidate opponents  constitutes an attack on democracy 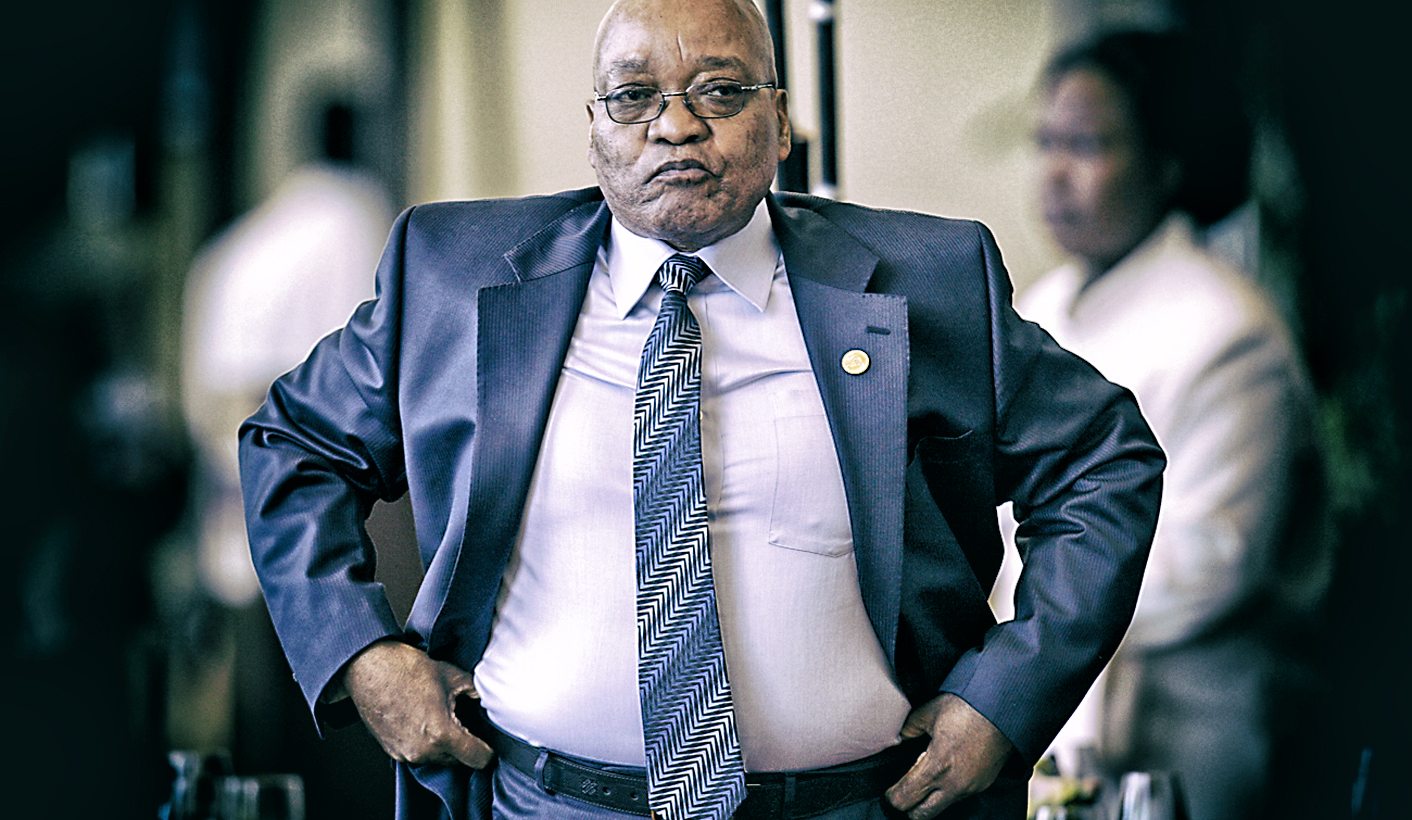 The announcement by President Jacob Zuma that he has authorised the employment (also called deployment) of 441 members of the South African National Defence Force (SANDF) for service in cooperation with the South African Police Service (SAPS) “to maintain law and order during the Opening of Parliament” leaves many questions unanswered. At this stage – with the limit information provided by the Presidency – it is far from clear that the deployment is lawful. When the executive branch – headed by the President – uses the military to intimidate political opponents by a needless show of force, it constitutes an attack on democracy. By PIERRE DE VOS.

In terms of section 205(3) of the Constitution the police service (NOT the military) is tasked with preventing, combating and investigating crime, to maintain public order (or, as the Presidency now calls it, to maintain “law and order”), to protect and secure the inhabitants of the Republic and their property, and to uphold and enforce the law.

Because we are a constitutional democracy, the military should only assist the SAPS in the most exceptional circumstances and only in accordance with strict procedures set out in section 201 of the Constitution, read with section 18 and 19 of the Defence Act and the provisions of the Powers, Privileges and Immunities of Parliament and Provincial Legislatures Act.

These basic principles are even more important when applied to the deployment of soldiers in and around the legislature – a separate branch of government. When the executive branch – headed by the President – uses the military to intimidate political opponents by a needless show of force, it constitutes an attack on democracy. This is more so when the soldiers are deployed for that specific purpose in or around the legislature.

At the national level, Parliament is the only democratically elected branch of government. The President is elected by the National Assembly, is accountable to it and can be fired by it. But because the President controls the SAPS and the SANDF, he or she nevertheless has enormous power which could easily be misused to undermine democracy. The Constitutional Court, in the judgment of Democratic Alliance v Speaker of the National Assembly, warned in stark terms about the dangers of the executive using the SAPS or the SANDF against another branch of government.

“Parliament is also entrusted with the onerous task of overseeing the Executive. Tyrannical rule is usually at the hands of the Executive, not least because it exercises control over the police and army, two instruments often used to prop up the tyrant through means like arrest, detention, torture and even execution. Even in a democracy, one cannot discount the temptation of the improper use of state organs to further the interests of some within the Executive. Needless to say, for Parliament properly to exercise its oversight function over the Executive, it must operate in an environment that guarantees members freedom from arrest, detention, prosecution or harassment of whatever nature. Absent this freedom, Parliament may be cowed, with the result that oversight over the Executive may be illusory.”

It is for this reason that section 4 of the Powers, Privileges and Immunities of Parliament and Provincial Legislatures Act, places strict limits on the presence, not only of members of the SAPS, but also members of the SANDF within the Parliamentary precinct. The section states that members of the security services may enter upon, or remain in, the precincts of Parliament for the purpose of performing any policing function “only with the permission and under the authority of the Speaker or Chairperson”.

It is only when there is immediate danger to the life or safety of any person or damage to any property, that members of the security services may without obtaining such permission enter upon and take action in the precincts in so far as it is necessary to avert that danger. Even then, any such action must as soon as possible be reported to the Speaker and the Chairperson.

This provision gives legal effect to the separation of powers doctrine and confirms that the executive has not authority in the normal course of events to deploy members of the SAPS and SANDF in the Parliamentary precinct. As the Supreme Court of Appeal (SCA) stated in Primedia Broadcasting (a division of Primedia (Pty) Ltd) and Others v Speaker of the National Assembly and Others:

“The plain purpose of s 4(1) is to protect the independence of Parliament. Only the presiding officers may decide what the security services may do on its precinct.”

The court also noted – addressing the argument by the Speaker that it was not the Speaker’s job to decide how to go about securing the precinct and the Chamber – that the permission of the Speaker is required before such a deployment can take place.

If the President had purported to give permission for soldiers from the SANDF to be deployed inside the Parliamentary precinct, this order would almost certainly be unlawful and invalid. It is for the presiding officers of Parliament to make such a decision and is subject to the requirement that the soldiers will have to remain under the authority of the presiding officers.

The Presidency has failed to give any indication that this legal obligation is being honoured. We simply do not know whether the President has unlawfully purported to deploy troops within the Parliamentary precinct or not.

“must inform Parliament, promptly and in appropriate detail, of (a) the reasons for the employment of the defence force; (b) any place where the force is being employed; (c) the number of people involved; and (d) the period for which the force is expected to be employed.”

If Parliament does not sit during the first seven days after the defence force is employed, the President must provide the information required to the appropriate oversight committee.

The statement of the Presidency does not indicate that this was done or that the President intends doing this. Neither does the statement provide any reasons for the employment: why was it necessary to employ 441 members of the SANDF on South African soil? Could the SAPS not handle the matter and if not why not? On this the Presidency has remained silent.

Moreover, section 19(2) of the Defence Act requires the Minister of Defence to give notice of the deployment by notice in the Government Gazette within 24 hours of the commencement of the deployment (which occurred on Sunday). This is an additional requirement to the notice the President needs to give to Parliament.

There has been no word from the Presidency or the Minister of Defence on whether the notice was given by Monday as required by the law. If notice was not given, then the deployment of soldiers as announced by the Presidency would be unlawful.

Section 19(3) of the Defence Act then sets out strict procedures and criteria that must be met for such a deployment, stating that:

The Presidency and the Minister of Defence have not as yet provided any indication that such a code of conduct and such guidelines have been drafted and that the soldiers are bound by them.

But even if one ignores these legal requirements for the deployment of troops (which one is not permitted to do), the broader issue of principle remains. A President should never deploy members of the Defence Force in a show of force in and around Parliament unless the life of the nation is threatened. If he or she deploys soldiers in and around Parliament, he is sending a symbolic signal that military power – and not the power of the ballot – is what counts.

It sends a signal that ordinary citizens who wish to make their voices heard by taking part in protest marches and demonstration outside Parliament must beware and that soldiers with guns, and not voters casting their ballots and exercising their democratic right to protest, are in charge. DM