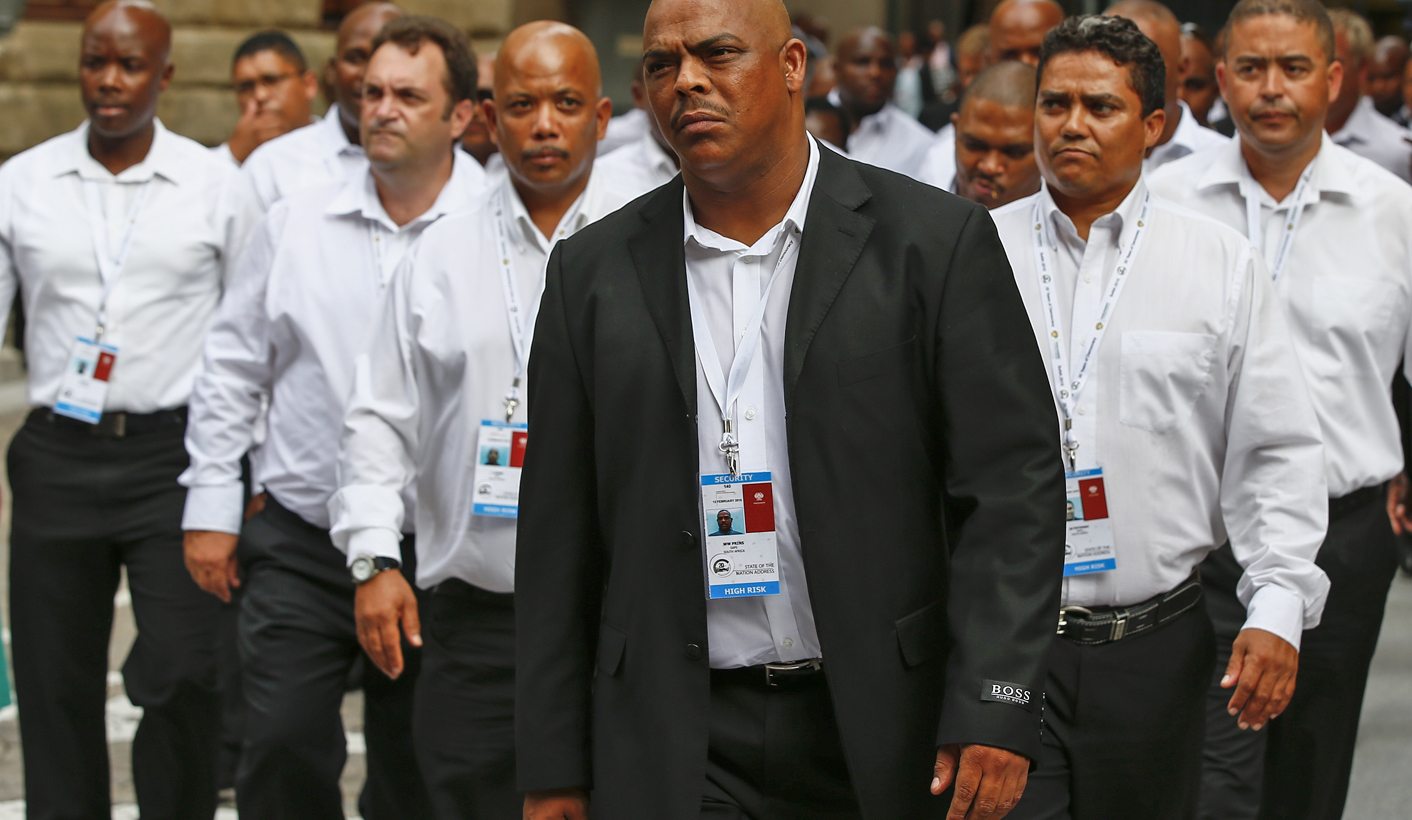 Parliamentary staff have been told to stay home unless they have specific duties at next Thursday’s State of the Nation Address (SONA). If they are permitted in the precinct – the people’s Parliament will be closed off to anyone without official photo accreditation 21 hours before the 19:00 SONA 2017 – staff are “required to stay clear of the procession in Parliament Street, chamber and gallery, if not assigned to perform duties in the said areas”, says Secretary to Parliament Gengezi Mgidlana’s letter to parliamentarians and staff. By MARIANNE MERTEN.

Mgidlana’s letter, dated January 25, 2017, headed “Security Restrictions – State of the Nation Address: 9 February 2017”, says there will be no tours of Parliament from February 6, three days before the event that traditionally marks the start of the parliamentary calendar. Nor would deliveries be allowed from February 8, unless special arrangements have been made. “Honourable members and guests are kindly requested to co-operate with security staff and procedure,” says the letter seen by Daily Maverick.

But at Thursday’s media briefing on SONA 2017 readiness, Mgidlana said there were no special security arrangements, while also not denying the involvement of State Security, SAPS and defence force in security arrangements. “No, we don’t have any other additional measures,” he said. “When we have any national event, that event in terms of various stakeholders they will run their own process of in terms of security in and around Parliament.”

Asked specifically about the presence of SSA operatives in Parliament this week, Mgidlana said:

“They [SSA] would have been here and they would have performed their duties.”

Asked specifically about the rumoured deployment of 6,000 police for SONA 2017, Mgidlana said:

“We don’t know. We have never known, as Parliament, how many operatives are deployed outside Parliament. We can’t confirm 6,000. We can’t deny.”

Nor did Mgidlana comment on claims of a significant extension of the “red zone”, or the area restricted to pedestrian and vehicular traffic in central Cape Town, saying this was determined “by those responsible for such determinations”.

Earlier in the media briefing, Mgidlana outlined meetings of “all stakeholders”, including SSA, SAPS, the South African National Defence Force (SANDF), the Presidency, the Department of International Relations and Co-operation (Dirco), justice, the Western Cape government and City of Cape Town. Planning is conducted through a series of teams reporting to an overarching structure that, according to the Secretary to Parliament, were working well together to ensure “a good event, a good occasion for the president (delivering the address) and the nation…”

But it was not clear who was actually in charge of co-ordinating the arrangements. During the hour-long briefing the parliamentary protection services, who are meant to be in charge of the parliamentary precinct by policy and by law, were not mentioned once. Instead Mgidlana at one stage during Thursday’s briefing pointed out that Parliament did not have “the requisite legal or requisite functional capability”.

Describing SONA as “an event of the people”, Mgidlana dismissed concerns about the level of security arrangements.

“The securitisation of Parliament is false, is not correct and has no foundation at all,” he asserted.

However, Daily Maverick understands that Wednesday’s chief whips’ forum was deeply at odds over what one parliamentarian has described as “completely over the top” security arrangements that were “more draconian than what happened during apartheid”.

Security arrangements for SONA have been a hot topic since 2015, when a jamming device near the media gallery disrupted cell phone signals and delayed proceedings of the joint sitting. State Security Minister David Mahlobo apologised, blaming an oversight by a junior operative, an apology accepted by Parliament, which then closed the book on that chapter. At a media briefing on the debacle National Assembly Speaker Baleka Mbete publicly acknowledged that Parliament had been briefed by parliamentary officials and directors-general, including those from the security cluster.

“We became aware there was a plan for certain equipment to be deployed without necessarily knowing details because it was an item dealing with what measures had to be taken for the protection, in particular, of the head of state and the deputy president,” she said. National Council of Provinces (NCOP) chairperson Thandi Modise added: “The words they used was ‘somebody has some machines’. Now we did not get into understanding that because, surely, if the understanding was that there was going to be scrambling, we would have wanted to know.”

Mgidlana is on the public record as underplaying security measures as far back as SONA 2015 when, aside from the signal jammer, public order police, colloquially known as riot police, were drafted into a “high risk” unit. The members of the unit, dressed in white shirts and black trousers like waiters, evicted EFF MPs who had questioned President Jacob Zuma’s right to deliver the address, given the Nkandla saga.

At a media briefing ahead of SONA 2015, Mgidlana told journalists that “no extraordinary” security measures were in place, but declined to give details.

“In terms of safety and security, this is a high-level event. All three arms of state are present… So security measures consistent with this have been put in place by the security services,” he said then.

Ahead of SONA 2016, which again saw disruptions, Mgidlana said:

“We have to do things within the law. What we are expecting from all (security) agencies is to act within the ambit of the law. That assurance is there. We are quite confident,” he said. “We are planning for a successful event… an event free from any eventuality.”

How SONA 2017 turns out next Thursday remains to be seen. DM

State-owned entities: Why the state should (mostly) get out of business

Before embracing 4IR, our schools must get the basics right

Ufrieda Ho for Spotlight
Save 7 mins