Afcon 2017: The uncomfortable relationship between sport and strife 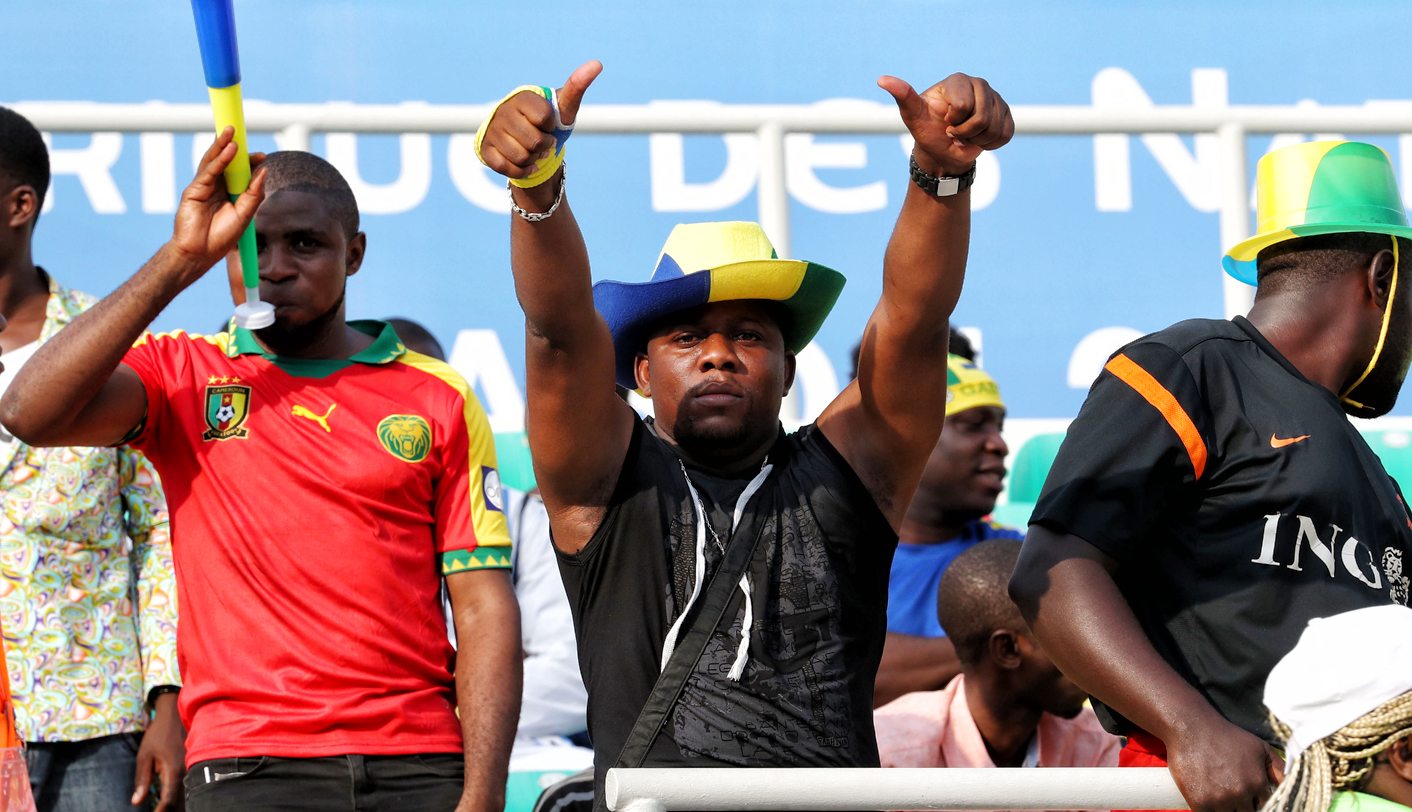 Amid the on-field fanfare at the Africa Cup of Nations, anti-government activists in host country Gabon have tried to raise the profile of their plight. Their calls for a mass stay-away has not been as successful as they might have hoped, but it doesn’t mean it’s gone unnoticed. By ANTOINETTE MULLER.

The Africa Cup of Nations in Gabon is drawing to a close and, as expected, it’s been one heck of a ride. On the field and off it, the tournament has delivered everything you expect an Afcon tournament to be. But sporting tournaments do not exist in isolation in the countries where they are held.

Those who insist that sport and politics can never be bedfellows obviously haven’t paid close enough attention. The two have been inextricably linked for years and the 2017 edition of Afcon has been no different. Away from the cameras and the fanfare, political activists have been trying to drum up support against the country’s dictatorship.

The country has been controlled by the Gabonese Democratic Party (PDG) since the 1960s and between 1968 and 1990 it was the sole legal party of the country. More pertinently, one single family has been in charge of the country since 1967. Omar Bongo ruled for 42 years until his death in 2009, only for his son Ali Bongo to take over from him.

This dictatorship has led to a number of disputed elections which, in turn, led to violence against opposition party members. As results were announced last year, Libreville was beset with protests and led to fears that Afcon might have to be moved elsewhere. Things eventually settled down, but activists mobilised to use the tournament as a platform to raise the profile of their ire.

In the lead-up to the tournament, they encouraged people to stay away with some taking to social media to show the burning of tournament tickets. On the day of the opening ceremony, protests fizzled, but three activists were arrested a few days later.

Members of Tournons La Page, or Turn the Page – the people behind the Afcon protests – have been fiercely opposed to the Bongo regime, but not everyone agrees with politicising a sporting event.

Herman Nkori, a Gabonese living in New York, said in an interview with Okayafrica:

“I struggle to think of an institution that is more politically intertwined than football.”

It is the constant contradiction of sport. We all know Nelson Mandela’s famous line about how sport has the power to change the world. In the build-up to the tournament, Gabon coach José Antonio Camacho hoped that the team would be able to do just that by uniting people through their performances. The host nation, however, crashed out of the tournament in the group stages and the tournament carried on its merry way, seemingly unaffected by protests.

In fact, if you’ve been passively following the action – and you aren’t familiar with Gabon’s government – you’d hardly know that pockets of citizens were unhappy. The only story about anti-government protests that really made its way into mainstream media was when hackers took down the Confederation for African Football’s (CAF) website as a show of solidarity. Another hacker group told the BBC that it had taken down the Total (the tournament’s chief sponsors) website last year.

Players are rarely asked to comment on political situations. Probably because journalists know the questions will be brushed aside or because players won’t comment out of fear of persecution or other form of backlash. The TV cameras will never pan beyond the concrete stands, but ignorance can no longer be an excuse in the age of social media.

The question then is whether fans and the media have any sort of responsibility when it comes to civil action when sport is being played in a country where there are quite obvious human rights abuses going on?

Bashi tells the Daily Maverick that events such as the Africa Cup of Nations can be used for an increased awareness.

“Major sports events offer an opportunity for civil society and fans to raise human rights concerns, because of the power of sports and their importance to a nation’s economy and sense of identity.

“Sometimes countries that flout international norms and seem impervious to external pressure scramble to appear as if they are improving their human rights records, in order to win bids to host events and use the events to market business and tourism opportunities. Africa Cup fans attending games in Gabon or watching them on television have a chance to learn more about the reasons that civil society activists called for a boycott of the games and, where appropriate, put pressure on their own governments to push for reforms,” she says.

The struggle of activists in Gabon might also have garnered less attention because, as Bashi points out, globally it is more difficult to get people to pay attention to issues in Africa.

But there is also the question of who is responsible for raising the profile of issues off the pitch. Football fans might be interested in football only, but it’s becoming increasingly difficult to look away, especially when countries in question are misappropriating funds for the benefit of hosting tournaments.

Amnesty International has a website dedicated to human rights abuses and sporting events and lists host nations, organising bodies, sponsors and any other companies involved in an event as potential parties who can be held responsible.

But governing bodies are becoming more aware of their responsibilities, too. Last year, Fifa commissioned and received a report telling them how to respond to human rights abuses in countries like Qatar. Whether the report will be implemented or not remains to be seen, but globally it does appear as if there is increased awareness around these issues.

Journalists on the sports beats are also becoming increasingly aware of the responsibility they have in terms of sharing the story beyond the score line.

And then there are the fans. There’s a reason why a mass stay-away is often called for as a means of protest by activists: it will make a very big statement. Yet, it rarely happens. While crowds in Gabon have been modest, fans certainly haven’t gone on strike.

In some cases, fans simply reconcile themselves with the fact that enjoying the spectacle might directly and indirectly contribute to the propaganda that allows men like Bongo to clutch on to power with their tiny little hands. Or perhaps they don’t see it as their responsibility because sport is the exact sort of thing many turn to as a distraction from these very realities it indirectly fuels.

So, we continue to watch everything from the Rio Olympics and the Rio World Cup, all while knowing the vast amounts of money spent for our entertainment while ordinary people suffer. Teams like Liverpool continue to grow their global support base, despite having displaced hundreds of families around Anfield. The World Cups in Russia and Qatar will, no doubt, be well watched across the world, despite serious human rights issues in these countries.

Gabon is not the first and certainly will not be the last country to host a major event amidst protest. One would hope, though, that the Africa Cup of Nations has raised the profile of the struggle instead of stifled it. DM

Photo: Gabon Fans during the 2017 Africa Cup of Nations Finals football match between Gabon and Guinea Bissau at the Libreville Stadium in Gabon on 14 January 2017 ©Gavin Barker/BackpagePix