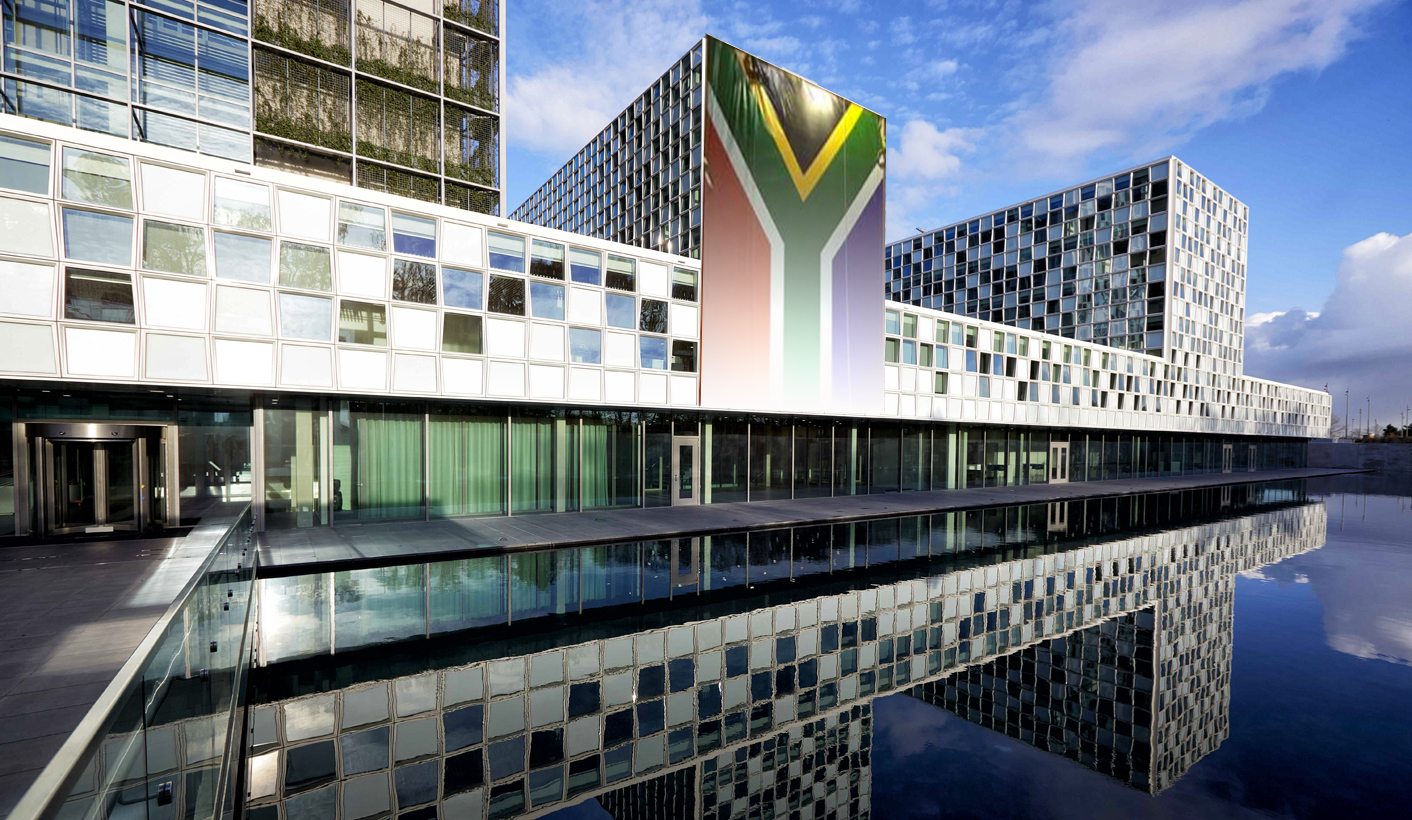 South Africa is forging ahead to withdraw from the International Criminal Court (ICC) as Parliament’s justice committee on Tuesday started considering the draft repeal legislation. As with the controversy over Sudanese President Omar al-Bashir’s visit to the country hosting the African Union (AU) in mid-2015 – government was taken to court for failing to arrest him on two ICC warrants of arrest for genocide and crimes against humanity – the parliamentary briefing was steeped in politics couched in the language of sovereignty, national interest and not being “a guinea pig for the ICC to induce regime change” by the majority ANC. By MARIANNE MERTEN.

The Implementation of the Rome Statute of the International Criminal Court Act Repeal Bill would formally remove the ICC founding law, the Rome Statute, from South Africa’s statute books.

After being one of the key supporters of the ICC, in 2002 Parliament domesticated the Rome Statute to make it one of the country’s laws, which in line with Section 231(4) of the Constitution is binding and must be enforced. Adopting the repeal Bill is a crucial and necessary step in South Africa leaving the ICC. While the executive may long ago have decided to exit the ICC, only Parliament as the national legislature can adopt or change laws.

The domestication of the Rome Statute into South Africa’s statute books created an interesting legal environment, canvassed before the courts since the Southern African Litigation Centre (SALC) in June 2015 brought an urgent court application for al-Bashir’s arrest, in subsequent government appeals and opposition parties’ legal challenges.

To put it simply: the Rome Statute effectively removes diplomatic immunity for anyone against whom there is an ICC warrant of arrest and obliges its signatories to make the arrest. As the Rome Statute was incorporated into South African law, it is binding on government. However, customary international law is interpreted as affording sitting heads of state immunity, as does South Africa’s 2001 Diplomatic Immunities and Privileges Act.

Justice Minister Michael Masutha on Tuesday told MPs this situation had placed South Africa in a position of being “a guinea pig for the ICC to induce regime change”. This was unacceptable, the justice minister said: “We have to make sure we do not commit ourselves to obligations that are inimical to our national interest.”

It was now up to the “conscience” of MPs to make their assessment. “We as the executive have exercised our prerogative… that South Africa will no longer be a member of the ICC.

“South Africa since the al-Bashir matter has had difficulty in attracting the official visits of several heads of state given the legal uncertainty this legal situation has created,” said Masutha.

When al-Bashir was attending the June 2015 AU gathering at the Sandton Convention Centre, government was caught out amid what appears to be changing winds of international policy. It is on public record that the Sudanese president was advised not to take up the invitation to the 2009 inauguration of President Jacob Zuma, and again in 2010 not to attend the Fifa World Cup. But in 2015 it seems official attitudes had changed and al-Bashir was welcomed into the country.

Throughout Tuesday the focus was firmly on “private people taking a whole government to court” because they had the resources to do so. And while Masutha later told Daily Maverick the repeal Bill was not brought out of any embarrassment by government, the strong and often blunt attitudes within the governing ANC towards the SALC and civil society intervention in the al-Bashir controversy emerged clearly during last year’s interviews of public protector candidates.

Called on to withdraw the comments, he refused.

On Tuesday the opposition DA, Cope and the African Christian Democratic Party (ACDP) questioned the motivation for withdrawing from the ICC. But ANC MPs appeared to read off a carefully crafted script in support of withdrawal in the interest of South Africa’s national interest and sovereignty.

“We need to move with this… as fast as possible… The national interest is very important,” said ANC MP Bongani Bongo, with fellow ANC MP Chana Pilane-Majake adding: “We have a right to sovereignty.” Emphasising that government remained committed to peace and justice, ANC MP Moloko Maile said, “I think Cabinet did the right thing”, a sentiment echoed by his party colleague Loyiso Mpumlwana: “[The executive] does not have to consult Parliament. Now it says: remove this Act. I don’t know what we are arguing about.”

The ANC MPs also raised the apparent lack of ICC investigations outside Africa, including questions as to why former British Prime Minister Tony Blair has not been charged despite the killing in the war in Iraq.

Such arguments have featured for some years in the circles pushing for African countries, which represent about a third of the ICC’s 124 signatories, to exit the ICC. This push largely has been driven by Kenya, whose President Uhuru Kenyatta and Deputy President William Ruto had been charged in connection with the post-2007 election violence that left 1,200 Kenyans dead and an estimated half a million displaced. Amid claims of witness interference, charges were first withdrawn against Kenyatta in December 2014, and against Ruto in April 2016.

However, steps for South Africa to leave the ICC come at a curious time as the mass exodus from the ICC has been mired in unresolved debates and yet to get off the ground. Countries like Nigeria, Botswana, Senegal, Cote d’Ivoire and Tunisia argued against it at last year’s AU gathering in Rwanda. The issue is back on the agenda of the current AU meeting, but pushback is again anticipated.

Masutha told Daily Maverick that other countries in the AU were “entitled” to their views. And he re-iterated earlier comments that no other African country has yet to find itself in the situation where a non-governmental organisation took a government to court over a sitting head of state.

Burundi in October 2016 became the first country to formally start the process of leaving the ICC when, following parliamentary approval, President Pierre Nkurunziza signed the necessary law. The Financial Times, and others, reported at the time that the move came amid a preliminary ICC probe into hundreds of deaths during politically-motivated violence linked to Nkurunziza’s decision to seek a third term in office against the agreements that ended a 12-year civil war in 2005.

South Africa on October 19, 2016 notified the United Nations of its intention to withdraw from the ICC – a process that takes a year – and tabled this before Parliament in a letter dated November 3, 2016, signed by State Security Minister David Mahlobo in his role as acting international relations and co-operation minister.

The memorandum accompanying the instruments of withdrawal, as it’s known in the jargon of international relations, is heavy on South Africa being “committed to the protection of human rights and the fight against impunity”. But it also states that the Rome Statute, and thus the ICC, “will hinder it [South Africa] to achieve its foreign policy objectives as it will compromise South Africa’s efforts to promote peace and security on the African continent and to play an essential part in international peacekeeping missions in Africa…”

With the ICC only one tool in international relations, the memorandum highlights South Africa’s view that within the AU, the African Court of Justice and Human Rights in Arusha, Tanzania, “must play a crucial role in the fight against impunity”.

Of course, that court has never been fully operationalised since its establishment over 10 years ago. It’s one of the reason African countries have gone to the ICC, which can only take on cases referred to it by member countries.

On Tuesday there was talk of draft legislation to give expression to South Africa’s commitment to human rights, peace and justice. But such a Bill, or Bills, were not tabled with the one repealing the ICC founding statute to back up such talk. Opposition parties pointed out there was no guarantee the issue of immunity for sitting heads of states would be dealt with.

Regardless of contemplated bills, the pressure is on. In April the South African government has a date with the ICC to explain its failure to execute the warrants of arrest against al-Bashir. If Parliament passes the Implementation of the Rome Statute of the International Criminal Court Act Repeal Bill before then, it would be the perfect justification not to have to show up. The clock is ticking. DM