Health-e News: DIY test for HIV comes to a pharmacy near you 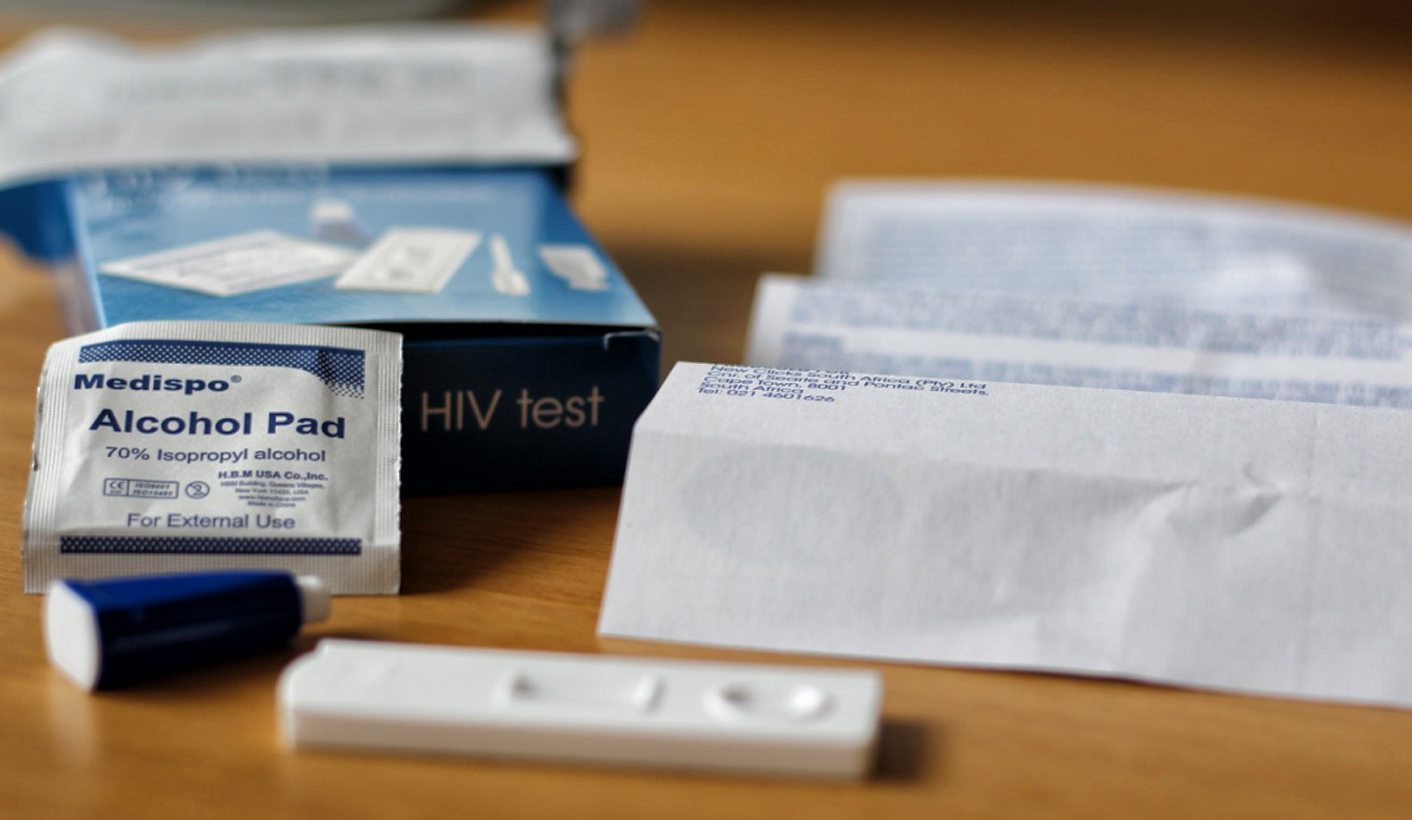 It’s as simple and easy as a home pregnancy test. HEALTH-E NEWS writer Amy Green went through the process of self-testing for HIV.

For R59.95 South Africans can now purchase an HIV testing kit from a local pharmacy and screen themselves for infection in the privacy of their homes – effectively by-passing the health system altogether.

Although this seems simple, up until late last year pharmacies were prohibited from selling these products despite overwhelming evidence from multiple countries showing that this testing strategy is an efficient addition to national HIV programmes.

One of the reasons it has taken so long for South Africa to get on board is that many have historically raised concerns about the need for counselling when testing for HIV – something that can’t really be enforced when testing at home.

In a radio interview with Redi Tlhabi on Talk Radio 702 last Monday, South African Pharmacy Council Registrar Amos Masango told listeners that, as a compromise, pharmacists need to provide information to people at the point of sale.

This information should include the fact that the take-home kit is only a screening test and can’t be relied on for a final diagnosis – patients need to confirm their results at a health facility. Second, pharmacists need to advise patients practically on how to use the test.

In an effort to test the system, last Wednesday I went to a local private chain pharmacy in Rosebank to check up on whether or not pharmacists were, in fact, complying with the requirements outlined by Masango.

I asked the smiling young man behind the counter for an HIV test and waited for him to fetch it from the back of the pharmacy. He handed the small blue box to me while I paused for a second, imploring him with my eyes to provide me with this information. But he was already focused on the customer behind me in the queue.

I walked back to my office, pleased with myself, as I had an angle for a story: in practice, at least some pharmacists were not doing what they should.

But after reading through the literature I realised this was a small-minded view and a potentially counterintuitive ask: Why should pharmacists be burdened with counselling patients on the ins and outs of an HIV self-test when the same is not asked for other similarly serious or life-changing conditions for which rapid screening tests are freely available? Take pregnancy or prostate cancer self-tests, for example.

According to Professor Francois Venter, Deputy Executive Director of the Wits Reproductive Health and HIV Institute at the University of the Witwatersrand, arguments against the sale of home-testing kits in the past have included the risk of unmanaged anxiety and the potential for suicide because of the absence of pre- and post-test counselling.

“Similarly to HIV, pregnancy can be considered to be a sexually transmitted condition with profound life-long implications with a risk of stigma – especially if the person involved is young. A positive result might be traumatising, yet pregnancy tests are sold right off the shelf with no questions asked,” he said.

It has been argued that treating HIV and AIDS with this kind of “exceptionalism”, which was borne of the need to guard human rights, might, ironically, serve only to entrench any stigma even more.

Venter said that instead of placing unnecessary extra burdens on pharmacists, and creating additional barriers to care, emphasis should be placed on ensuring that the tests are of high quality and include clear instructions about how they should be used.

“They should also clearly indicate that it is just a screening test and that the result needs to be confirmed at a health facility,” he explained.

Should patients feel anxious about the results and unwilling to go immediately to such a facility they can call the toll-free National AIDS Helpline (0800 012 322) for counselling and advice.

Venter was part of a research team that recently completed an evaluation of the helpline and, he said, it’s “a useful resource and they are doing a really good job”.

On November 29, 2016, the World Health Organisation (WHO) published guidelines on self-testing, recommending that it should be offered in all countries as an additional approach to HIV testing services.

The WHO said that self-testing may be a novel approach to increase testing rates in previously under-tested communities, especially men, adolescents, men who have sex with men and other key populations.

It reviewed the available evidence for home-testing and found that self-testers got as accurate results as trained health workers. Blood-based tests, like the one I bought, had a sensitivity (a measurement of the accuracy of results) of between 96% and 100%.

According to the WHO, home-testing “represents another step in line with efforts to increase patient autonomy, decentralise services and create demand for HIV testing among those unreached by existing services”.

A key finding, which Venter said is particularly relevant for South Africa, was that self-testing – compared to facility-based testing – can increase the uptake and frequency of testing among male partners of pregnant women. It was also not associated with any increase in risky sexual behaviour or other social harms.

Venter said that men have lower rates of HIV testing, use of antiretroviral drugs and higher rates of non-adherence to treatment than women.

“When we’re treating a largely heterosexual epidemic like in South Africa and we’re largely treating only one half, women, and not enough of the other half, men, we are not interrupting the spread of HIV. We are not realising the benefits of using treatment as prevention,” he said.

Men are less likely to go to clinics to be tested and while there are a number of theories about why this is so, Venter thinks that many men feel uncomfortable in our largely female-dominated health system.

“Most health workers are women and women are usually experienced in accessing health services for contraception, pregnancy and when taking their children for immunisations, for example. For many men, it’s a scary and unknown place.”

Self-testing, he said, can be very useful for the proportion of men, as well as women, “who want to test in the privacy of their homes and confirm their results with a health provider afterwards”.

“It’s not a magic bullet that will solve all our problems but it will allow people to take control of their own health rather than solely be at the mercy of a health system that is not always efficient, friendly or geographically accessible.”

Venter said the Pharmacy Council’s statement last week was “premature and poorly thought through”, but added that pharmacists should indeed be able to answer any questions patients might have about self-testing for HIV.

According to Andy Gray, senior lecturer in pharmacology at the University of KwaZulu-Natal, the Pharmacy Council’s new recommendations, published on December 23, 2016, are still in draft form and are open for public comment (for 90 days).

He said the recommendations, in fact, are worded to avoid “overly bureaucratic approaches” that have been a problem in the past and “the proposed onus is on the pharmacist to make such information available on request, but not to follow a ‘cookbook’ approach”.

The historic exceptionalism surrounding HIV issues had created a bizarre legal loophole where up until late last year HIV self-testing kits could be sold by supermarkets in South Africa but not by pharmacies.

Venter and Gray, together with HIV researcher Marlise Richter, posed a question in a 2010 South African Medical Journal article which I argue, in the context of Masango’s comments last week, is still relevant today:

“What is it about HIV in 2010 that encourages medical, ethics and activist bodies to respond to HIV self-diagnosis with such alarm and conservatism?” DM