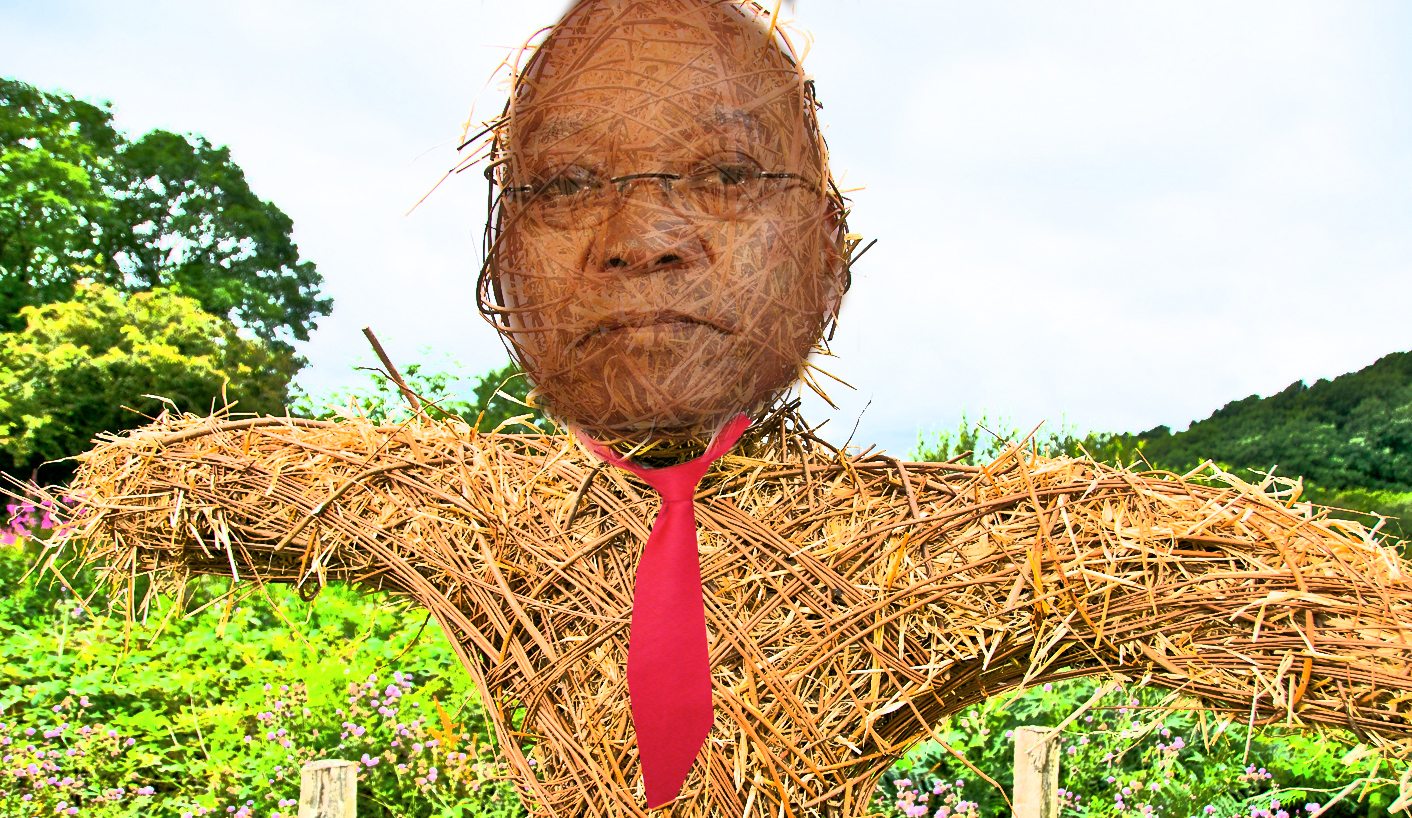 The ANC national executive committee (NEC) ended three days of debate on Monday evening after a motion to recall President Jacob Zuma as state leader was tabled on Saturday. The rebellion is unprecedented under Zuma's leadership, but the party will only announce on Tuesday afternoon whether Zuma now will be a former president. By GREG NICOLSON.

Journalists from most of the country’s media houses, plus a number of international publications, sat on a dusty Tshwane hill on Monday discussing what might happen to Zuma. The president’s convoy had recently entered the ANC’s venue of choice, Saint Georges Hotel in Irene.

“He’s the Teflon Man! Just think of all the things he has survived just this year.”

“Can the ANC even self-correct? Agh, the ANC; can you trust any of these politicians!”

“Twitter said Zuma’s lost the balance. No, I mean, I saw it said he has the majority behind him.”

As the journalists congregated in patches of shade, keeping an eye on the cars entering Saint Georges, two hundred meters away in a plain conference room, the ANC NEC was deciding on a motion brought on Saturday by Tourism Minister Derek Hanekom for Zuma to step down as president of South Africa. Hanekom has been supported by Public Works Minister Thulas Nxesi and Health Minister Aaron Motsoaledi, along with a group of NEC members the anti-Zuma clique had been lobbying.

The NEC debate reportedly centred around whether the motion should follow ANC tradition and be resolved through reaching consensus or whether it should be put to a vote and whether that vote should be held in secret. Many of the NEC members rely on the president’s prerogative to keep their positions in government and it would be unlikely an attempt to remove him would succeed unless NEC members could vote in secret.

You can’t take a phone into NEC meetings, so outside the event, journalists had little to go on, apart from that the meeting, which was extended on Sunday into Monday, was continuing, suggesting the debate was unresolved.

“No dumping,” read a sign by the journo hangout, a strip of road with trucks pushing past. They watched a BMW enter the hotel, an Audi leave. The merits of how the different political parties treat the media were discussed. A tarpaulin was stretched between a fence and two cars for shade. A selfie stick emerged. Someone realised the tragic media camp didn’t even have a toilet.

One wondered: Would we see Hanekom, Nxesi and Motsoaledi emerge from the venue on foot, looking to split an Uber if Zuma had on the spot decided to reshuffle Cabinet?

Then something happened! Traffic was stopped and a row of VIP Protection Unit vehicles swung into the street. Everyone was sure it was Deputy President Cyril Ramaphosa, until it was confirmed it was Zuma leaving the event to meet Ugandan President Yoweri Museveni. The journalists rushed to film the president’s convoy, to film something.

What does it mean! Was Zuma going to meet Museveni, who has ruled Uganda for 30 years, to ask how to stay in power, how to deal with opponents? Was he seeking asylum? Was the president so confident in the NEC debate he was able to dip out? Was it so bad he had to leave?

The sun burnt and information from the meeting was shaky, at best. Journalists smoked as though the more puffs they’d take, the closer they’d be to a story. Some just slept. There was an interesting ditch, every car a new story of navigation. Slow Times at ANC High. We calculated how long it would take for every ANC NEC member to talk for an hour, how long the meeting could go for.

The sun began to set and a convoy of black BMWs with blue lights snaked around a distant corner. It was sickly beautiful, like a car ad, or an expression of power unmitigated. Zuma was back from his meeting with Museveni. According to the presidency, they were “expected to review bilateral cooperation between their two countries as well as the latest regional political and security developments on the continent.”

A new discussion began on what his return meant and the technicalities of removing a president and whether JZ could once again rise from the ashes to take the throne. Then it got dark. Some journos slept, again. Others got food. Cameramen stayed by their cameras. “But what are we doing?” one asked in the midst of a conversation on the opportunity costs of camping outside Saint Georges Hotel on a Monday night at 9pm.

Then came an email from ANC spokesperson Zizi Kodwa: “The African National Congress invites members of the media to a media briefing on the outcomes….” Scroll to the end: A media briefing at 2pm at Luthuli House on Tuesday. The country would have to wait once again for the day few people believe will come any time soon, for a post-Zuma future, about something more than scandal.

“See you tomorrow!” Journalists embraced the delirium before tackling the ditch one last time. DM