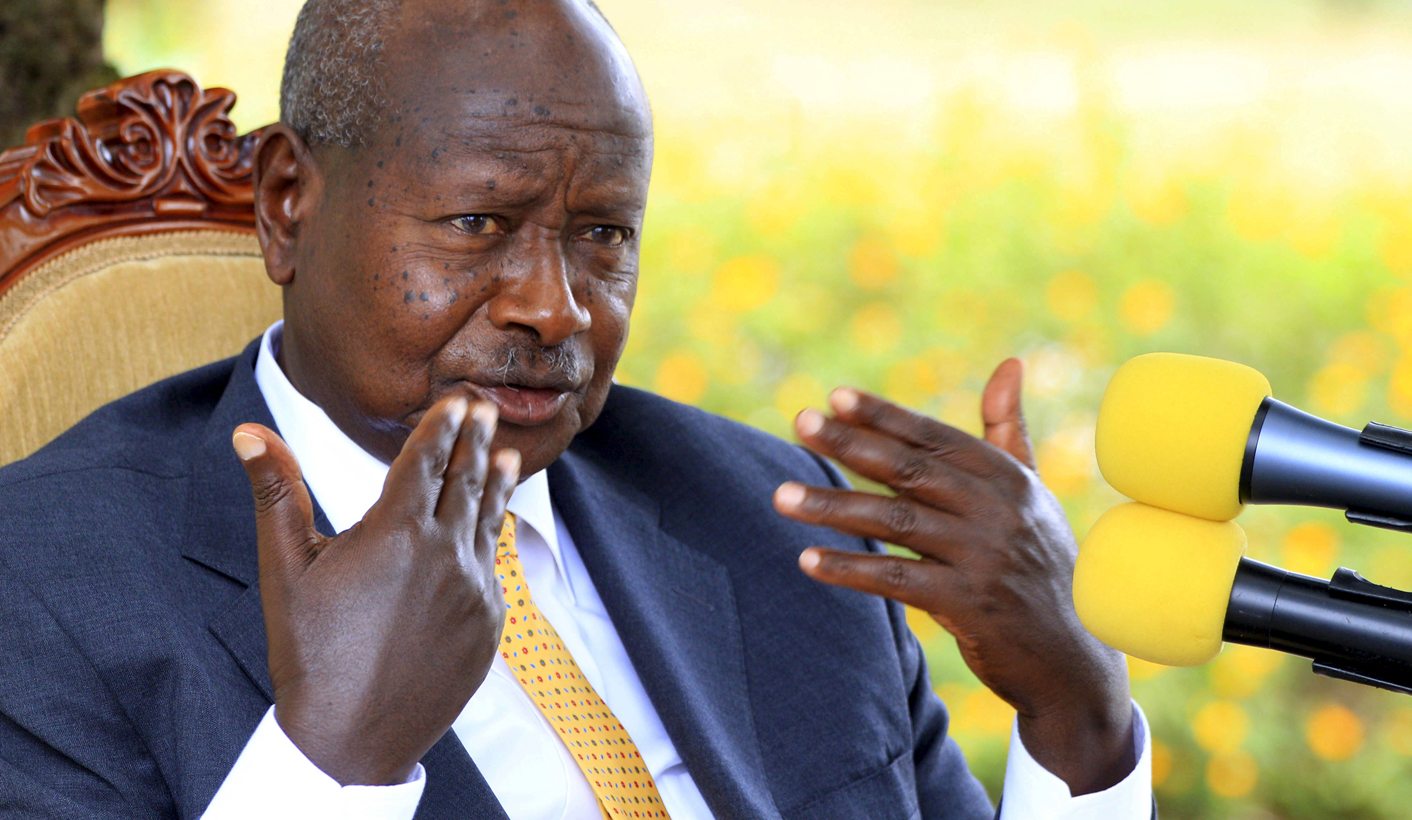 Presidents Jacob Zuma of South Africa and Yoweri Museveni of Uganda must have had plenty to talk about at their bilateral meeting in Pretoria on Monday afternoon. While Zuma is fighting for his political life, Museveni is under fire after his police clashed with a traditional kingdom this weekend, leaving at least 62 people dead. By NJERI KIMANI.

At least 62 people have been killed in clashes in the Kasese area of Western Uganda as police clashed with a militia group loyal to a tribal king. Among the dead were 16 police officers and 46 rebels, with an unknown number of people nursing various injuries, including serious cuts.

The ugly fighting erupted after forces loyal to nurse-turned-king Charles Wesley Mumbere of the Rwenzururu region attacked security forces this weekend. Mumbere has been fighting to create a new republic on the border with the Democratic Republic of Congo (DRC), which borders his kingdom. The region is home to the BaKonzo people, who have been vocal supporters of opposition leader Kizza Besigye.

Mumbere, a longtime critic of President Yoweri Museveni, was arrested by Ugandan forces after his palace was stormed on Sunday evening.

Police spokesman Felix Kaweesi said fighters linked to the royal guards had attacked patrolling police officers and soldiers with the Uganda People’s Defence Force (UPDF) on Saturday. According to Kaweesi, the guards threw improvised grenades which exploded and injured one of their soldiers. In retaliation, the security forces shot and killed four of the guards, thus triggering the current war in the area.

“They were armed with guns, spears and improvised explosive devices. A police vehicle was also burned at a security post. When our soldiers were attacked we clearly had to react,” he added.

Brigadier Peter Elwelu of the Ugandan army said that Museveni had on Sunday called the king and asked him to disband the guards in an hour, and after the time elapsed he had extended it by two more hours. However, the king was reluctant, forcing security forces to storm the palace, leading to the arrest of the king and many of his supporters.

Clarence Bwambale, Rwenzururu Kingdom spokesman, claims that several of the guards had been killed after the government gave an order to disband the royal guards immediately.

“It was impossible for us to disband the guards in one hour’s time. Several of our guards have been killed after the government gave out the order. The army and police raided the place and attacked our guards after that time elapsed,” he added.

Bwambale distanced the kingdom from participation in recent violence. He said that they were not involved in the original clash between the police and the militia that triggered the violence.

King Mumbere has echoed this sentiment, saying that his supporters were not involved in the fighting. He remains in custody.

The Rwenzururu Kingdom is a traditional monarchy and hosts the BaKonzo people. It has harboured secessionist dreams since 1962, when they declared a kingdom separate from Uganda proper. Mumbere was crowned king in 2009, having served as a nurse in the United States for years before being crowned.

He inherited his kingship when his father Isaya Mukirania Kibanganza, a former primary school teacher, died while leading a secessionist group into the Rwenzori Mountains in protest of the oppression of the BaKonzo.

In February, Museveni said that Uganda will not lose even a piece to any secessionist movement. This weekend’s fighting suggests he was serious, no matter how bloody the consequences. DM