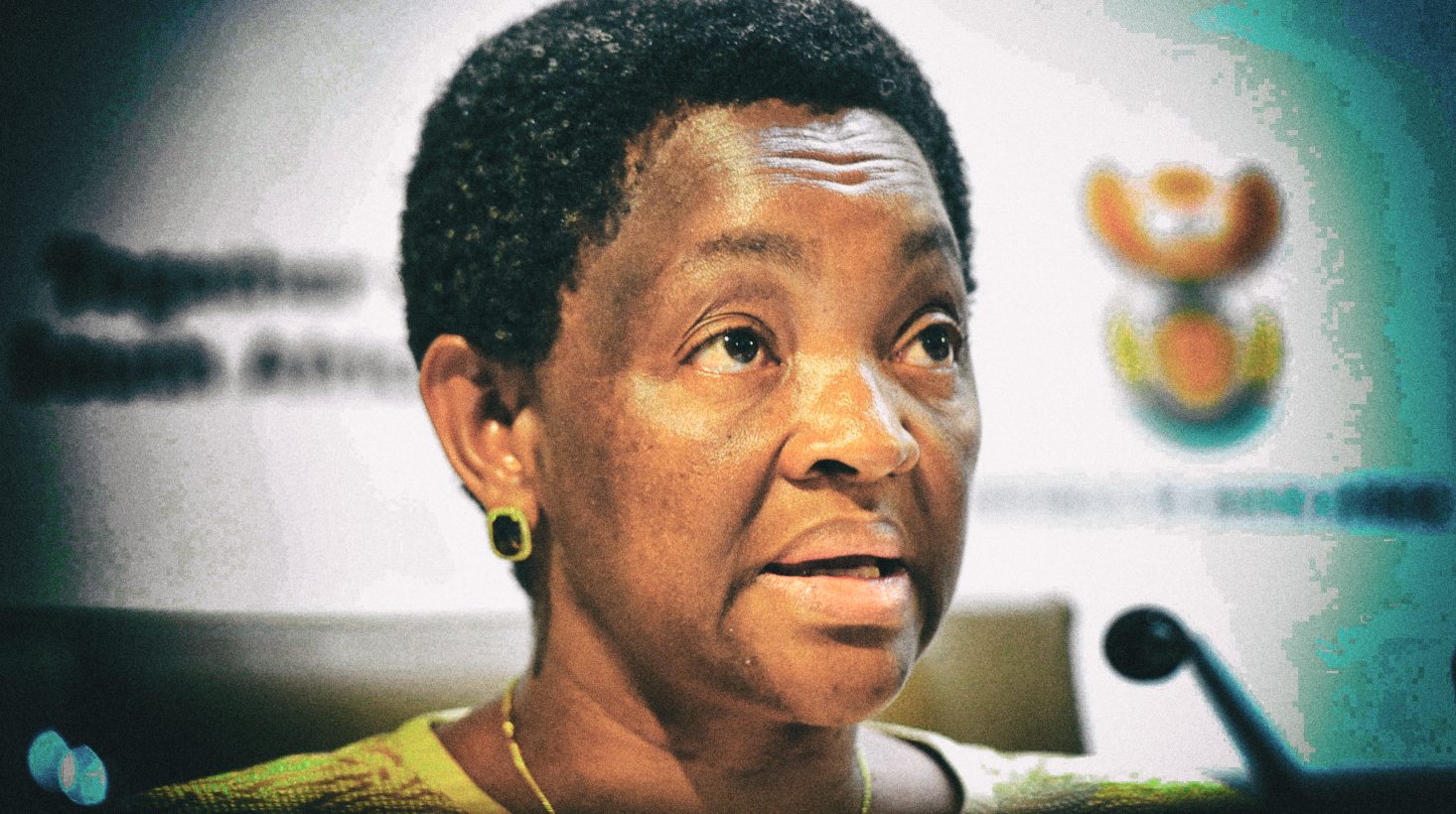 A submission by the South African Social Security Agency (SASSA) to Parliament’s Standing Committee on Public Accounts (Scopa) with regard to a R316-million irregular payment to Cash Paymaster Services turned into a farce on Wednesday as officials fudged tough questions, blamed former officials and generally indulged in a game of Olympics-grade buck passing. Even more alarming was Minister of Social Development Bathabile Dlamini’s presentation. Among other things, she admitted wasting around R1-million after failing to pitch up at a planned event because she had been “redeployed” by President Jacob Zuma at the time. Dlamini seemed to have no clear grasp of the status of the crucial April 1, 2017 handover to SASSA by Cash Paymaster Services of responsibility for the distribution of R10-billion a month in social grants to 17-million recipients. By MARIANNE THAMM.

The last time the South African Social Security Agency (SASSA) and officials from the Department of Social Development appeared before Parliament’s Standing Committee on Public Accounts (Scopa), officials begged for more time to prepare a presentation on progress related to the crucial take-over by April 1, 2017 of social grant payments to around 17-million vulnerable South Africans and worth R10-billion a month.

The date came, the officials didn’t pitch. They were at a conference in Panama.

On Wednesday, however, SASSA, officials from the Department of Social Development as well as Minister of Social Development, Bathabile Dlamini, arrived to face a roasting of note from members of Parliament’s Standing Committee on Public Accounts (Scopa) with regard to the around R1-billion in irregular, fruitless and wasteful expenditure incurred by SASSA.

R1 BILLION – let that sink in and try to imagine just how much those who need it most could have benefited from the funds.

Committee members on Wednesday also took the opportunity to quiz the Minister on SASSA’s preparedness for the April 1 takeover – but at the end of it all were none the wiser.

SASSA and Department of Social Development officials put in an abysmal performance in an attempt to explain aspects of the money pissed away in irregular, fruitless and wasteful expenditure. No-one on the committee seemed confident that these officials, tasked with implementing government policy aimed at taking care of the country’s most vulnerable citizens, took their mandate or their jobs seriously.

“You are putting nothing here on the table,” angry ANC committee member Mnyamezeli Booi snapped at one point.

Committee members used the time with all the relevant officials in the same room to probe whether the April 1 roll-out was on track and if so whether anyone could provide a detailed plan.

With the clock ticking one would imagine that this would be a matter of utmost urgency. Yet Minister of Social Development Bathabile Dlamini, in her presentation on Wednesday, fudged questions, saying that her “wish” was that “SASSA will control the system from April 1”.

Someone send her a lamp to rub.

Members also wanted to know whether the already unlawful tender with Cash Paymaster Services would simply be rolled over but Minister Dlamini could not provide any satisfactory reply.

SASSA and the Social Development department appear to be serial offenders when it comes to the eternal rolling over of irregular tenders due to sheer incompetence, indolence and inefficiency. On Wednesday the committee heard that irregular expenditure of R414-million for physical security services to seven preferred security companies occurred because tenders were simply extended on SEVEN occasions.

“Why did it take you four years to get the documents?” a clearly annoyed Scopa chair Themba Godi asked SASSA CFO Clifford Appel.

Appel had no answer.

SASSA’s newly appointed CEO, Thokozani Magwaza, initially confidently stated that he would take full responsibility for the agency but was later seen wiping his brow as committee members hammered officials about tardy performance and slack accountability.

Yesterday DA committee member Tim Brauteseth asked Magwaza whether Petersen would be explaining this to the committee and whether she was in attendance.

“No, she has left the department,” he replied.

Magwaza said that the next time SASSA reported to the committee “you will see a different story. People are going to be investigated and charged”.

Brauteseth then asked Hawks head, Lieutenant-General Mthandazo Ntlemeza, who attended the Scopa meeting, to investigate and charge Petersen as well as other officials who were fingered for alleged corruption but who had left without facing any consequences.

Minister Dlamini, however, had no such doubts about Petersen. In her foreword to the SASSA 2015/16 annual report, Dlamini said she wanted to record her “personal appreciation to the former SASSA CEO Fezile Makiwane [who later sued SASSA for R6.7-million] who guided the agency through its early years. We are equally grateful to Dr Virginia Petersen who stepped down in May this year after leading the Agency very ably, with pride, passion and insight as CEO.”

Other amounts that were queried by the committee on Wednesday were the R233-million spent on a lease paid to convicted fraudster and former Northern Cape ANC chairperson John Block as well at R74-million paid irregularly to audit firm SAB & T.

Another startling revelation by Minister Dlamini was that the department had lost around R1.1-million when she cancelled her attendance at a planned event at the last minute.

The minister seemed to think that her excuse that she had been “redeployed” by President Zuma (the event was due to occur a day before the Nkandla judgment) would wash with committee members, but it didn’t.

Chair Themba Godi was having none of it, saying Minister Dlamini’s office should have informed President Zuma’s office that she had a pre-planned event and that expenses (paid by taxpayers) would be incurred.

“Yes, yes, I was wrong not to check,” said Minister Dlamini, clearly hoping to move along swiftly.

At the end of it all the one individual – Minister Bathabile “Smallanyana” Dlamini – tasked with overseeing this massive service by government to the country’s most vulnerable citizens was mealie-mouthed and unable to answer even the simplest questions. This led, of course, to suspicions that the CPS contract will indeed simply again be rolled over. You don’t need to be a medium to predict costly future court battles in this regard.

And herein lies the rub. What good are excellent government policies when it comes to caring for the poor when there appears to be no political will to implement these at the very apex of it all? Batho Pele se ma se… DM