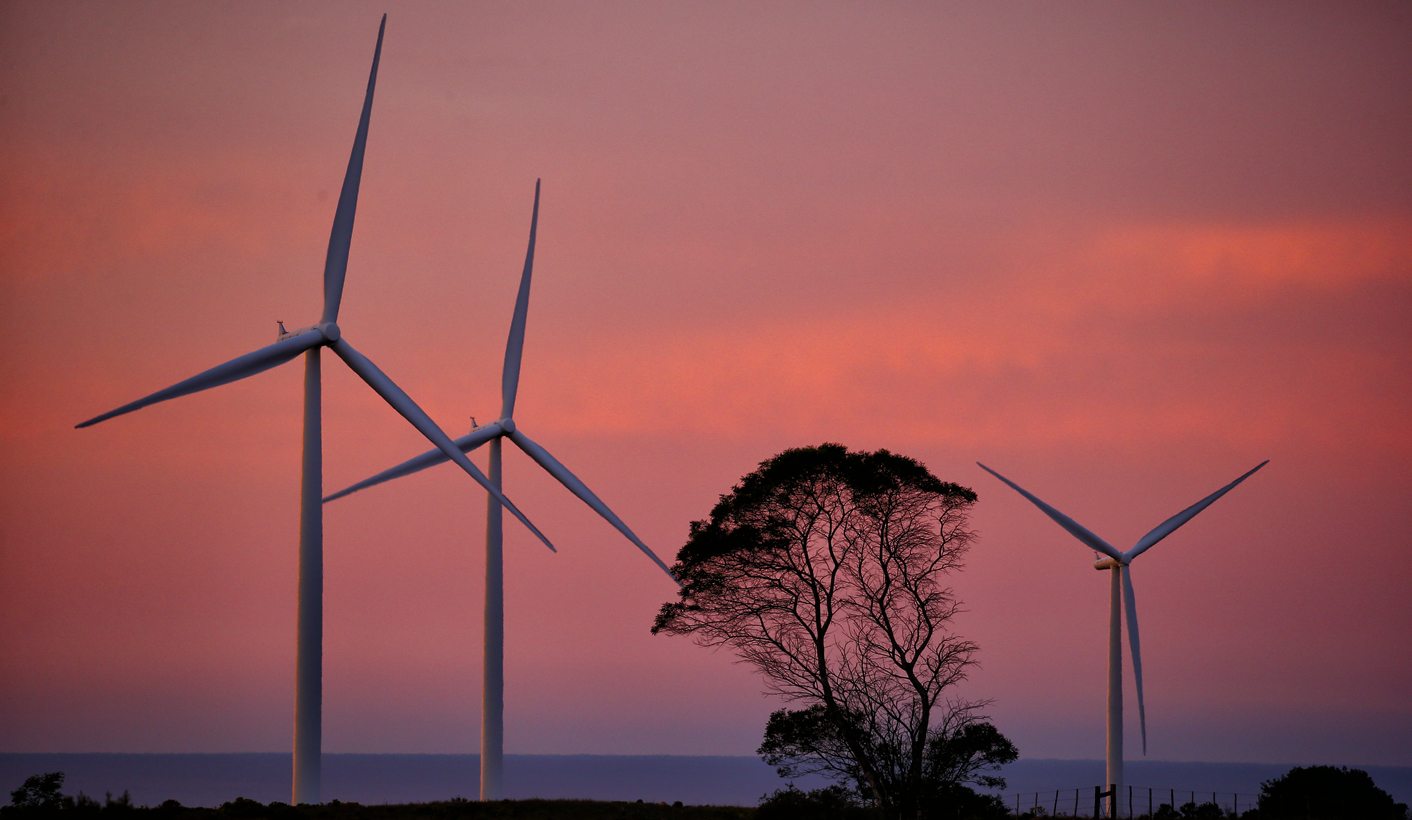 In the absence of an update to the outdated national Integrated Resource Plan for Electricity, IRP2010-2030, the CSIR Energy Centre has presented its own study to re-optimise the South African power capacity and energy mix from 2016 to 2040. By CHRIS YELLAND, investigative editor, EE Publishers.

The CSIR study by Dr Tobias Bischof-Niemz, Jarrad Wright, Joanne Calitz and Crescent Mushwana was presented at the Windaba 2016 conference in Cape Town on November 3, 2016.

The capacity and energy mix re-optimisation by the CSIR takes into account the considerably lower electricity demand forecast for the years ahead, the significantly reduced cost of electricity from solar photovoltaic (PV) and wind capacity, and South Africa’s international commitments to constrain CO2 emissions following the country’s “peak-plateau-decline” objectives.

Following a similar modeling exercise, and using the same software platform as that used by the Department of Energy and Eskom planners to prepare the IRP, the CSIR study in effect does what the long-awaited 2016 IRP Update should have done ages ago.

As such, the CSIR presents what it calculates to be the re-optimised, least-cost mix for new electricity generation capacity technologies for the years ahead to 2040, taking into account and updating all the necessary economic, electricity demand, technology cost and other assumptions. On September 15, 2016, at the second meeting of the Ministerial Advisory Council on Energy (MACE) since it was first conceived in June 2014, Minister Tina Joemat-Pettersson presented the 2016 Draft IRP Update report to her advisory forum of energy experts and stakeholders.

The minister sought MACE’s endorsement of the draft before its submission to the Cabinet, after which the minister indicated that it would be made available publicly for wider input and comment through a public promulgation process.

However, instead of simply endorsing the 2016 Draft IRP Update, the advisory body established a subcommittee comprising Prof Anton Eberhard, Dr Tobias Bischof-Niemz, Prof Johan van Dyk and Mr Mike Levington to analyse it fully, and to report back to MACE and the minister with its recommendations. In the meantime, submission of the 2016 Draft IRP Update to Cabinet and the public was delayed.

It is understood that the final recommendations of the MACE subcommittee were presented to MACE earlier this week.

In addition to updating the economic, electricity demand, technology cost and other assumptions, the CSIR study has removed the artificial capacity delivery constraints of approximately 1,000 MW per annum for solar PV, and 1,600 MW per annum for wind that had been applied in IRP2010-2030 and the 2013 Draft IRP Update (which was never accepted by the Cabinet), as well as the wind and solar PV restraints that exist in the 2016 Draft IRP Update.

The CSIR study shows that without these artificial and arbitrary annual constraints on the delivery of new solar PV and wind capacity, together with the reduced electricity demand forecast and the reduced wind and solar PV costs, the need for new coal and new nuclear power is completely removed from the re-optimised, least-cost mix for the years ahead to 2040.

At the same time, the increased role of PV, wind and gas in place of new coal and nuclear power in the re-optimised, least-cost mix, and the declining role of coal as Eskom’s old, coal-fired generation plant is retired, results in CO2 emissions that are some 60% lower than that of the “business as usual” scenario based on the 2016 Draft IRP Update assumptions.

Similarly, the avoidance of new coal power in the re-optimised, least-cost mix, and the declining role of coal as Eskom’s old, coal-fired generation plant is retired, results in a water usage some 60% lower than that of the “business as usual” scenario, with a saving of 40-billion litres of water per annum by 2040.

But, most important, the CSIR study shows that the re-optimised, least-cost mix for new generation capacity in South Africa between 2016 and 2040, with its emphasis on new solar, PV and gas, while avoiding new coal and new nuclear, would save some R330-billion over this period, rising to R87-billion per annum by 2040.

This would translate into a price of electricity some 18% lower per kWh if South Africa followed the re-optimised, least-cost mix proposed by the CSIR, as compared to that of the “Business as Usual” scenario based on the 2016 Draft IRP Update assumptions.

Dr Tobias Bischof-Niemz concluded by saying that solar PV, wind and natural gas now provide the cheapest new-build mix for the South African power system, and that a cost-optimal expansion should aim for a 70% renewable energy share of mix by 2040. He further argued that the building of the re-optimised capacities in the years to 2040 would provide a steady anchor off-take for a South African solar PV and wind manufacturing industry.

“Avoiding CO2 emissions and least-cost is not a trade-off any more – South Africa can decarbonise its electricity sector at negative carbon-avoidance cost”, said Dr Tobias-Niemz. DM