Onside/Offside: The SA Sports Awards, Mokoka’s hat-trick, an honour for Pauw and more 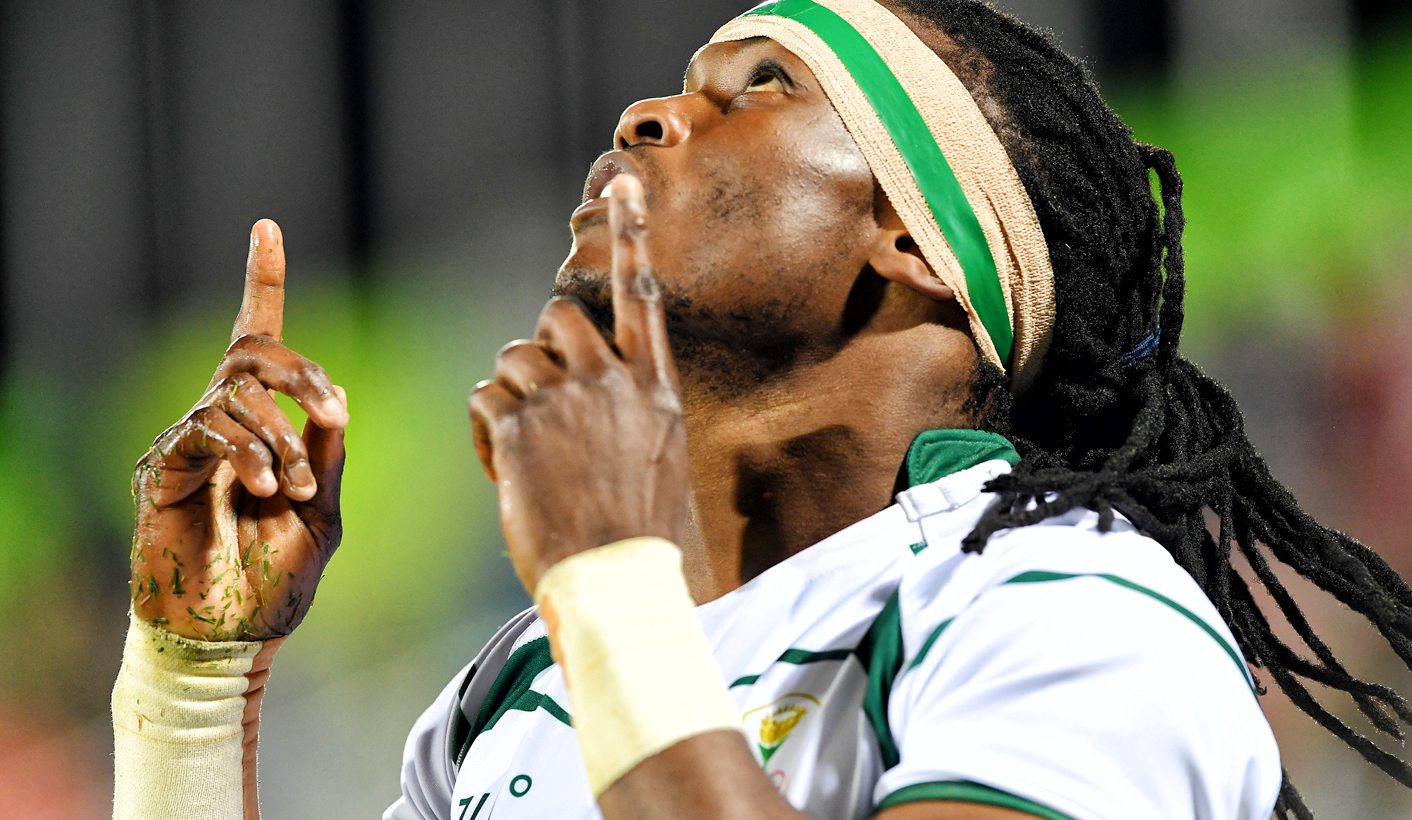 Another week has come and gone and while good news is in desperately short supply this week, we’ve tried our best to make this edition of Onside/Offside not entirely pessimistic. By ANTOINETTE MULLER.

Another sporting week has come and gone and there is quite a sporting weekend to come. South Africa are battling it out in Perth against the Aussies while the Springboks begin their European Odyssey with a little scrum and tickle against the Barbarians.

Over in Cape Town, there seems to be something in the water of the coaches of various sporting codes with Roger de Sá parting ways with Ajax and there seemingly being no end in sight to the impasse at the Cobras. Other than that, it’s been a completely dud week on the sporting news front when you compare it to the completely crazy political week South Africa is going through.

Seabelo Senatla is the only South African player to be in line for a World Rugby award this year. Senatla is short-listed as the Sevens player of the year, alongside Virimi Vakatawa (France) and Osea Kolinisau (Fiji). The speedster’s 66 tries in the 2015/16 World Sevens Series caught the eye of judges and that means he’s now in line for the gong for a second year in a row. Maybe if he wins he will give the award to Francois Hougaard to compensate for the Olympic medal Hougie handed over to him?

Offside: The SA Sports Awards – the befuddlement that keeps on giving

Speaking of awards, it will soon be time for that lavish waste of money known as the SA Sports Awards and there is one thing that really stood out – Temba Bavuma has not been nominated in any category. All nominees in the “Sports Star of the Year” category are very much deserving of their nod (Wayde van Niekerk and Caster Semenya are the other two), but what exactly is the definition of “star”? Is this category not for a sportsperson who made an impact – either with numbers or in the contextual sense? Think of when Portia Modise scooped the award in 2014, having the achievement of scoring 100 goals, beating Khotso Mokoena, Duane Vermeulen, AB de Villiers, Ernst van Dyk and Chad le Clos to the award.

This year’s “Sports Star” category had just three nominees, so it’s not as if Bavuma could not have been added to the list because of a numbers restriction. The diminutive batsman had a decent year with the bat, but an exceptional one in the South African sporting context, having become the first black African batsman to score a century in Tests and one-day cricket for the Proteas. Considering how much the Sports and Recreation Department bangs on about the importance of transformation, surely this achievement deserves some recognition? When this point was raised on Twitter a few folks suggested that perhaps a separate category is needed. Something like “newcomer of the year” or ‘breakthrough of the year”. We’ll settle for that.

This is a bit bittersweet, but Vera Pauw was included for the top 10 short list for Fifa’s “Best Women’s Coach” for 2016. Pauw was in charge of the team for two years and led them to Olympic qualification. But she called it quits after a disappointing campaign in Rio which saw Banyana Banyana eliminated in the group stages. She dedicated the nomination to her former players and staff. Pauw, though, didn’t leave on an entirely happy note. Pauw, like many others, complained about Sascoc’s treatment of the travelling party during the Olympics, according to a report on TimesLive. Pauw claimed that four players and four technical staff were left without accreditation and accommodation and that Banyana was the only team that could not “accredit their full squad”.

Over in Chile, Argentine forward Sebastián Pol was arrested after trying his best to impersonate Eric Cantona. Pol was playing for Audax Italiano, who lost 4-1 against Universidad Catolica. The striker appeared to get into a confrontation with a home fan and could now face up to two years in prison because of strict laws aimed at decreasing soccer violence.

Stephen Mokoka took his third Shanghai Marathon title in four ears over the weekend. The 31-year-old finished in 2:10:18, just over two minutes shy of his personal best and about two hours quicker than most of us could even think of running a 42.5km in.

Fatim Jawara, who was just 19 years old, lost her life while trying to cross the Mediterranean in search of a better life. Jawara was the national women’s football team goalkeeper and is believed to have attempted the crossing in September. Gambia offers a pretty grim reality for those who live there. According to the UN, 60% of the population live in poverty and a third survive on just $1.25 or less a day.

While South Africa struggle in the first Test against Australia, Bangladesh and the West Indies pulled off impressive wins. Bangladesh beat England by 108 runs to level the two-match series 1-1 while the Windies also managed an impressive win, beating Pakistan by five wickets in the final Test of their three-match series. It’s another reminder that, despite the best efforts from the big three to keep Test cricket as an insular little game for the elite, the natural ebb and flow will not allow this to happen.

Onside: Cubs win American cricket in the World Series that doesn’t include the world

Snide remarks aside, the Chicago Cubs beat Cleveland Indians to win the World Series after 108 years, just a year later than was predicted in the movie Back to the Future. Even if you know nothing of baseball, this report in The Guardian is worth a skim. Sport is amazing, man.

Offside: Now England rugby is moaning about the strain on players

You know how cricketers (and their coaches) whine about how much cricket they all play? Well, that pain is something that’s plaguing rugby too. Club rugby has pretty much already cannibalised the sport for all major nations, but now the Rugby Football Union wants fewer international fixtures scheduled after 2019. Their boss Ian Ritchie reckons the sport is treading a fine line between player welfare and economics. Please let nobody tell South African Rugby – they might just throw in the towel on international fixtures altogether in an attempt to fully bury their heads in the sand rather than fix what is wrong. DM