Cricket: Australia in control as Proteas given a rude a...

Cricket: Australia in control as Proteas given a rude awakening on day one in Perth 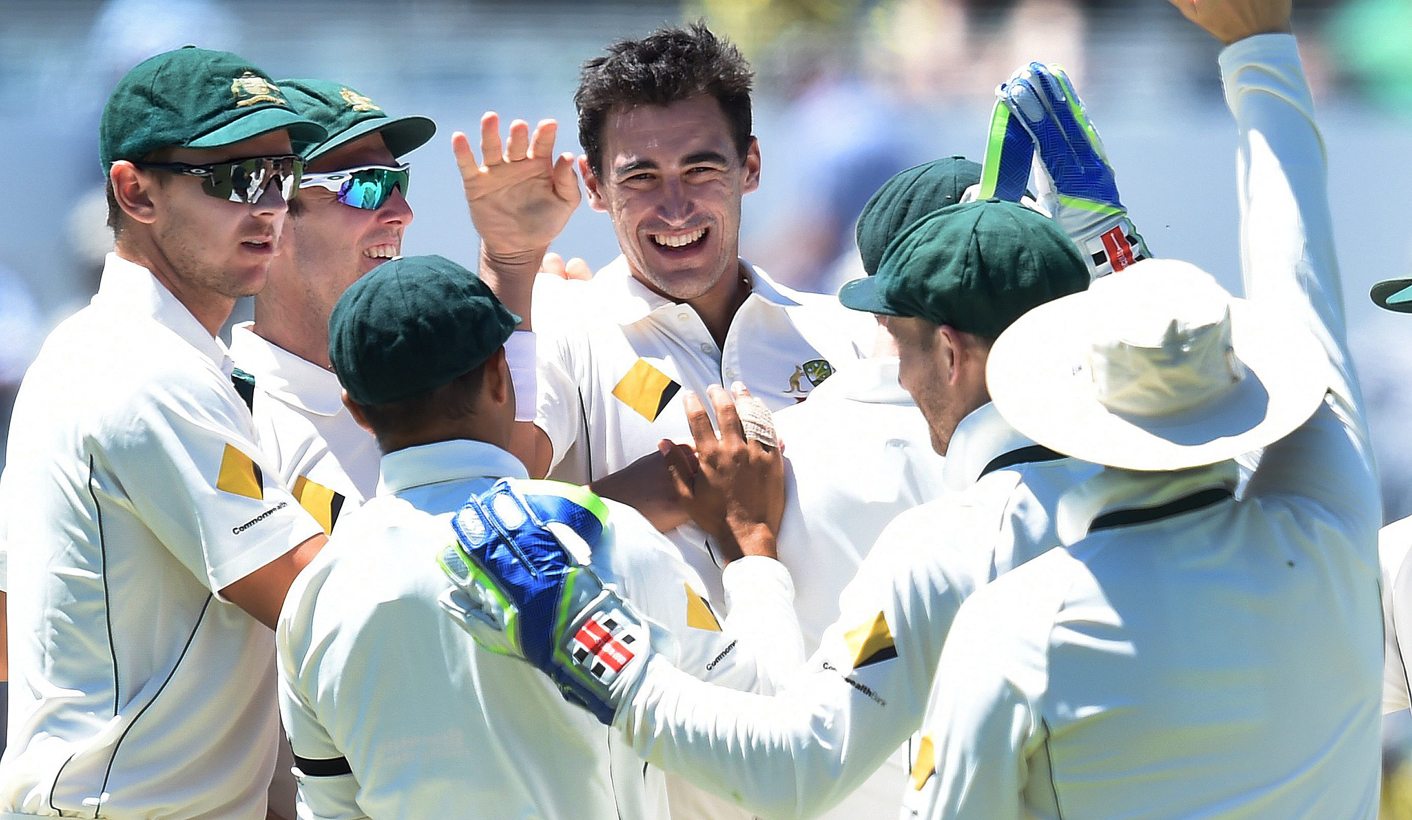 Nothing will humble and humiliate you quite like Test cricket. South Africa hasn’t quite suffered an all-out humiliation, but the first day of the first Test in Perth was one where everything went against them and every single blip looked like a sinkhole. By ANTOINETTE MULLER.

Rejoice, cricket fans suffering at the opposite end of the time zone. If day one of the first Test between Australia and South Africa is anything to go by, you’re unlikely to have five days of rising from your slumber at some ungodly hour.

The Aussies are in control, trailing by 137 in their first innings with all ten precious wickets still in hand. And that little line very much sums up what kind of a day it was for South Africa.

After the Proteas won the toss and elected to bat first, the two teams got on with it. Four wickets fell in the first session and a further three in the second as the tourists rolled along at a steady run-rate, which edged over and just under three-per-over for most of the day.

They were all out for 242 not long into the final session with only enigmatic Quinton de Kock’s 84 off 101 and Temba Bavuma’s 51 off 86 offering any sort of resistance. Even the anchor man, Faf du Plessis, failed to use a perfect platform to further lower his strike rate and managed nothing more than 37 and a perfectly respectable Test strike rate of 50.00. All things considered, it was a decent effort to recover from 32-4.

But compared to Australia’s innings so far, it tells a different story. Rest assured, not one South African will be impersonating trees any time soon, because leaves were few and far between. At a rough count, there were just 25 of them out of the 380-plus deliveries they faced. For comparison, Australia so far have managed about ten in their 120-odd deliveries.

It might not seem like a big deal, but Test cricket always magnifies flaws. And on a day made for batting, on a pitch whose only danger being that balls whizz past your head a bit faster, the Proteas’ resolve was forgettable.

Sure, Australia had a bit of luck, snaffling some phenomenal catches with their Velcro hands. And Mitchell Starc, essentially playing with a stitched up hole in his foot after stepping on the metal part of a stump a few weeks back, made a real menace of himself. But the first innings total belies the conditions. Comparatively, too, Australia’s bowling was more aggressive, more annoying and a bit sprightlier than South Africa’s has been so far.

The woes might have been quickly forgotten had South Africa managed to dismiss dangerous David Warner early on, but even that came with a wobble. Vernon Philander had Warner leg-before, as seen after referring the not out decision of umpire Aleem Dar. Disastrously for Philander, the review also revealed a no ball and Warner stayed on, adding a further 56 punishing runs (and counting) for the mistake.

Warner’s knock wasn’t exactly stylish, but it was immensely effective. While you hardly expect beautifully crafted drives from the stocky opener, there were enough edges and slashes over the slips which, if Lady Luck was smiling on South Africa, might have been taken.

But South Africa’s bowlers were not without their faults either and for all Du Plessis’ swagger he showed during the recent one-day series, it was starkly absent as the frustration began to build. Lines and length weren’t disastrous, but with so few runs on the board, the bowlers seemed somewhat hesitant to try anything “funky”. Kagiso Rabada was the only bowler who dared try come around the wicket. Unlike the Aussies, South Africa’s plans seemed a bit uninspired – a curious case considering the experience between the two opening bowlers and that Dale Steyn was hitting the deep 140km/h mark for much of his first spell.

Day two is only going to get worse. It’s going to be hotter and the pitch is going to get flatter. The bowlers are going to need more patience and will have to hatch plans to delay this glut of runs early on.

Curiously, the Proteas omitted Morne Morkel, opted for three seamers and a spinner. While the inclusion of the spinner is warranted, it’s the exclusion of Morkel that has caused some consternation. On one of the fastest decks in the world, South Africa’s lanky pacer will be forgiven if he is a bit miffed about missing out on having a crack. If Mitchell Starc was cranking it up to over 140km/h in his first few overs – imagine what Morkel could have done?

There are some suggestions that management might not consider Morkel to be 100 percent match fit, but on such a bouncy deck, hindsight might end up being 20. If you’re still searching for a positive somewhere, though, South Africa do have a reputation of starting off slowly and managing to dig themselves out of all sorts of holes. DM

Scorecard summary: Australia trail by 137 runs with 10 wickets remaining in the first innings